'His death could have been preventable' | Takoma in mourning over 21-year-old hit, killed by car

According to DC police, 21-year-old Timothy Abbott was struck and killed by a driver at the intersection of Piney Branch Rd. and Dahlia Street on Monday. 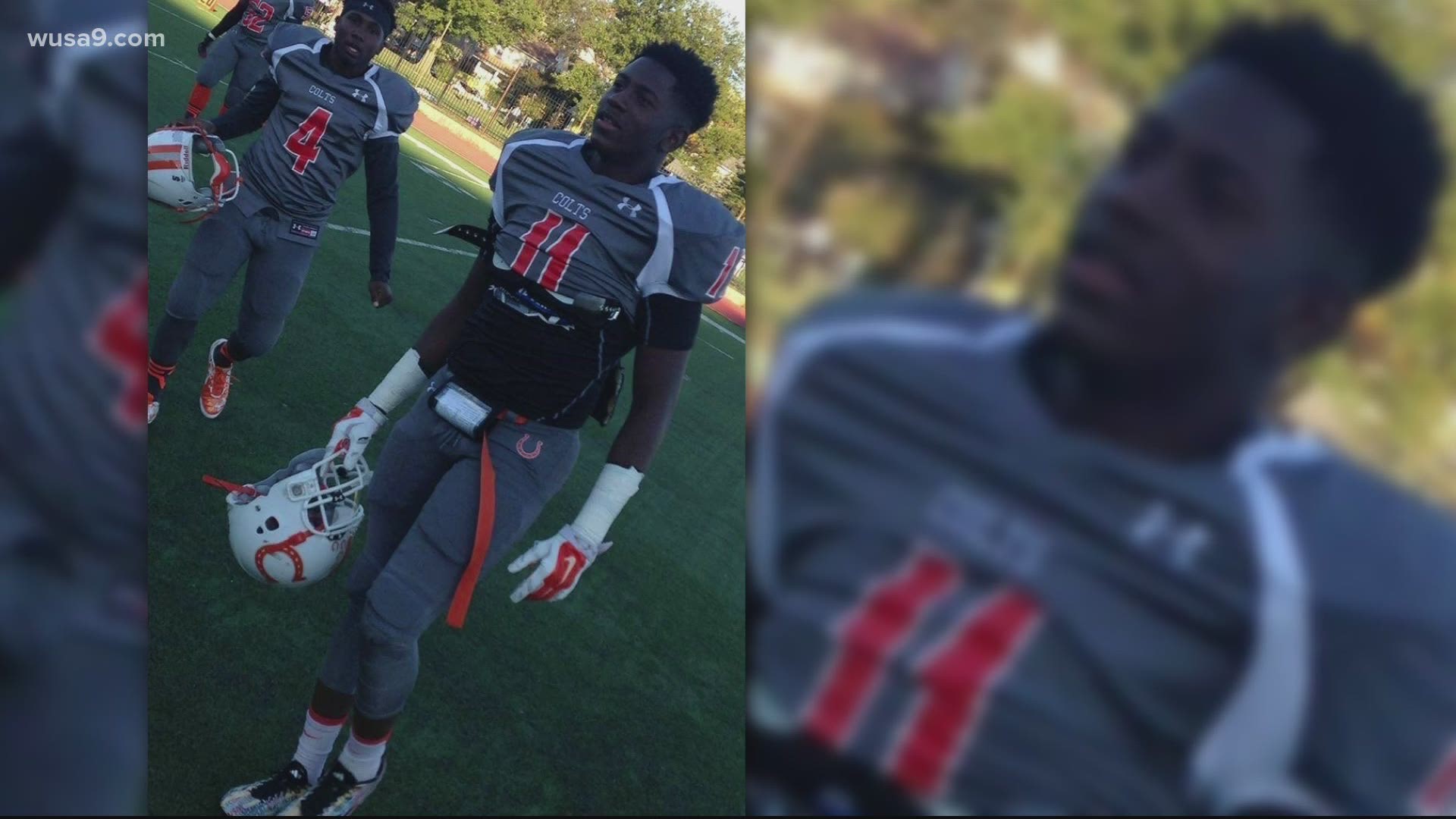 WASHINGTON — This past Monday, 21-year-old Timothy Abbott was struck and killed by a driver at the intersection of Piney Branch Rd. and Dahlia Street, according to DC police.

A GoFundMe page set up by his mother, Terri Abbott, describes Tim as "family-oriented." It said Abbott was a student at the University of the District of Columbia, majoring in business, with plans to be an entrepreneur. His friends described him as funny, a jokester and nice to be around.

Abbott’s friends and community members told WUSA9 they believe his death could have been prevented.

At the corner of Piney Branch Rd. and Dahlia Street in Northwest, there are a few signs telling drivers to stop for pedestrians, but there aren’t any stop signs.

Trinity Episcopal Church is located on the corner where Abbott was killed. The church's rector, Reverend John Harmon said that in his 20 years with the church, he has experienced a number of traffic issues, including a blind spot and two traffic lights people are trying to beat. He says the community has been reaching out to the DC Department of Transportation for years about these issues.

"I’ve been to that corner before and I definitely believe that his death could have been preventable," Abbott's former teammate Demetrios Washington said.

Washington is mourning the loss of his former teammate. On Wednesday, he went to the corner where Abbott was killed to lay flowers in his memory.

"At that intersection, there is no stop sign," Washington said. "There is a sign that says ‘stop if you see a pedestrian,’ but it’s all the way in the corner. Other than that there’s no stop sign for either side of the street."

When WUSA9 went to the area, we saw at least three signs warning drivers to stop for pedestrians, but no stop sign. According to ANC commissioner Evan Yeats, this is an issue that his constituents have been concerned about since at least 2014.

"In December 2018, I had the DDOT Safe Routes to School coordinator come out and do an assessment, and he made recommendations that were never implemented," Yeats said. "I also partook in the Rock Creek park East Livability study, which took place in 2019, which also made recommendations for traffic calming in this area that were not implemented."

WUSA 9 reached out to DDOT for comment. A spokesperson said that their records show between 2017 and 2019, there were 13 incidents at this intersection resulting in four minor injuries. Regarding the East Rock Creek livability study, the spokesperson said the final report on that is still in progress. She issued this statement:

"DDOT, on behalf of the Bowser Administration, shares in the community’s grief over the death of Timothy Abbott. Our team recently completed a comprehensive study of the entire corridor to determine the type of safety interventions we can implement to make it safer for all users of the roadway, which is a priority under the Mayor’s Vision Zero DC Initiative. Over the next 2-3 weeks, we will install some short-term safety measures, while we work on a long-term plan for the corridor."

WUSA9 asked what those interventions would include, and the spokesperson said DDOT will install additional paint and flex posts and will look at recommendations in the livability study.

But Reverend Harmon said he feels the changes took too long.

"The disappointing thing for me," he said, "is that it takes the death of someone to get attention."