Heat emergency: Here’s how to protect yourself during this week’s hot days

Sunday kicks off the hottest stretch of the year so far, with Tuesday expected to hit 100 degrees 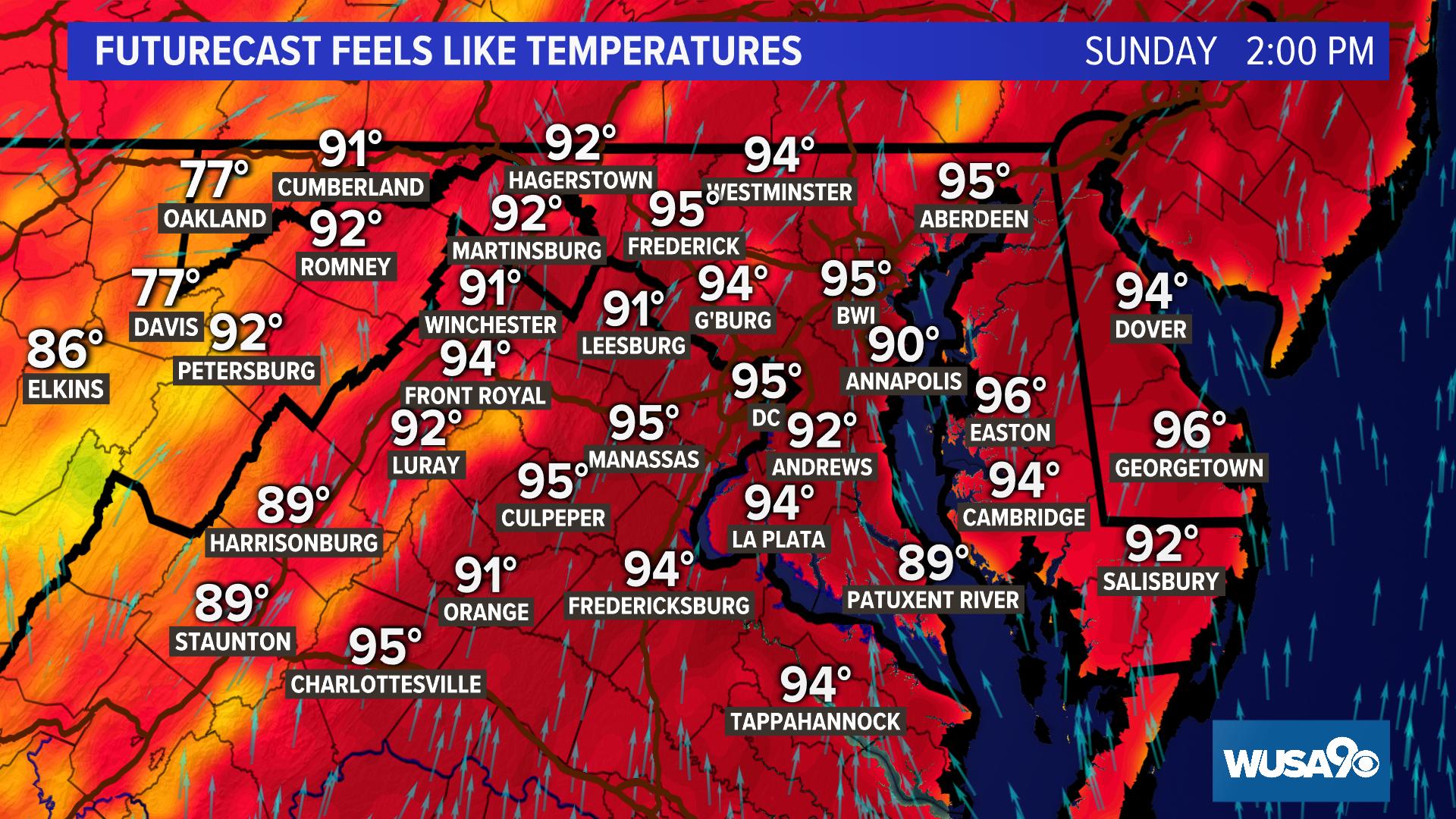 WASHINGTON — The D.C.-region will see some hot temperatures in the coming days, starting on Sunday as highs hover around 90 degrees. The heatwave will then continue into Monday, with high temperatures well into the 90s and heat index temperatures in the upper 90s. Heat indices will soar to 100 degrees by Tuesday and Wednesday.

The high temperatures have already activated the District’s Heat Emergency Plan, which goes into effect when the temperature or heat index in D.C. reaches 95 degrees.

RELATED: Sunday kicks off hottest stretch of the year so far

Although a bit of heat in the summertime is a classic hallmark of the season, it can cause events to unfold that are much darker than evenings spent lounging poolside.

According to the VERIFY team, historically, heat has led to the most weather-related deaths in the U.S.

The CDC tracks heat-related deaths in the United States and says around 618 people are killed by extreme heat annually. The number of heat-related deaths was even higher for a 15-year span from 2004-2018, according to a CDC morbidity and mortality report.

RELATED: Yes, heat is historically the top weather-related killer in the US

Extreme heat has also been shown to disproportionately affect people of color who populate especially hot, concrete-laden urban areas, which go on to develop into "heat islands," as outlined by a new study published in May in Nature Communications.

(6/26 10:00AM) A Heat Emergency has been issued for DC for Sunday, June 27, through Wednesday, June 30. Heat index of 95 degrees is expected. Visit https://t.co/URE9GBfN7u to find a cooling center near you. Find tips to beat the heat at https://t.co/hjWz8VoxZY. #StayCoolDC pic.twitter.com/j6hTnQx96C

Using government temperature and census data, researchers examined the distribution of heat islands – parts of cities with higher average temperatures than the surrounding areas. The study found that during the summer of 2017 in nearly all large urban areas, the average non-white person lived in a census tract with higher heat island intensity.

The researchers used heat islands as a proxy for exposure to extreme heat. These places are usually landlocked, with little to no grass, trees or bushes. Because of this, they typically attract and retain more heat than surrounding areas. With climate change warming the planet, heat islands have been increasingly scrutinized by environmental scientists over the last decade.

QUESTION: So how can you be sure to protect yourself, your loved ones and vulnerable neighbors as temperatures rise?

ANSWER: Start by checking in on them; particularly elderly companions and others who may be susceptible to struggles caused by the heat.

Select D.C. facilities are also open to the public, called “cooling centers.” The District provides transportation to the centers if needed. For more information on where to go, call 311 or text 311 to 32311. Click here for the locations and additional details.

To find cooling centers elsewhere in the DMV, be sure to contact or check the webpage of your local county for announcements. The City of Alexandria also offers multiple locations as options, including recreation centers and libraries, as well as assistance for adults 60 years of age and older.

Also, be sure to apply sunscreen (SPF 15-30 is recommended) at least 20 minutes before going outside and consider generally canceling outdoor plans.

RELATED: Explainer: What's behind the heat wave in the American West?

However, if you do proceed, the CDC reminds you to pace yourself, drink plenty of fluids even when you are not thirsty, eat light meals and wear loose-fitting clothing. Generally, it is best to keep to indoor, air-conditioned spaces and be sure to never leave children or pets alone in cars during this time.

“Walk pets early in the morning and avoid being outdoors in the middle of the day if possible," the D.C. government outlines. "It's important to note pets can also experience heat exhaustion. If you are hot, so are they!”

Take note of the signs that you could be struggling with the heat, including the following conditions, as stated by the D.C. government; 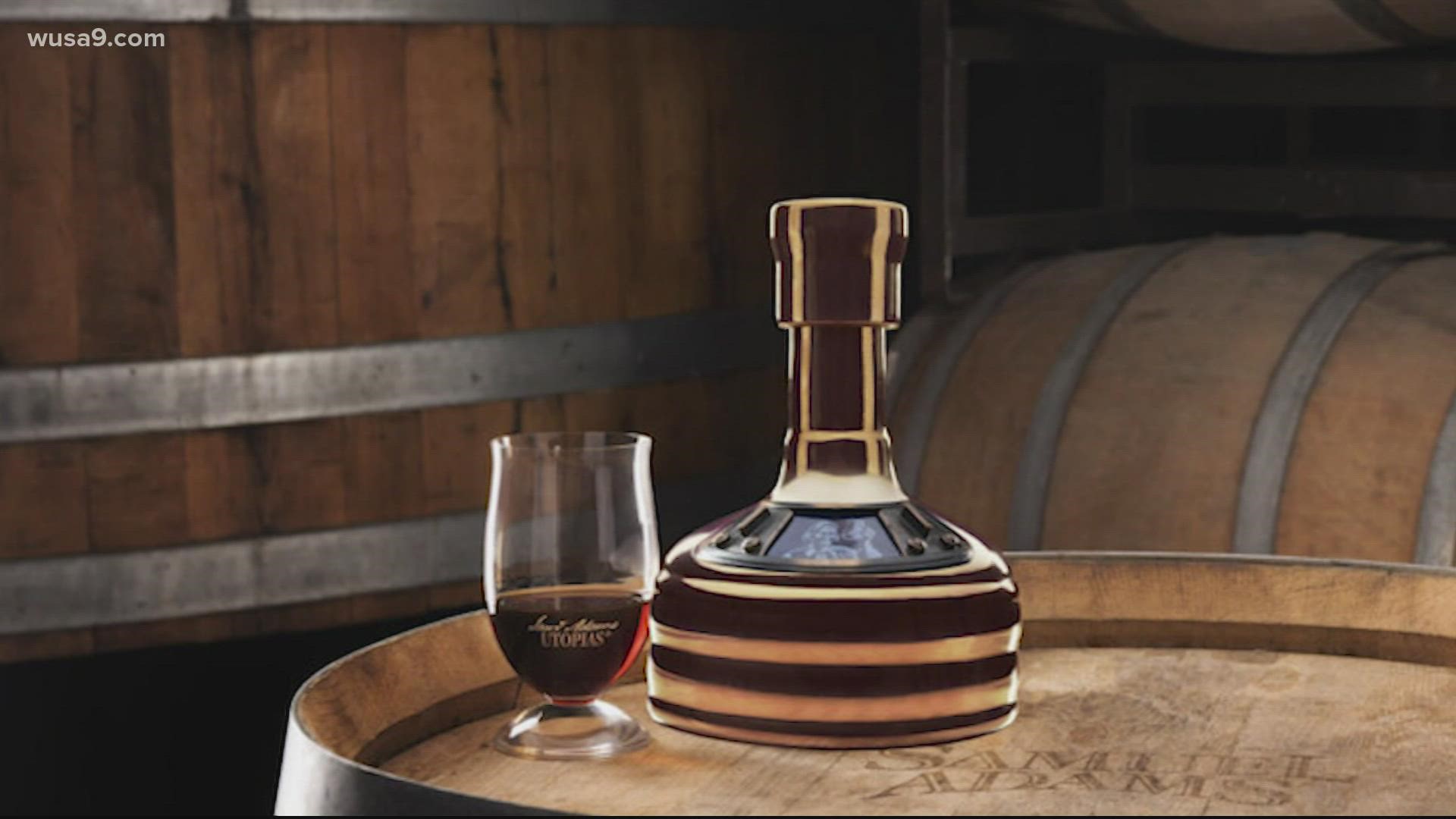