After a career in the printing industry, Joe Tierney blazed a path (and a blunt) into the growing commercialization of cannabis. 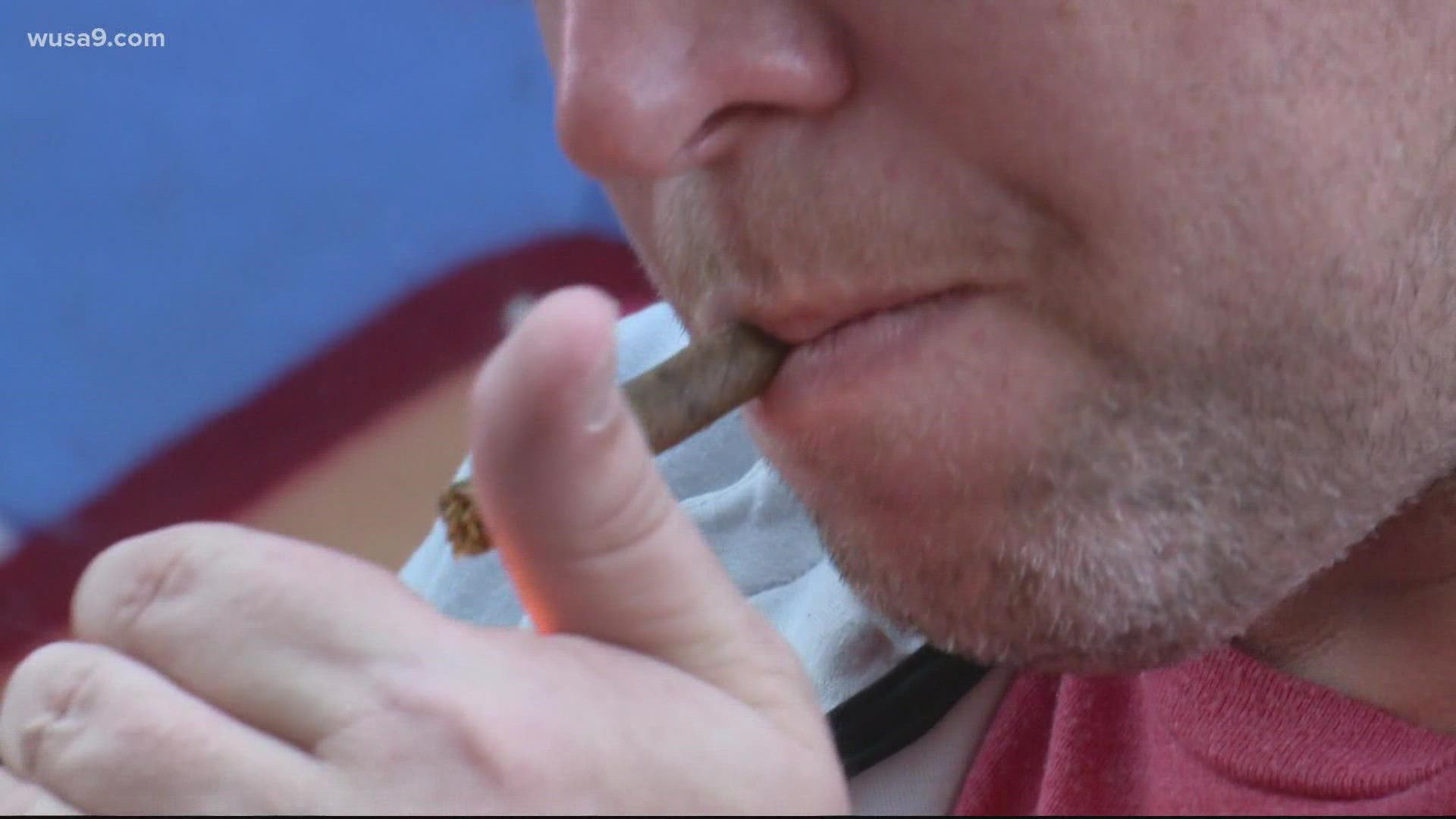 WASHINGTON — After thirteen years in the printing business, Joe Tierney decided it was high time for something else.

There was a buzz rippling through America and money to be made in the marijuana industry as states followed the lead of Colorado and began to legalize and license the sale of cannabis products.

Tierney wanted to know all he could about marijuana. But it takes money to make money. And he couldn't afford the massive pay cut he'd need to take in order to apprentice and work his way up the ladder in a cultivation facility in California.

He also couldn't land a job at a D.C. dispensary because of his lack of experience in the industry.

The turning point came in 2014 when D.C. voters overwhelmingly approved Initiative 71 which legalized the possession of small amounts of marijuana.

I interviewed a weed critic.
That's right -- a marijuana critic, for a story coming next week on #OpenMic w/ @reesewaters @gentleman_toker writes a marijuana blog.
He schools me on the highs and lows of finding quality cannabis. @wusa9 pic.twitter.com/HfO76SmXHt

“I really wanted to be a part of Initiative 71," Tierney said, meeting WUSA9 at Legacy D.C. on U Street. "Frankly, starting a blog, was the cheapest way to get into the marijuana industry.”

His website and blog, 'The Gentleman Toker', is now his full-time job. His readers are not just local to D.C., but from all over the country and in different parts of the world.

“This is my whole goal with starting the site. To educate people on what quality cannabis is,” said Tierney. "And tell them these are some things to avoid."

TONIGHT >> His full time job is writing about weed.
Meet the @gentleman_toker
He sparked one up on U Street and talked with us about life as a marijuana critic. #OpenMic w/ @reesewaters
7pm @wusa9 pic.twitter.com/Pjz1pl7UO3

When I referred to Tierney as a 'Sheba sommelier', the comparison between what he does and a wine connoisseur and resonated with him. He explained that, culturally, we're at the same point in time with weed where we were with wine twenty to thirty years ago.

But, Tierney quickly pivots to explain that his reviews don't read like snooty wine descriptions.

“I’ve always tried to write about (marijuana) in a fun way. That’s what I kind of wanted to avoid,” said Tierney.

What?! 👀 USDA Organic 🌱?! The Gentleman Toker gives you the deets on organic greens in our latest editorial 📰

Read all about it on our site 👉https://t.co/rSmcJYhrxB

Distinguishing between different marijuana strains is Tierney's specialty. Differences can be noted with the color of the marijuana for sale, and also its odor.

“That one got some sweetness to it," says Tierney, lowering his mask and sniffing a jar of 'platinum bubba kush'. "It's overall earthy but you can pick up some sweet tones. Basically, if it smells good to you. If it's appetizing to you, that’s great stuff right there."

“Good weed smells good. It tastes good," said Tierney. "If you don’t like it, that’s probably not been grown the best.”

In addition to reviews, Tierney also writes other articles. For instance, one article highlighted 'five places to explore while stoned in DC'.

"Recently I did my five great places to smoke in DC," added Tierney. "That’s complicated by the fact a lot of D.C. is Federal land. The scenic places fall on these lines."

I queried if that meant the Lincoln Memorial was off-limits for blunts to be smoked.

"Certainly not during the daytime, you might get away from that at midnight," Tierney said.

As D.C. inches closer to commercial sales of marijuana, Tierney is keeping a watchful eye on D.C. Council and its progress. He's confident he made the right move with his career change.

"It's been a wild ride," Tierney said. "I did not want a boring job and I did not get one."

This high school sophomore has more than 700k people following his cooking skills on TikTok. 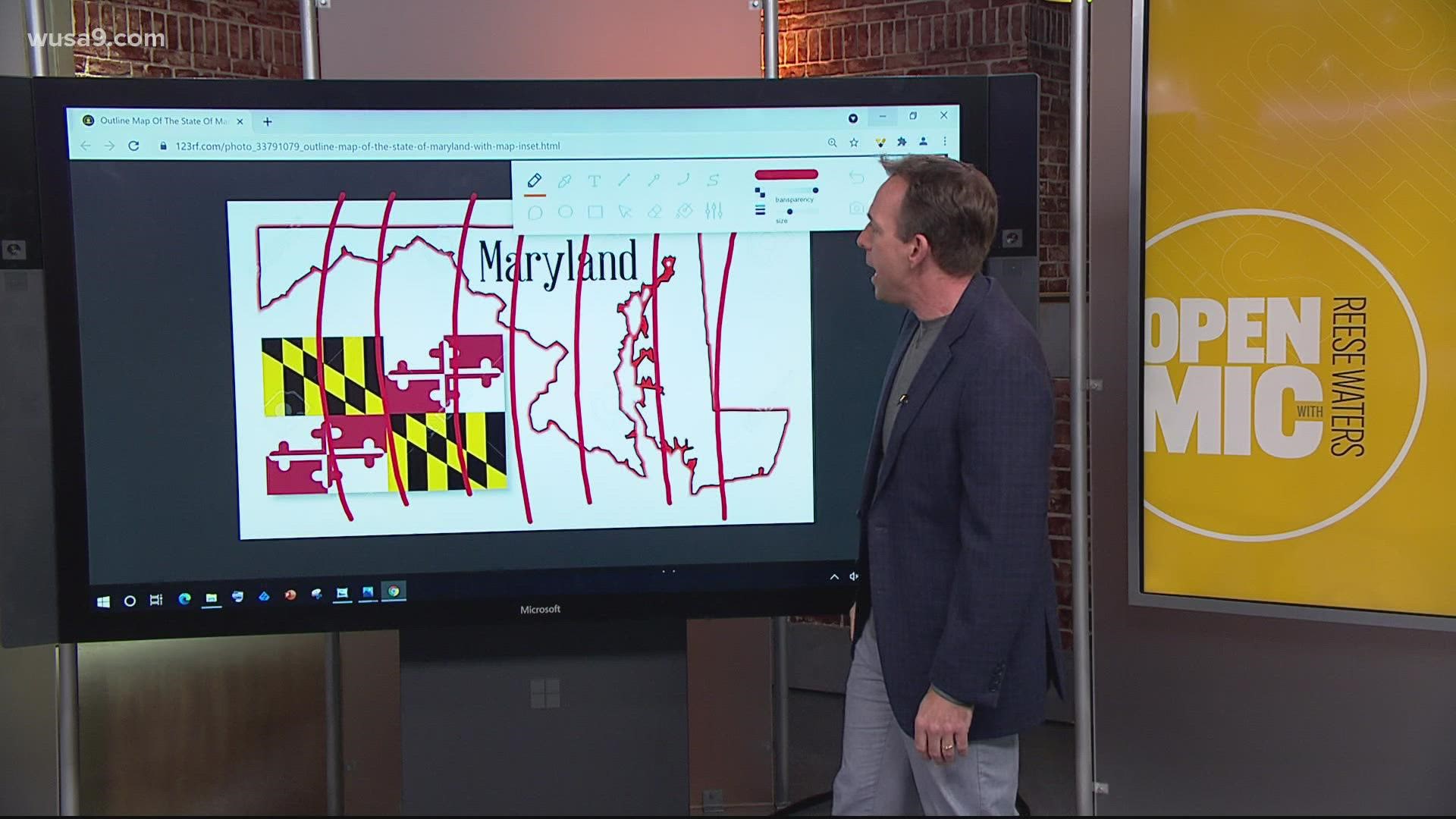