He used to experiment on pizza in a Bethesda apartment. Now, he's considered one of the world's best pizza makers

Andy Brown of Andy's Pizza invited WUSA9 inside his kitchen to talk about his aspirations of achieving pizza greatness. 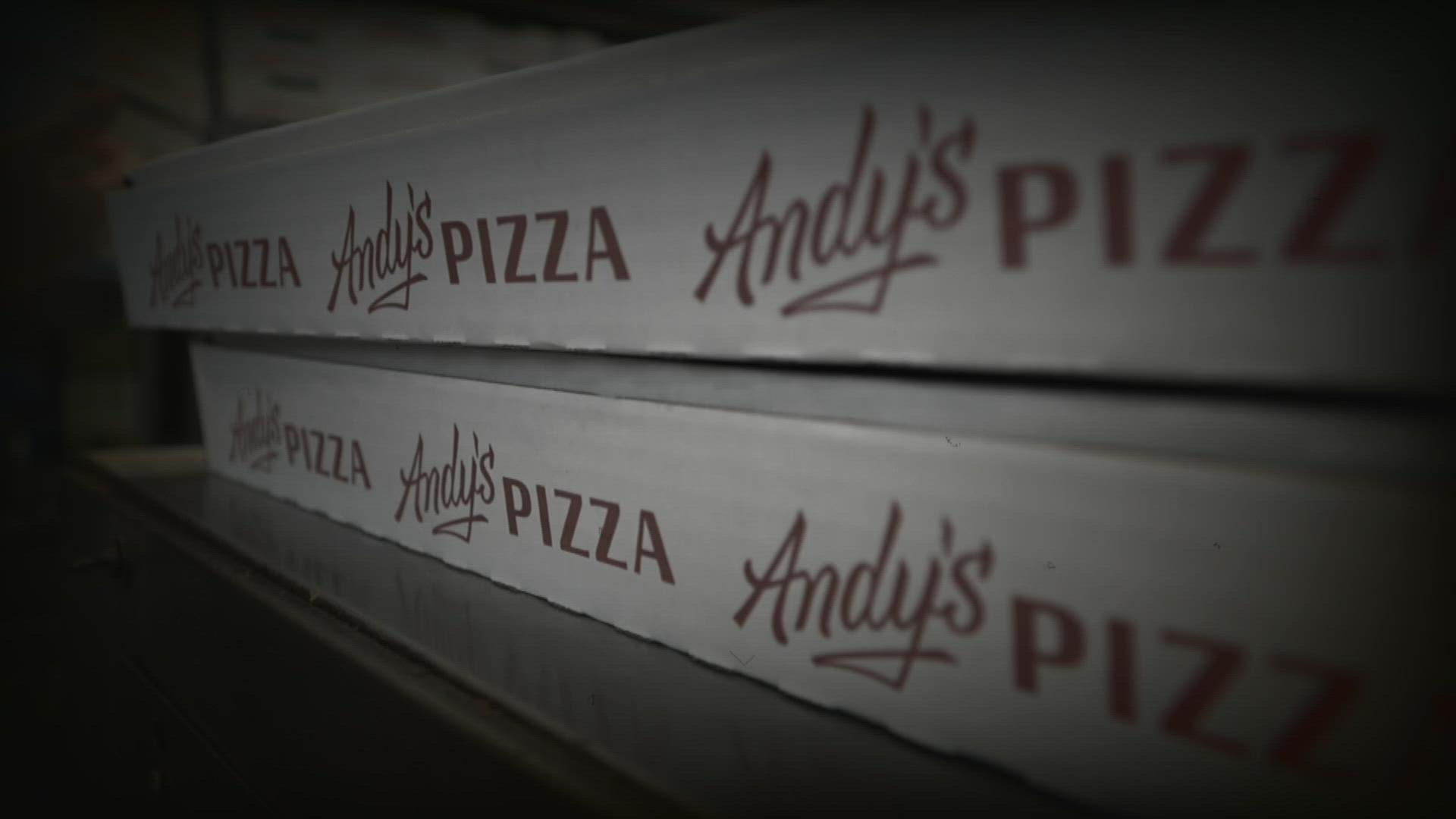 TYSONS, Va. — At 25 years old, aspiring restaurant owner Andy Brown had reached a crossroads. Three years into experimenting as a self-proclaimed "pizza scientist" he was cranking out pizza for friends every Monday night.

"I was obsessed with what goes into the pizza, Brown told WUSA9 during a visit to his first restaurant at Tyson's Galleria in McLean, Virginia. "I had twelve people over in my studio apartment and I said to them, 'I changed the yeast one percent. Can you tell?' And they're looking at me like, are we out of beer?"

Fast forward to 2021 and not only can Brown boast of owning five restaurants in D.C. and Virginia, but he's also just won an international award for best traditional pizza at the International Pizza Expo held in Las Vegas.

"It always starts with the dough," Brown said. "Dough is probably what we do best here. The most important thing is that time is flavor with bread."

In fact, the only thing Brown says he brought with him to the International Pizza Challenge competition were six dough balls he grabbed from his Tyson's store on the way to the airport. He put them into a styrofoam cooler and that was his carry-on luggage for the flight to Nevada.

It's a long way from where he started.

"I started making pizza about twelve years ago at home," Brown said. "It was a pizza stone in the oven and I upgraded to a little oven I perched on top of a floor speaker in my studio apartment. Every day I tried to learn. I'm rigorously recording all my processes, all my steps and what I did to make a better pizza."

He worked meticulously on his craft from a crammed studio apartment.
Now, Andy Brown has five restaurants and an award for the world’s best cheese pizza.
Wait till you hear his story from the International Pizza Challenge. @wusa9 7pm with @reesewaters on #OpenMic pic.twitter.com/Nk3HDLNKwa

"He clearly beat out some outstanding pizza makers," said Bill Oakley, show director of the International Pizza Expo. "He's truly one of the best pizziolos in the country if not the world."

Oakley confirms that Andy's Pizza can legitimately claim to have the best cheese pizza in the world.

"He clearly has risen up amongst a lot of pizziolos and pizza makers throughout the world and is really at the pinnacle of success," Oakley said.

Much like a conference for accountants or radiologists, the International Pizza Expo is an annual get together for people and companies involved in the business of pizza.

The International Pizza Competition is part of the Expo and pies are separated into three categories; traditional (which Andy's Pizza won), non-traditional and pan. Judges examine the pizzas based on its crust, sauce, cheese and toppings, overall taste and creativity as well as its visual presentation.

Brown and other pizza makers were allowed to bake two pizzas during the competition. He says his first one didn't come out perfectly and it was the second that won the competition.

He also talked about the pressure of being surrounded by world-class pizza chefs.

"I'm next to an Italian pizza maker. He's looking at me and he's got exotic cheeses, an olive oil eye dropper and a pastry brush with his flower. And he looks at me and I've got a can of tomatoes that I've added a little bit of salt to, a bag of whole milk mozzarella and a doughball," said Brown.

Brown describes his winning entry and the cheese pizzas he and his staff prepare every day.

"Crispy on the bottom, soft and chewy on the inside," said Brown. "You get some brightness. Some acid from the tomatoes. Some fatty from the whole milk mozzarella."

Since winning the competition and getting more attention, Brown has increased his staff and inventory at his restaurants. He plans to open a new location in Adam's Morgan soon. 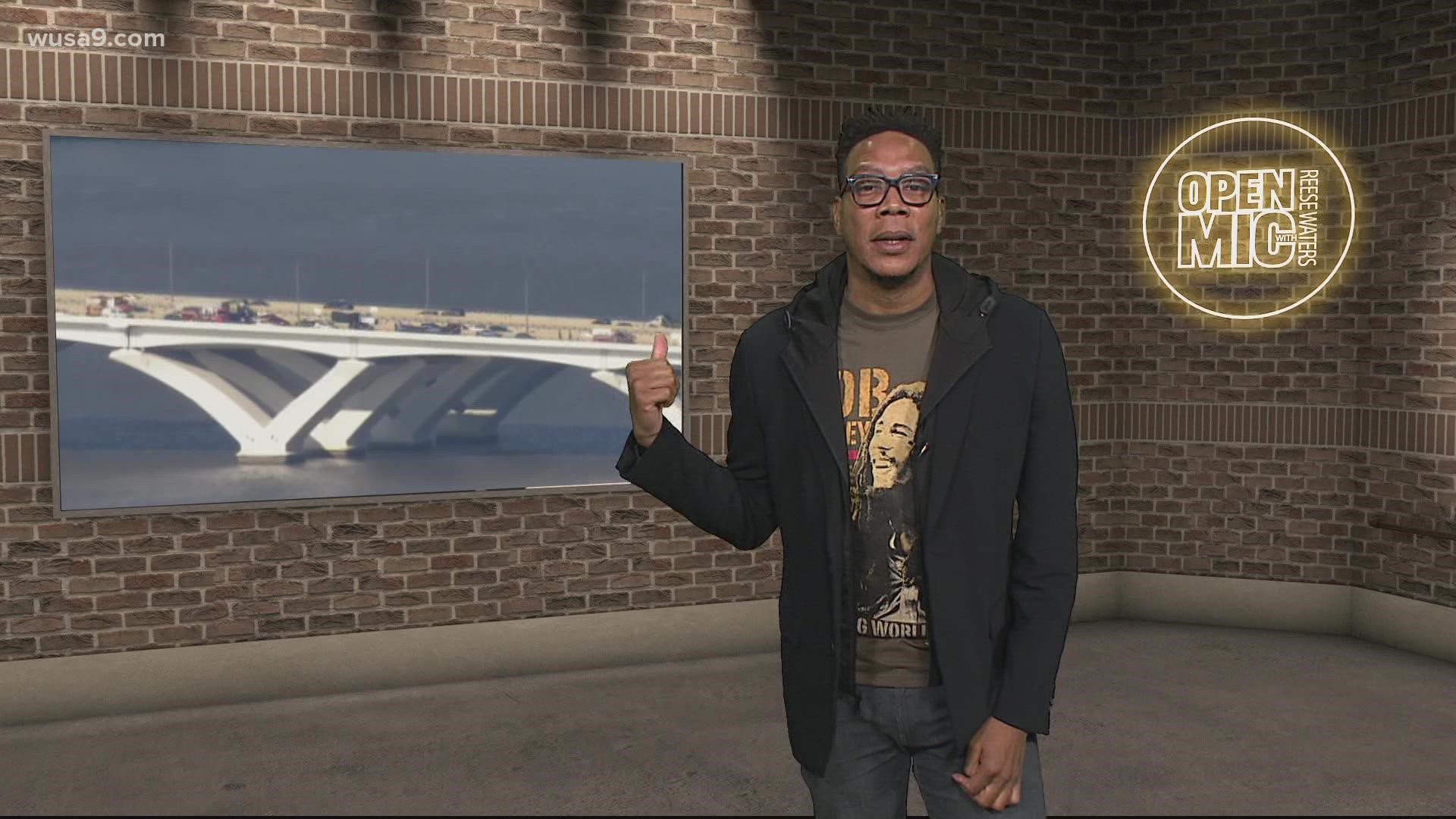 COMMENTARY: Study claims Alexandria drivers are some of the rudest | Mic Drop