Where Did Mumbo Sauce Really Come From?

Whether or not you've tried the sweet and spicy dressing, there's no doubt Washingtonians love it. But much to their dismay, the sauce didn't actually originate in The District. 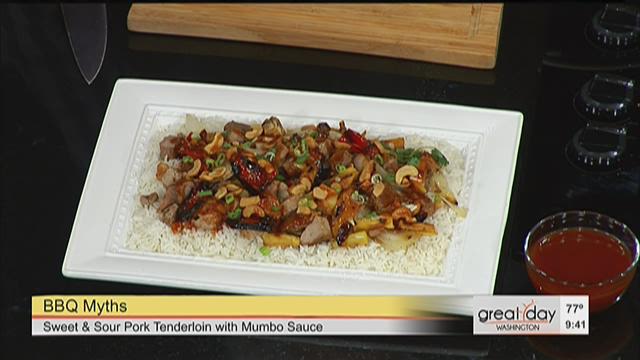 What’s the spicy-sweet hodgepodge found primarily at Asian restaurants and chicken joints? Mumbo sauce, of course. And if you think it sounds a bit strange, don’t mention it to D.C. natives. The beloved dressing can be found across the city from Petworth to Chinatown.

“It’s indigenous to certain ethnic neighborhoods,” said Meathead Goldwyn, a grilling expert and author of the book, “The Science of Great Barbeque and Grilling.”

Goldwyn is referencing Mumbo sauce’s esteemed place in the city’s African American community. It’s one of few foods D.C. claims as its own. However, far less white residents know about the heavily sweetened, tomato-based concoction. In the District, it’s used primarily on fried chicken, but Goldwyn makes his own version and uses it as barbecue sauce.

To the dismay of adoring Washingtonians, this iconic sauce probably has roots in the Midwest. The sauce was originally marketed by Select Brands in Chicago. There, it was a specific product, rather than an all-encompassing name like its D.C. counterpart.

“We think it migrated to D.C., but D.C. took it and ran with it and it became a generic style of sauce,” said Goldwyn, who is from Chicago.

Recently, a D.C. native who makes her own brand of mumbo sauce filed a petition to dismiss Select Brand’s 1950s trademark and make mumbo sauce an official generic term. The courts brushed aside her plea, however, citing that, even around the city, there are variations in spelling and pronunciation.

For now, Chicago has Washington beat on the legality of mumbo sauce, but the real ownership will live on in the heart of the nation's capital.