There is a sense of anticipation building at Wolf Trap National Park for the Performing Arts. The buzz is growing as staff and volunteers get ready for an exciting summer season of performances. 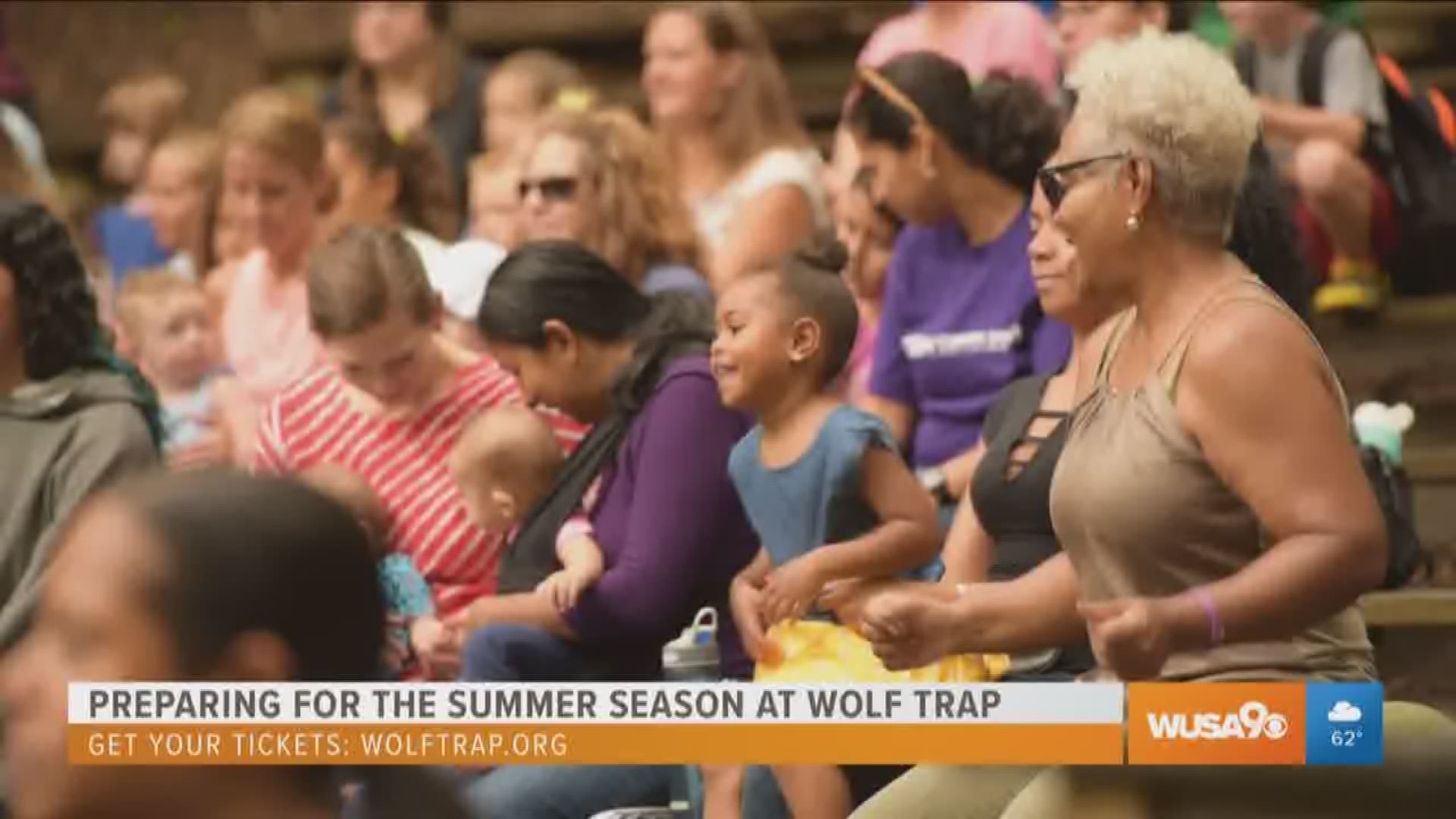 VIENNA, Va. — There is a sense of anticipation building at Wolf Trap National Park for the Performing Arts. The buzz is growing as staff and volunteers get ready for an exciting summer season of performances.

"It's kind of like all the bees are in the hive at the maximum activity, because everything has to get done before the first patron comes in at 6:30 p.m. on opening night," says Arvind Manocha, Wolf Trap Foundation President and CEO.

Manocha says after many seasons at Wolf Trap it's easy to distinguish the regulars from the first timers. But once you've been there, the experience speaks for itself.

"I think when people come to Wolf Trap for the first time they are hooked. There's that moment they realize, 'I need to start making Wolf Trap part of my summer traditions.'"

The sense of joy experienced at Wolf Trap is deeply rooted for some folks, but it's not your parents' Wolf Trap. With new features like big screens on the lawn, sustainable food initiatives, a partnership with Lyft, and chart topping artists there is something for everyone.

"I think people really think of Wolf Trap as a part of their lives. It's not just a moment; it's not just a temporal experience. It's part of the reason why they live in this area." Manocha said.

Wolf Trap is the only National Park dedicated to the performing arts. "All the work we do couldn't be done without the help of volunteers," says Superintendent George Liffert.

Liffert also is prepping the park for the summer with the help of stage hands, staff, and more.

"We have a tremendous amount of prep work to get the grounds looking nice, plus the behind-the-scenes training for the staff who come on during the summer."

Everyone at Wolf Trap will be ready for a great season full of memorable summer days and nights. The only thing that could be missing is you! Grab your friends and family and get ready to make some memories at Wolf Trap, where music is their nature.