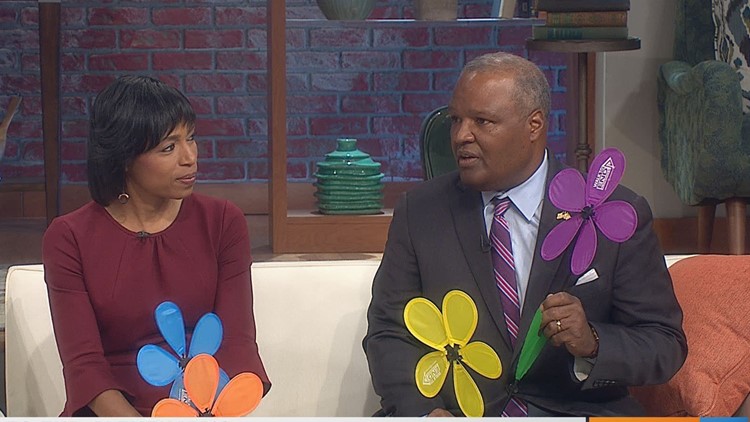 WASHINGTON — As of right now, there are no survivors of Alzheimer's but local officials urge everyone to donate to help researchers come closer to a cure.

The first of seven Alzheimer's fundraising walks is happening at the National Harbor in Prince George's County Saturday, September 14th.  The first Walk to End Alzheimer's in the county took place in 2014 and raised more than $77,000.

This year, Prince George's County officials are anticipating 1,000 walkers with a goal to raise $205,000.

Alsobrooks is the honorary chair of the National Harbor Walk and she talks about the challenges that her family faced while treating her grandmother and different ways that they had to cope day-to-day.

"Sometimes you have to even introduce humor to cope with it as a family but it is something that caregivers experience, two-thirds are women and we just don't.  We don't discuss it in public and we need to," adds Alsobrooks.

Baker says, "You find that especially in the African-American community and Latino community is that we don't go get diagnosed, we don't see doctors and then we see the signs and we don't act on them."

Through his experience, Baker notes that it's important for families and caregivers to know that there are resources, and he applauds public figures like County Executive Alsobrooks who is using her platform to help spread the word.

"There's help out there... and that's why the Alzheimer's Association is so important," adds Baker.

The Walk to End Alzheimer's at the National Harbor is happening Saturday, September 14th.  For more information and to sign up or donate visit alz.org/walk.  The website also has information about the upcoming walks that are happening in the District of Columbia, Maryland, and Virginia.

The Promise Garden ceremony is an integral part of the Walk program.  Below is an explanation of the significance of the colors of the flowers from the Alzheimer's Association: