Singer-Songwriter Tony Adé wants you to get moving!

Get to know more about the Nigerian-American and projects he's worked on. 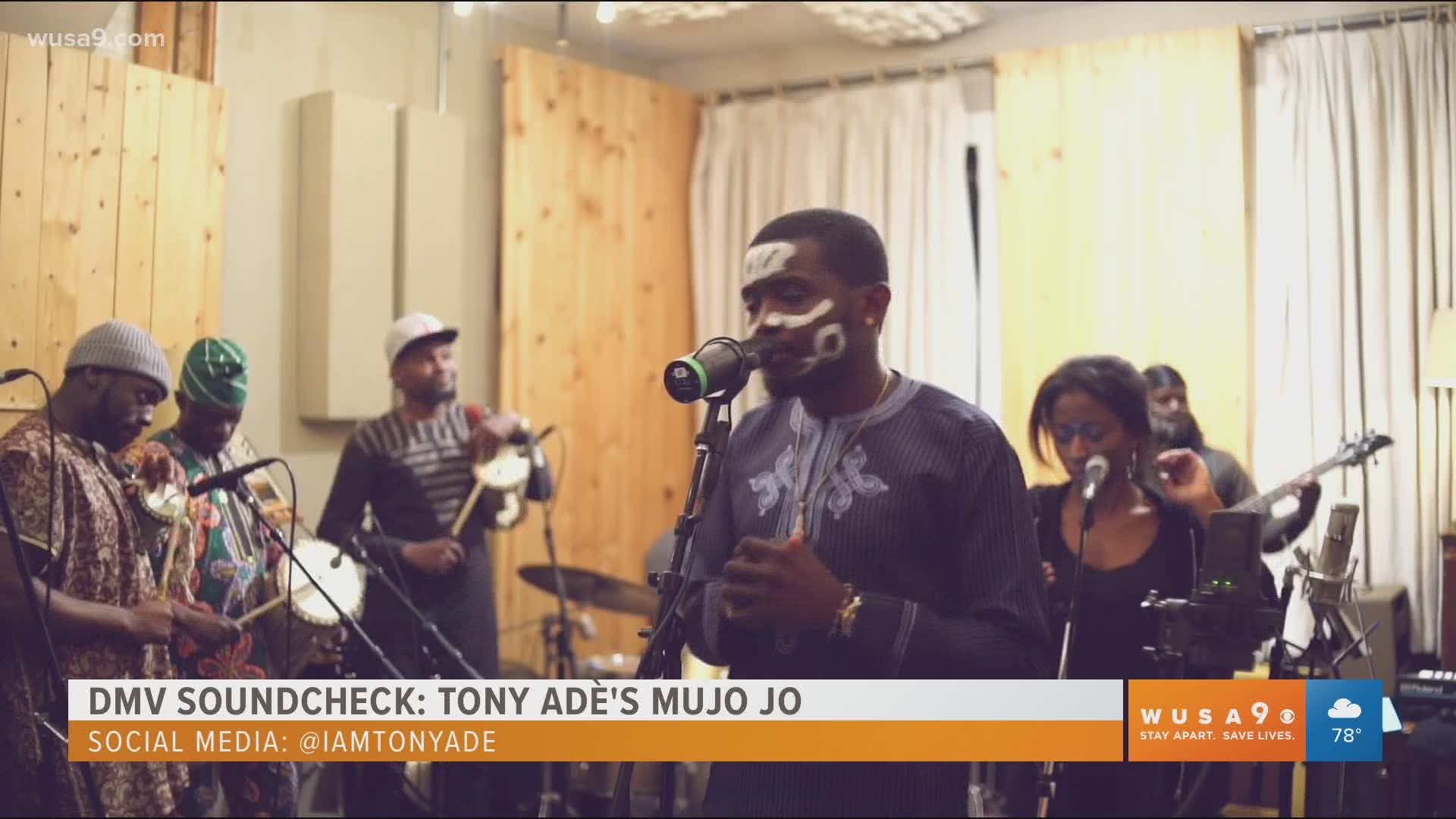 WASHINGTON — A self-taught musician and first-generation Nigerian-American, Tony Adé submitted his music video “Move Your Body (Mujo Jo)” for last Friday’s DMV Soundcheck. As Adé reflected on the various negative situations we face daily, he wrote this song to remind us that we need love and positive vibes in our lives, which can be expressed through “Move Your Body, Shake Your Body and Mujo Jo In Happiness.” The single has received quite a bit of buzz on YouTube with almost a thousand views within the first month of being posted.

The multi-instrumentalist began his music journey at four-years-old when he played the drums in church. Then, the adolescent musician progressed to the piano, bass guitar, singing, and various African percussion instruments. As he learned to master multiple instruments, he began to produce and compose music alongside other artists, which primed him to be the first music director in the United States to facilitate the live band for the biggest global Afrobeats festival series, known as One Africa Music Fest. Adé is also recognized as the first artist to implement the Nigerian talking drum in Western Pop music culture when he performed live on the Tonight Show starring Jimmy Fallon with Janet Jackson as she performed her single “Made For Now” featuring Daddy Yankee.

His project title was particularly meaningful to him as seraphic is a term to represent spiritual and angelic atmospheres and alpha is a synonym for "beginning" or "first". Ade's music reflects his religious roots and personal inspirations.

In addition to spreading love and positive vibes with his music, Adé wants his audience to be free and express themselves and not worry about trying to conform to society and live their best life.

You can follow Tony Adé on Instagram @iamTonyAde to see when and where his upcoming shows will be. Sponsored by the DC OCTFME.