A new set of hopeful contestants put it all on the stage on the second night for a chance to win The Sound. 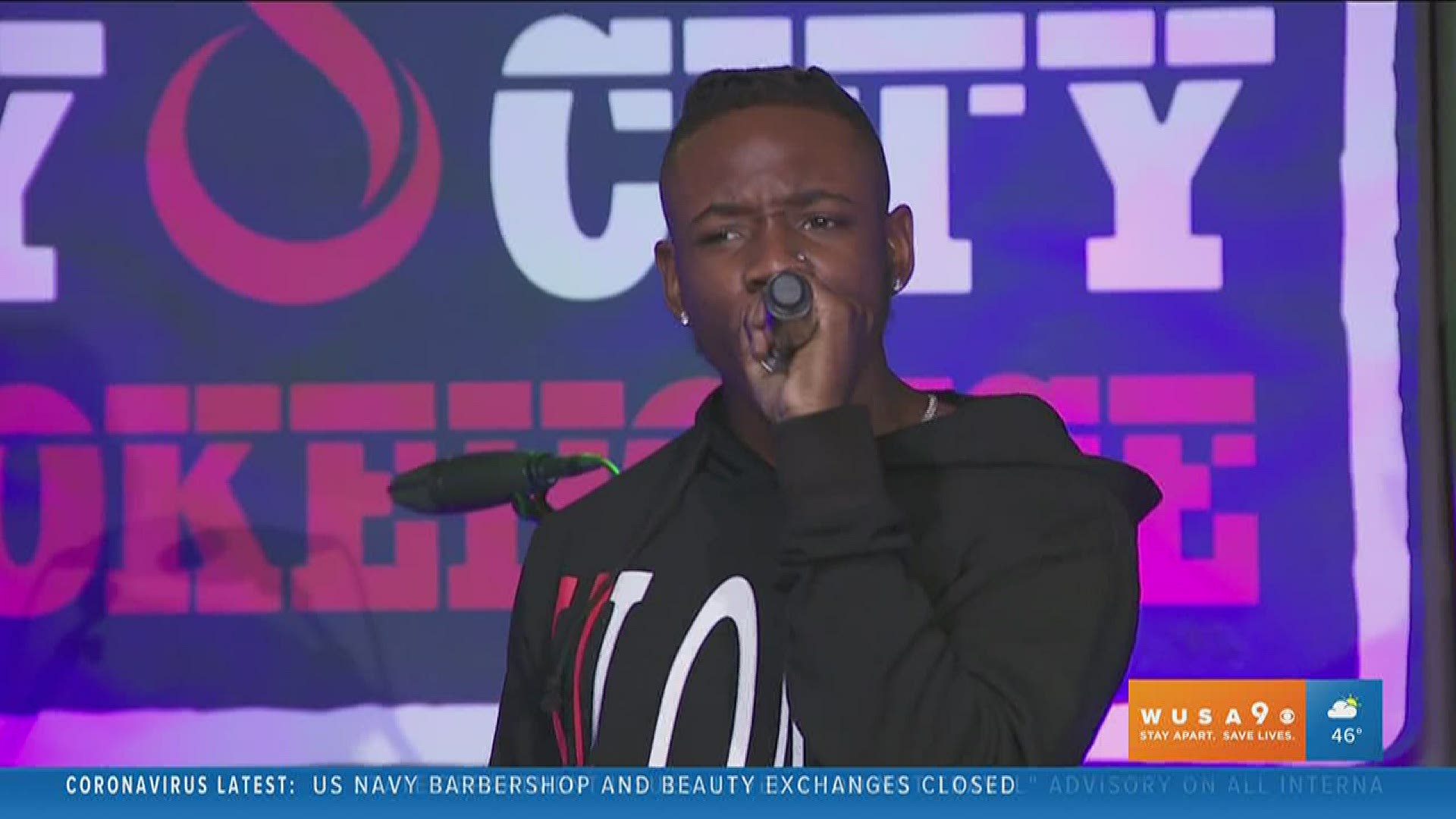 On today’s DMV Soundcheck, we aired highlights from Day 2 of The Sound competition, a platform where breakout artists around the District come to be heard. The second night of competition introduced an all-new set of five contestants where they performed in front of a live audience and a panel of judges that are representative of the music industry. Performers include Jenna Camille, Pauly DiNero, Skyline Hotel, Tre Burwell, and Bellwether Bayou.

Jenna Camille is a singer-songwriter who performed with her five-member band called The Free Radicals. Camille began her music journey at 4-years old when she sang the 1994 smash hit “You Gotta Be” by Des’ree. She embodies the lyrics “you gotta be bad, you gotta be bold, you gotta be wiser,” which made her the confident artist she is today. The multi-talented artist is a classically trained pianist who studied jazz at Michigan State University and studied at the New Sewell Music Conservatory. After her studies, Camille has been performing professionally since 2013.

Pauly DiNero is a Deleware native who has since moved to the District. DiNero started rapping at the age of eight and his faith in God was the engine behind his gospel-inspired raps. His raps have since evolved, but his faith is a large part of his identity. His single “I’m On It” was played on Power 99FM in Philidelphia, PA, which is a huge accomplishment for a newly singed artist.

Skyline Hotel is a four-member band cultivating a modern blend of pop and rock music. Creating music is therapeutic for them and provides an escape from the realities of everyday life, seeking what only music can deliver. The band has played at venues such as 9:30 Club, National Mall, and Artscape.

Tre Burwell is an R&B singer whose music style can be described as up-tempo and a summertime sound. Burwell has performed at 93.9 FM’s KYSFest and has shared a lineup for major concerts with Cardi B, Jeezy, Moneybagg Yo and more!

Each contestant had a commanding presence while giving electric and energetic performances. To catch other artists make their mark on The Sound competition, tune in next Friday at 9:00 am on DMV Soundcheck!