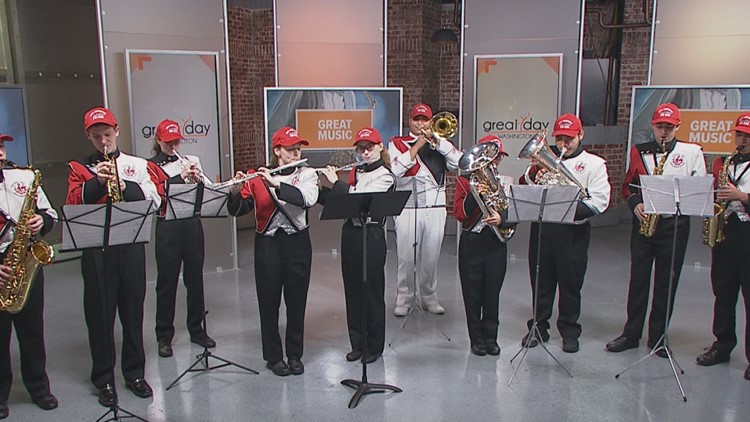 HERNDON, Va. -- The Pride of Herndon High School Band will be representing the United States next June in Normandy, France for the 75th anniversary of D-Day.

The school’s namesake, the USS Herndon, was a destroyer ship that led the Allied forces onto the beaches of Normandy to liberate Western Europe from Nazi Germany’s control. The ship was nicknamed the “Lucky Herndon,” because surrounding ships gave them a 1 in 10 chance of surviving the invasion. Despite their odds, the USS Herndon was never hit by enemy gunfire. It was their luck, bravery, and courage that helped win the war.

While in Normandy for the commemoration, each Herndon band member will be carrying a photography of one of the veterans from the “Lucky Herndon” to remember those brave servicemen and women that fought for our safety and freedom.

“We’re going to be taking sand from Virginia and each student is going to deliver a piece of home to each of the Virginians who paid the ultimate price for freedom and are buried in Normandy,” said Historian Margaret Jamborsky.

The Pride of Herndon Band is accepting donations to help offset funds for the trip. To help send the group to Normandy, visit herndonband.org. The group is selling commemorative 75th Anniversary D-Day Hats and Shirts with proceeds that will go towards the trip as well.