DMV Soundcheck: The Sound night one

The Sound competition features local talent putting it all on the stage for the chance to launch their musical careers. 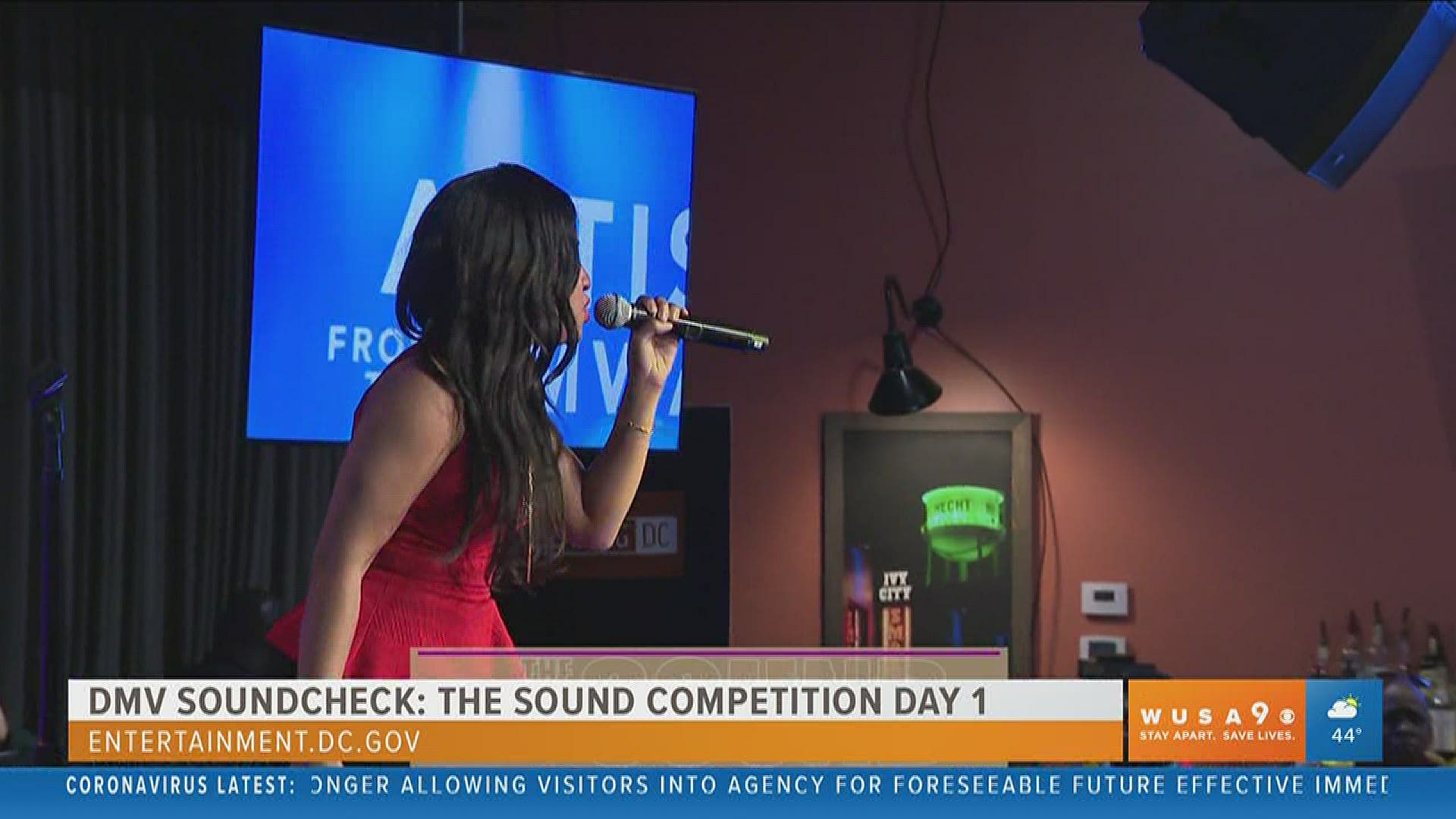 The Office of Cable Television, Film, Music and Entertainment (OCTFME) is taking D.C.’s music and entertainment scene to the next level with its newest music competition called “The Sound.” As an award-winning weekly music TV program, The Sound showcases emerging, independent music artists in the DMV area through studio music performances, interviews, and social media exposure. The D.C. organization has partnered with WUSA9’s DMV Soundcheck to feature an all-new competition format where contestants will compete at Ivy City Smokehouse in front of a live audience and a panel of judges to see who has the best sound. The show’s format features two stages of competition: a preliminary round and a final round. During the preliminary round, there are 5 performances per show and one winner from each show will be named. During the final round, the winners from the preliminary round will compete for the grand prize. The grand prize winner will get private studio time with an accomplished producer, an appearance in a movie, television appearances on OCTFME as well as WUSA9’s DMV Soundcheck, and much more! The competition ran March 2 – March 5 of this year and we are featuring highlights from the show.

The first day of competition was filmed on Monday, March 2 and featured Lady Dame, Zen Warship, Mustafa, Hameed, and ShaMain. Each musical act has a distinctive sound, making The Sound competition unique.

Lady Dame is a native Washingtonian and a self-proclaimed triple threat. She sings, raps and dances. Dame’s craft allows her to express her thoughts and life-changing experiences. The multi-talented artist has thought-provoking, edgy and bold lyrics that instantly grab the attention of her audience.

Zen Warship is a band that combines rock, funk, soul, and disco to create a unique sound that makes you think. They blend instruments such as guitar, bass, trumpet, vocals and drums to energize and keep you moving.

Mustafa is a self-taught musician and instrumentalist who gained popularity on the Neo-Soul circuit. The singer found his voice in his early 20’s and is changing the game with his mocha-rich sound.

Hameed is a Nigerian born-US based musician who blends lazy hip-hop beats and rhythmic flows to the Afropop sounds of his birth country. The young rapper believes music is a lifestyle and uses his platform to inspire and touch his audience.

ShaMain is Guyanese-American and raised in Hyattsville MD. She is a singer, songwriter, and instrumentalist who draws her music inspiration from iconic voices in Reggae, R&B and Pop played by her parents. The adage “like mother, like daughter” certainly applies to ShaMain and her mother, as her mother was the lead singer of a popular band based in Guyana called “Frontline”. While using what her mother gave her, ShaMain was catapulted onto the mainstream music scene and has performed at various venues and radio stations across the US.

As part of WUSA9’s initiative to highlight local music artists, we have created the DMV Soundcheck and we are pleased to partner with OCTFME as they discover and elevate the careers of D.C.’s best emerging talent of all music genres. Now that we have shown what The Sound has to offer, stay tuned for the highlights from Day 2 of The Sound competition airing Friday, April 17.