Pedro Night joined DMV Soundcheck to spin Afro-Latin beats and tell us the inspiration behind AdoboDMV. 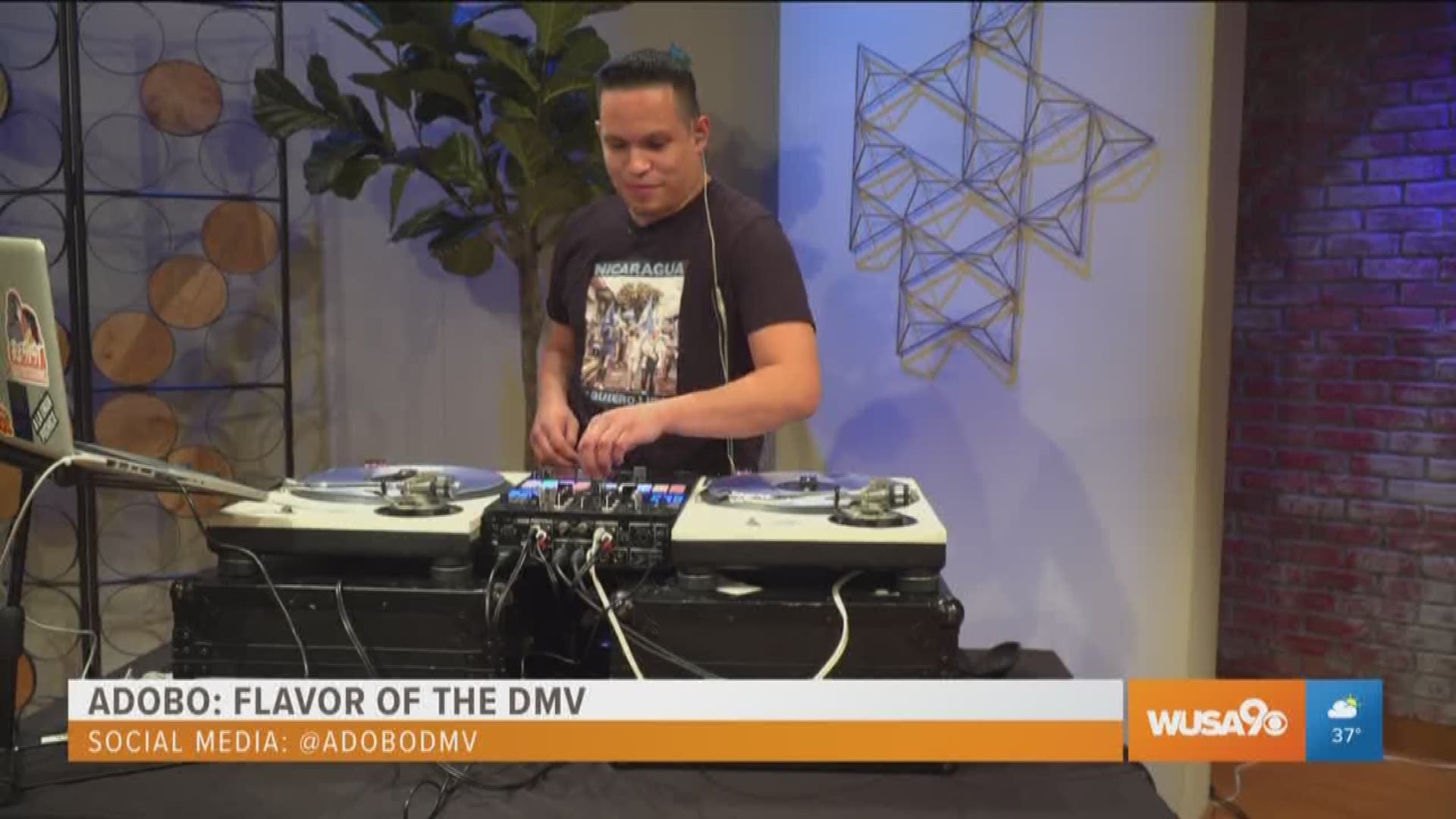 The 25-year old made his official DJ debut on July 28th, 2017 at SoundCheck Nightclub in Downtown D.C. and has come a long way since then. He has performed at larger venues like The Kennedy Center, Eaton Hotel for Mayor Bowser’s 202 Creates campaign and Miami Beach for Art Basel. He also has an upcoming performance on Saturday, February 15th at Hard Rock Café in Northwest D.C.

Prior to his DJ career, Night taught music history at the Washington Leadership Academy in Northeast D.C., managed the Prince George’s County Rapper O-Slice, and most recently co-founded ADOBO and works as their Chief of Operations and Music Director. ADOBO was founded in 2018 and its mission is to “preserve, celebrate, and develop Latin culture in the DC-Metropolitan area while raising money and awareness to issues plaguing brown and black communities around the world.” He has used his concerts to raise relief funds for his home country of Nicaragua, as well as organizations like the Puerto Rican Earthquake Relief and the Refugee and Immigrant Center for Education and Legal Services (RAICES).

Night has used his passion to pour into the creative collective that is ADOBO and grow the brand exponentially. He said, “A year ago, nobody knew about ADOBO, only our friends and family. In 2019 we took over the DMV by selling out every party and giving quality to music to our people.”