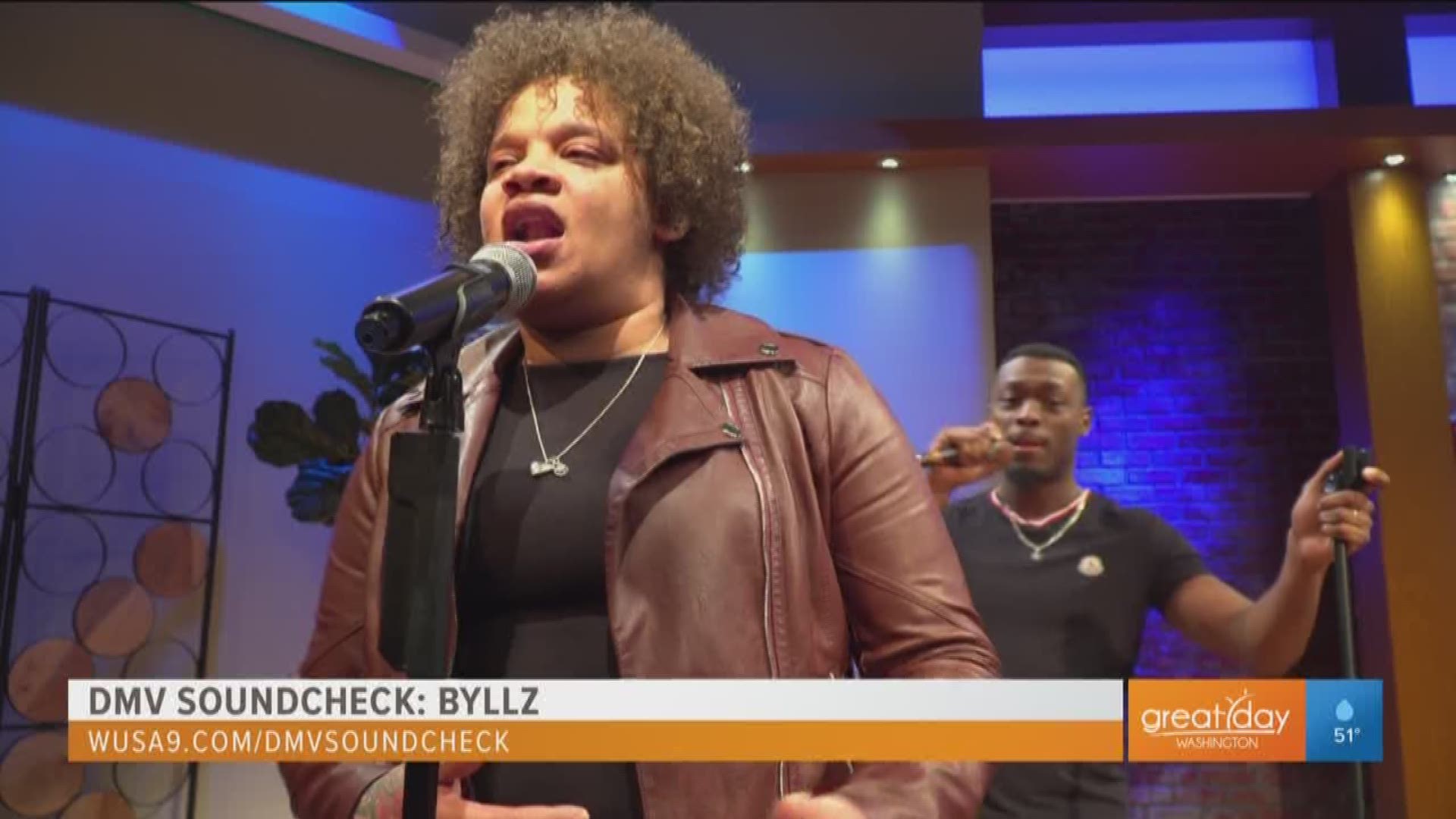 Once upon a time there was a little girl named Britnè who had big dreams. She promised to make those dreams her reality and she has certainly kept that promise. Britnè, who goes by Byllz is a Business Owner, Award-Winning Hip-Hop Artist and Visionary. Today she performed her latest single ‘Helpless’ featuring Jus Paul on today’s segment of DMV Soundcheck. The feature song is an ode to domestic violence and relationship toxicity, an experience she is no stranger to. She is now a survivor and draws inspiration from the pain she felt to make dramatic rhymes to enrich the quality of music, streaming across audio platforms globally.

Byllz has been writing music since she was 4-years old and has used the past two decades to develop her craft. She started her music career as a member of a go-go band and transitioned to an independent hip-hop artist. The multi-disciplined 30-year old has an eye-catching fashion sense. She is often seen wearing vibrant colored hair, clothing, and nails. She loves color so much she named the hair salon she owns after a unicorn, a multi-colored fictional creature. Unicorn Trap Salon is the name of the hair salon she owns in Prince George’s County, Maryland. She coined (identifies with) the fictional creature, which she describes as “bright, bubbly, imaginative, fearless, playful and most of all, beautiful.”

Byllz has partnered with ROE: The Agency, a full-service model and talent agency in the Greater Washington, DC area. ROE: The Agency was founded in 2009 by Harley Morgan. At that time, the D.C. creative scene was growing, and it was the opportune time for Morgan to start his agency. He wanted to help people hone their talent, professionally groom and represent them. ROE serves a casting conduit for production companies and his clients have booked jobs with brands such as Audi, Lord & Taylor, Macy’s, Reebok and many more. Morgan is also a pioneer for cultural movements and his most recent project is the Street Symphony, an all-star indie concert where Byllz will perform her latest single featuring Jus Paul on Sunday, February 16th.

Byllz is certainly a creative to watch out for, between managing her hair salon and keeping the momentum up of her music career, she has mastered the art of balance and keeps herself busy. The hard work she puts in pays off. She has won a Golden Scissors Award in 2016 for her artistic expression via hair and Best DMV Hip-Hop Artist award in 2017.

At WUSA9, we love discovering new talent to feature on the DMV Soundcheck. If you are local and have a musical talent that you want to share with our audience, please email us at DMVSoundcheck@wusa9.com.