Ayo graces the Great Day stage on the DMV Soundcheck

Ayo performs her powerful single "Freedom". She is currently an artist in residence at Strathmore. Follow Ayo on Instagram @ayothesinger. 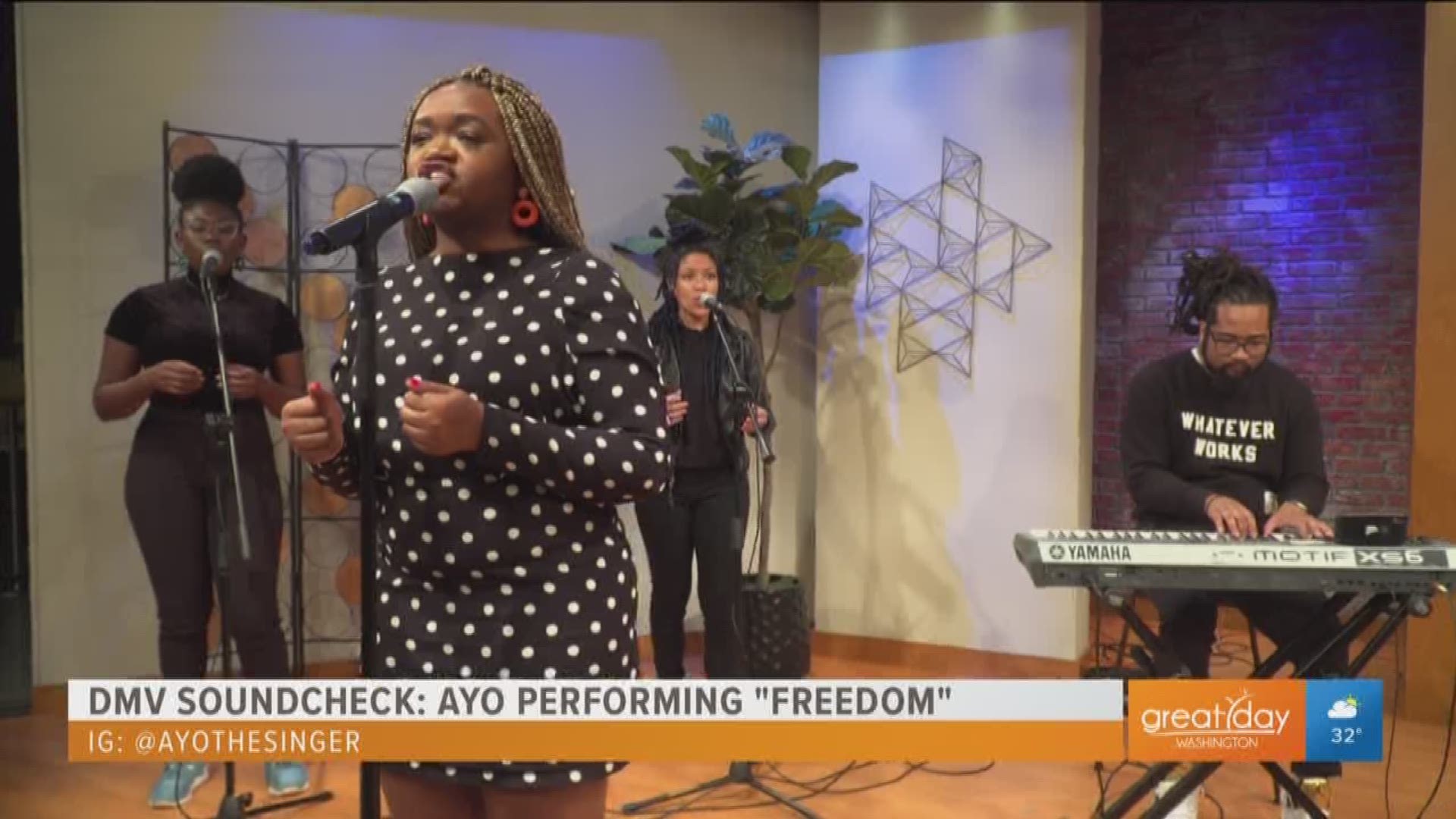 WASHINGTON D.C., DC — A DMV transplant, AYO is a smooth pop vocalist who uses music as a vehicle for storytelling. AYO had the intention of becoming a pulmonologist, a physician who specializes in the respiratory system, but found her way to music. She recognized her love for music at the early age of 5 from her babysitter and began her journey to the music industry by attending Howard University and majoring in Jazz Studies. "Jazz is a strong foundation to all other music," she said. Her studies equipped her with the theoretical tools for a much more refined approach to song construction that helped her write her DMV Soundcheck debut song "Freedom".

AYO has a lot of people to thank for her success like her close friends, people she collaborated with and names her mom as her confidant. She would like to give special thanks to her AP Physics teacher Ursula Jones who encouraged her to go to an HBCU, which ultimately propelled her music career. Currently, AYO is a 2020 Artist in Residence at the Music Center at Strathmore. She performed at the Kennedy Center Concert Hall for the 2015 DC Jazz Festival and was a Soloist for the opening of the African American History and Culture Smithsonian Museum in 2016.

To further show her appreciation for the arts, AYO teaches songwriting workshops and basic chord structures to the youth. She wants to give her audience a meaningful outlet for their feelings to build a song around. Using her own struggles, music has become her outlet and would like to inspire others.

AYO also wants to advocate for change through her music and would like people to be transparent with their struggles. She is open about the sexual abuse she went through but she knows that does not define her as an artist. As she sings in her song Life Is a Journey: “Although there may be some hard times and you feel like you can't go on, just take each moment one day at a time and remember... life is a journey.”