Allison Balanc on the DMV Soundcheck!

Award-winning music artist Allison Balanc talks about her journey as she turns her hobby of creating music into a full-time career. 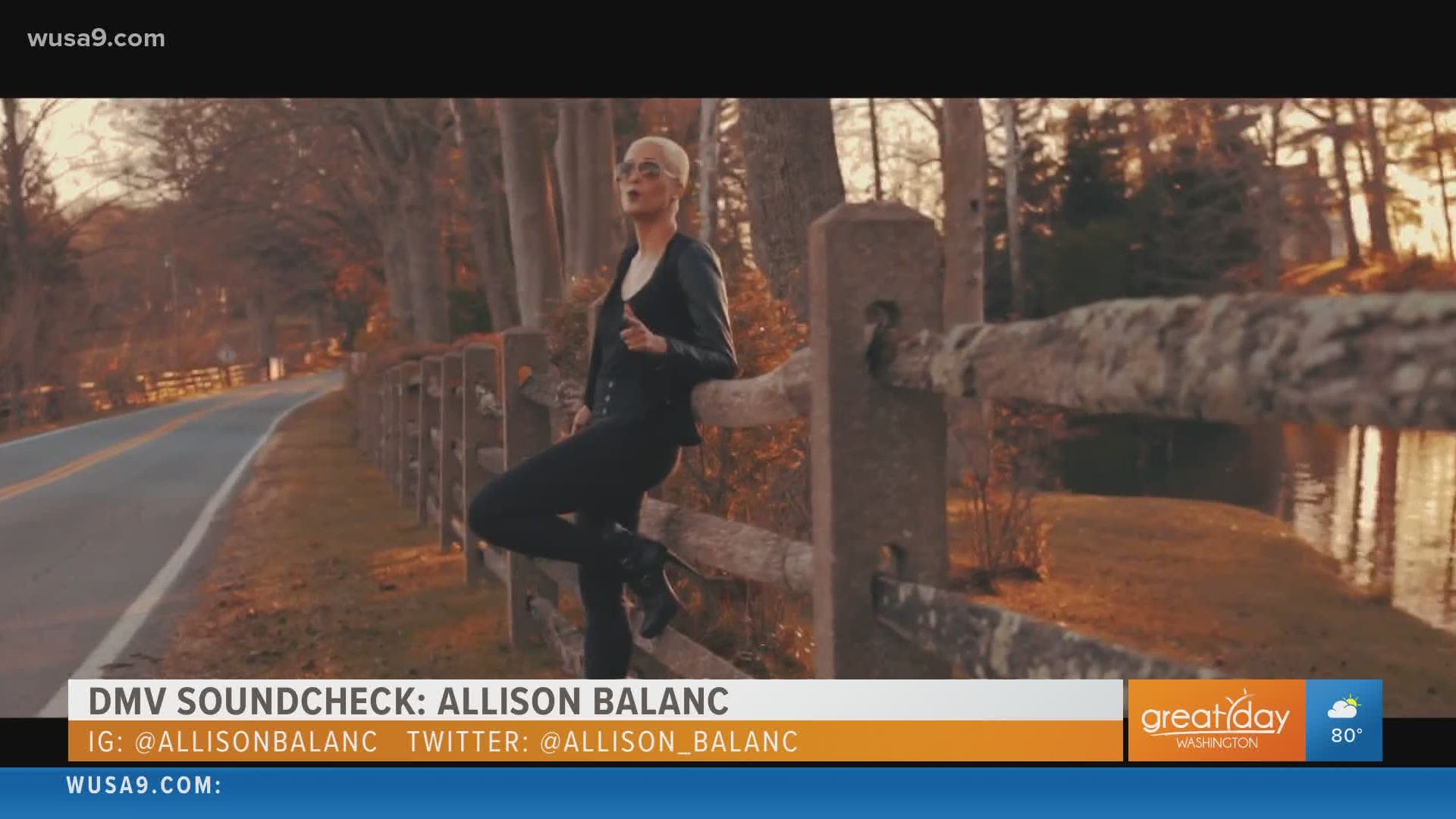 Soul-singer and songwriter Allison Balanc spoke with Great Day Washington host Kristen Berset-Harris last week to talk about her forthcoming music. The song ‘Friend Zone’ debuted April of this year and was part of a social distancing video series to keep herself creatively active during her time in quarantine. Balanc submitted this body of work to a major player on the music scene and the song will be re-released as a remix with the unnamed artist. The native Washingtonian did not give too many spoilers about the identity of her collaborator as she wants it to be a surprise until the song’s release. The only clue she would reveal is that it’s an artist she has admired for quite some time.

Within the interview, the neo-soul singer discusses how her career has come full circle with the release of her song ‘Farther to Go,’ which she credits as a turning point in her music career. The song solidified her decision to choose music as the path she wanted to pursue. Balanc is a firm believer that words you put into the ether manifest themselves and become reality. As she looks back on the message of ‘Farther to Go,’ she reflects on the humble beginnings of her music career and she excited to see what fresh opportunities lie ahead.

After deciding to commit to music full-time, the three-time Washington Area Music Awards Nominee (Wammies DC) has been very active and has accomplished so much. She has performed at venues such as the W Hotel, Howard Theatre, and Marvin Center, and is a former Artist-in-Residence for a live music series at Dirty Habit in Washington, D.C.