Caption this photo with Washington problems | Most DC Thing

Photos of Jonathan Swan have become a meme. 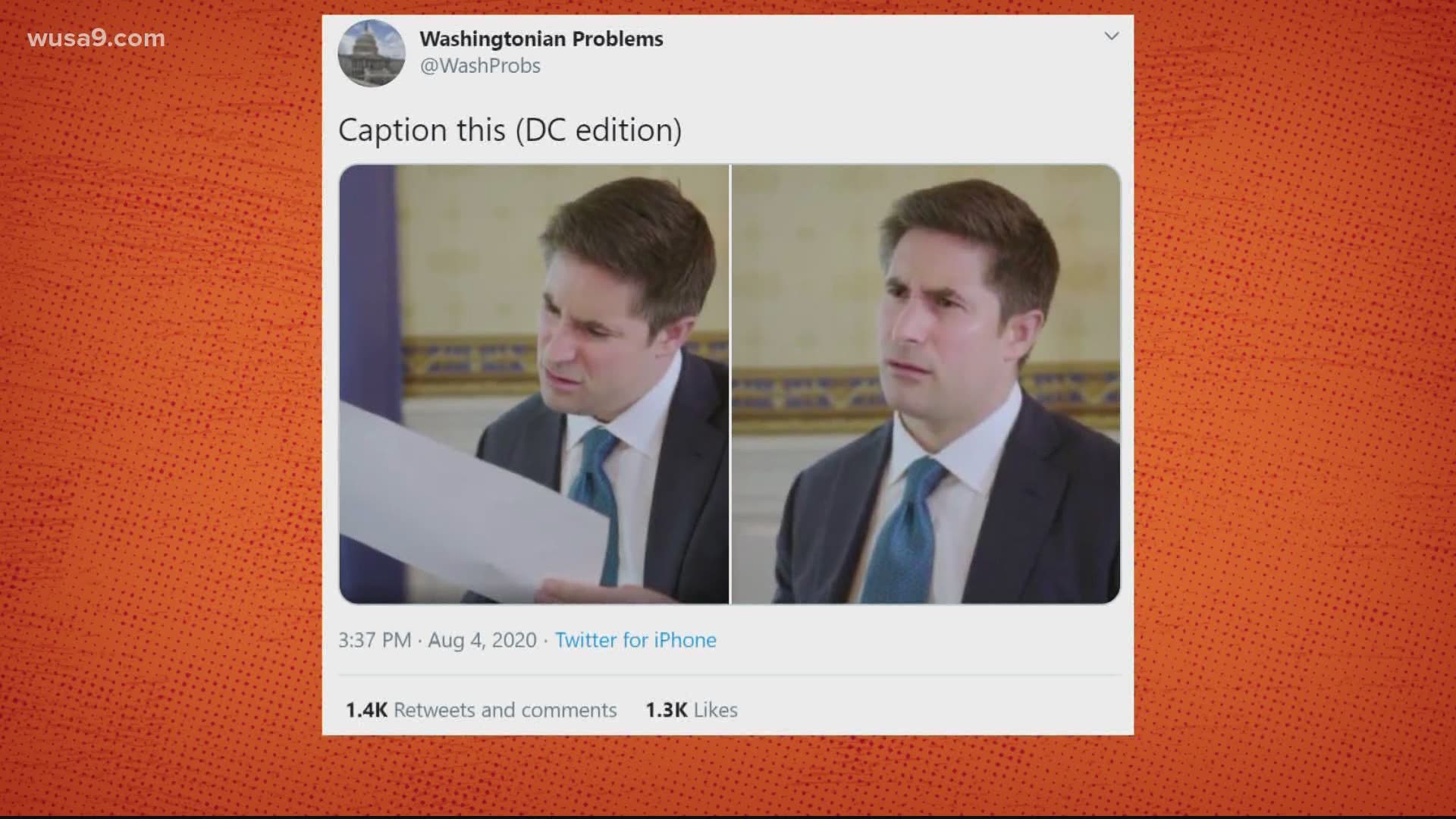 WASHINGTON — Today’s Most D.C. Thing comes courtesy of Washingtonian Problems who posted this tweet asking people to caption photos of journalist Jonathan Swan looking confused and frustrated during his interview with President Trump. And caption they did. The people who left comments did not disappoint.

Some of my favorites included “Any parking sign downtown”; “There are fifth-generation Washingtonians?"; and “When someone spells jih or sice different than you.”

If you aren’t originally from D.C. and didn’t get that last one, you're welcome and you're welcome. Shout out to Urban Dictionary.

This is easily the Most D.C. Thing because we love to rant about problems that are specifically unique to our area. Or “urea” if you’re from here for real for real.

This tweet not only encourages people to do just that, but it does so by using a political reference. That is D.C. with an extra helping of D.C. on the side. I’m waiting for Xzibit to walk into the room and say, “Ay dawg, I heard you like D.C., so we put some D.C. ON TOP OF SOME D.C.!”

What? Don’t act like I was the only one who watched “Pimp My Ride.”

For the record, I spell Ji "J-I", and I spell Sice "S then whatever you're feeling at the time.

RELATED: A much-needed message in Adams Morgan that probably needs to be watered | Most DC Thing

RELATED: The Nationals share cute video of messages from their families | Most DC Thing

RELATED: This DC restaurant united the area in shock with this recipe | Most DC Thing