Washington Capitals goalie Henrik Lundqvist is out for the season, but right now we're rooting for him harder than ever. 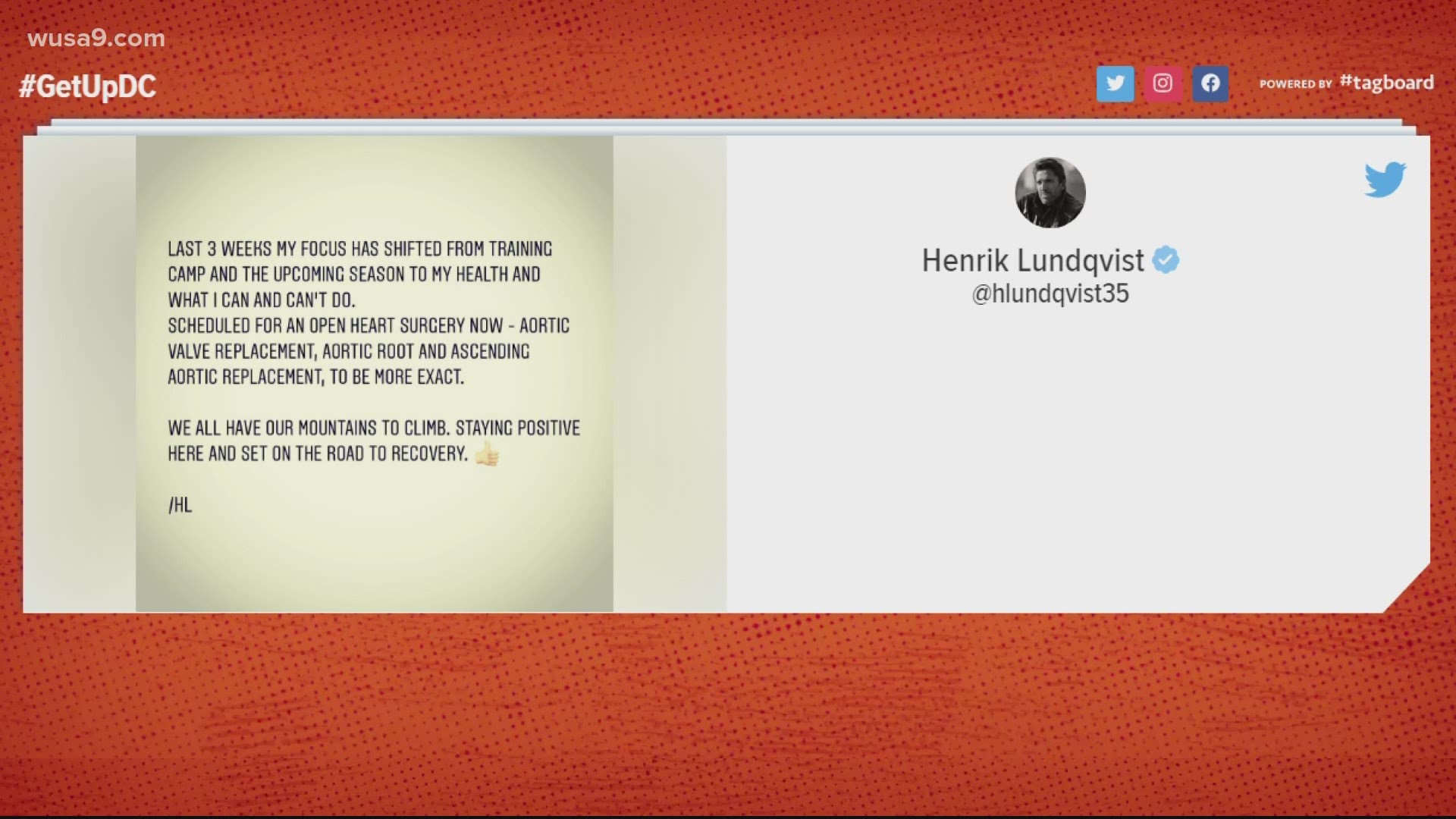 WASHINGTON — Today's Most DC Thing comes to us from Washington Capitals goaltender Henrik Lundqvist, who revealed that he will be undergoing open-heart surgery and will miss the upcoming NHL season as he recovers from the procedure. On Monday, Lundqvist made the announcement on his Twitter feed. The 38-year-old, who joined the Capitals this year after 15 seasons playing with the New York Rangers, tweeted a note that said:

"Last three weeks my focus has shifted from training camp and the upcoming season to my health and what I can and can't do. Scheculed for an open-heart surgery now - aortic valve replacement, aortic root and ascending aortic replacement, to be more exact. We all have our mountains to climb. Staying positive here and set on the road to recovery."

Everyone here at WUSA9 wishes Lundqvist a successful operation and a full and speedy recovery. This is the Most DC Thing as fans in D.C. know that certain things are much bigger than sports. An example of that is the support that we've shown for Washington Football Team coach Ron Rivera in his battle with cancer this season.

The main priority is the health and well-being of Henrik Lundqvist. Hockey will be there when he's ready.

In the meantime, we're rooting for him even harder off the ice and wish him nothing but the very best.