The VP candidates square off for their first and only debate Wednesday night. This is one way to get through it. 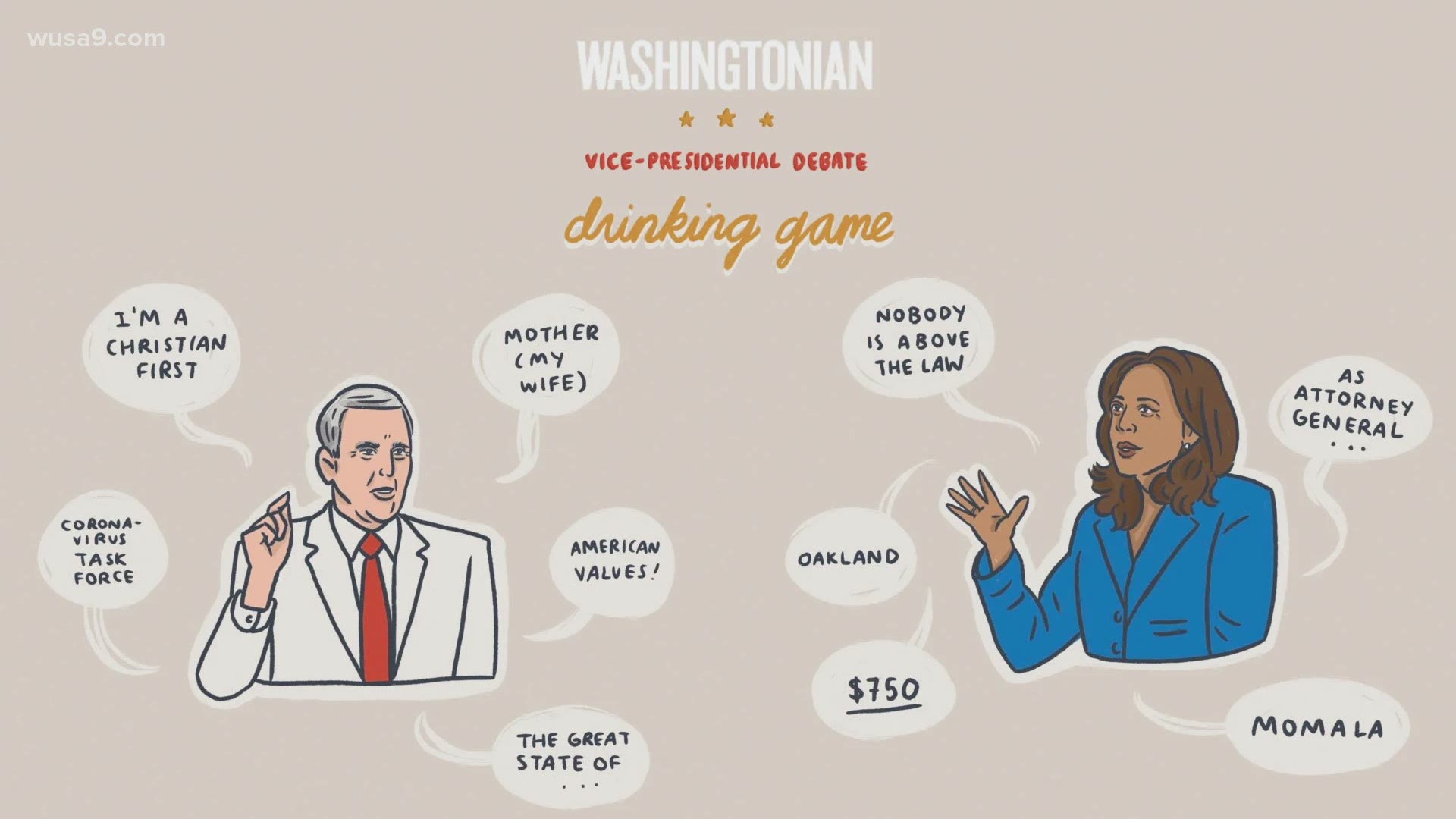 WASHINGTON — In our Most D.C. Thing, we are talking about the intersection between politics and drinking. The vice presidential debate is going down Wednesday and we are a town that likes to drink.

That's why the Washingtonian has come up with its own VP debate drinking game.

This could get messy very quickly, mostly because these candidates are nothing if not predictable. So that's how the Washingtonian plans to give you liver failure.

Here are some of the rules:

This is the Most D.C. Thing because no one turns politics into a game better than us. While everyone around the country might be looking on at what politicians are doing with some side eye, we’re there with a beer and a side order of onion rings.

They say to finish your drink if Donald Trump becomes incapacitated and Mike Pence becomes the president mid-debate.

Yeah, we're all going to need a drink if that happens.

RELATED: What time is the vice presidential debate Wednesday night?

RELATED: A ticket that may or may not be a ticket | Most DC Thing