It's alleged in a lawsuit that supervisors at a Tyson Food plant were taking bets on which employees would contract the virus. 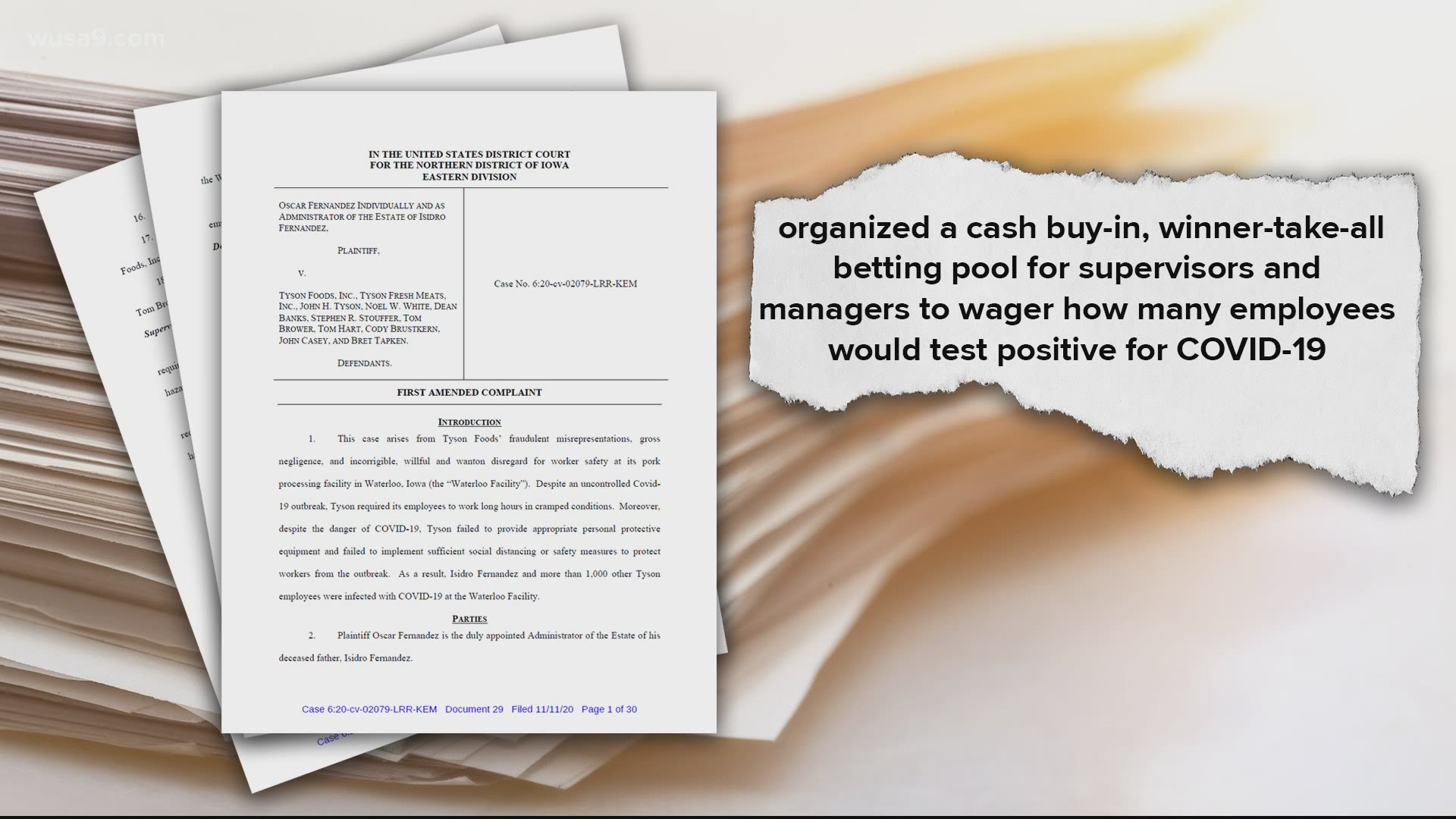 WASHINGTON — When the nature and severity of this pandemic became fully apparent, we seemingly found a new appreciation for a group of our fellow citizens that we rarely think about. The frontline and behind-the-scenes employees, oftentimes working long hours in thankless jobs, keeping us supplied with our essentials.

There was sobering realization of how connected we all are, and how much we rely one another.

So, when I found out about the lawsuit that has been brought against Tyson Foods by the family of an employee who died after possibly contracting the virus in one of their facilities, I was, let's say, upset.

The lawsuit alleges that supervisors at their Iowa meat processing plant started a pool, taking bets on how many of their employees would get infected with the virus. And that’s just one part of the claims of “willful and wanton disregard for workplace safety” being brought against the company.

Understand, as of now, these are all just accusations. But as accusations go, they’re bad.

The employee, who passed in April, was one of five who died after he and more than 1,000 of his fellow employees became infected. According to the Black Hawk County Health Department, the company downplayed virus concerns and covered up the plant’s outbreak to keep employees working, even though the county sheriff said that the conditions in the plant shook him to his core.

Workers crammed together for long hours with little to no personal protections. The sheriff and health officials asked Tyson to close the plant for safety. They refused. It’s charged that employees were told to keep showing up to work, even if they had symptoms. The refrain being, “You have a job to do”.

Again, these are allegations, to be proven or disproven in court. But the lack of regard apparent in them is shocking. These jobs are typically done by those that our society doesn’t assign value to. The Black and Brown. The immigrant. People, families and communities who contribute mightily to the fabric of this nation. Their health, safety and well-being are of no less importance than those who buy what they process.

Nevertheless, it was just weeks ago that Congress was looking for additional protections for corporations, instead of for their workers. I’m hoping the day comes when we do more than just pay lip service to this truth. But the indications from right here in Washington is that day isn't coming soon.

Lawsuit: Iowa Tyson Foods managers bet money on how many workers would get COVID-19 https://t.co/kywNFsdLWE pic.twitter.com/XJhIoBNocY

RELATED: Lawsuit: Iowa Tyson Foods managers bet money on how many workers would get COVID-19