While Congress can't come to a consensus on what to do about President Donald Trump's role in the insurrection, all the major social media sites can. 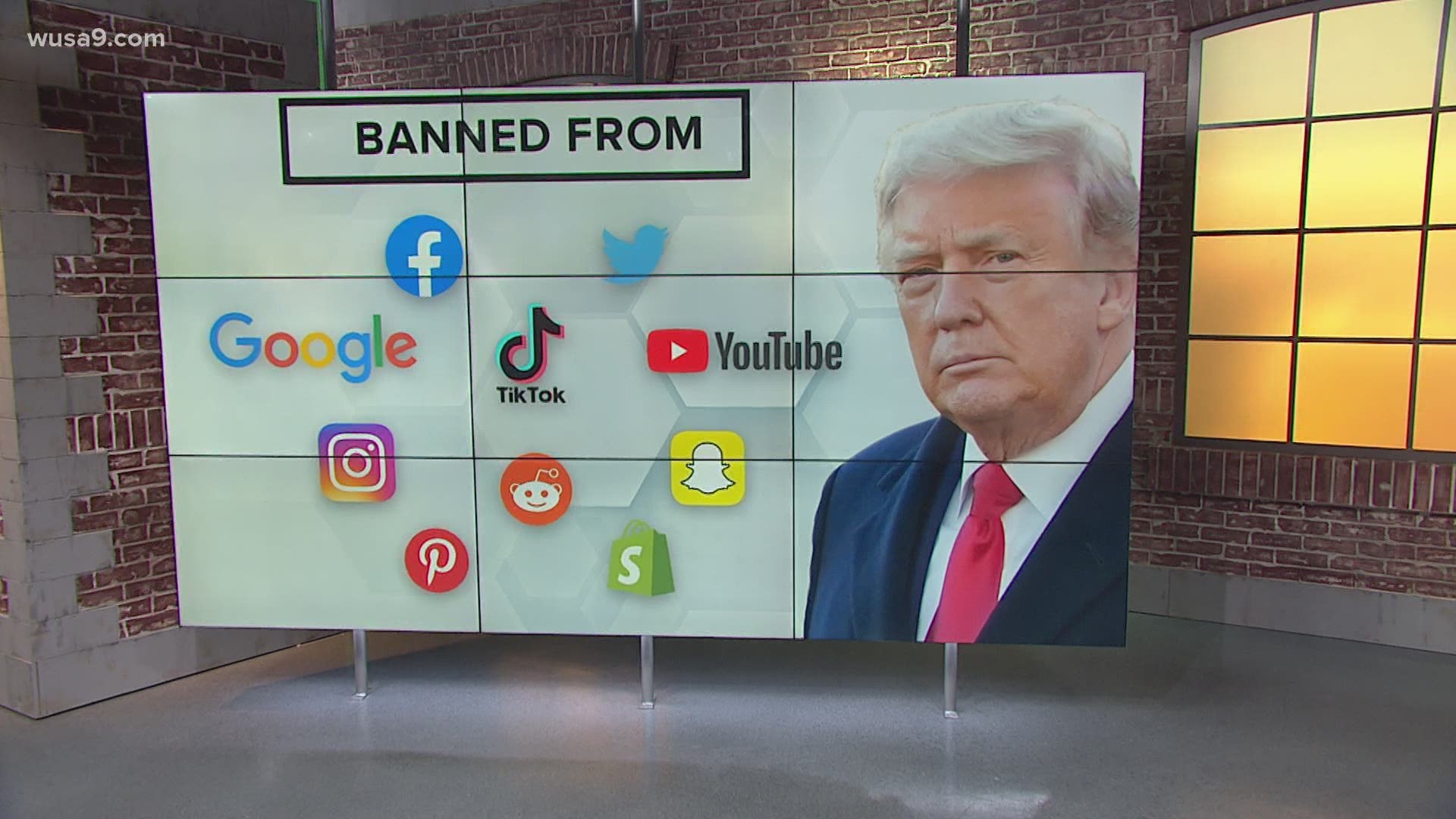 WASHINGTON — Wednesday at 9 a.m., Congress is planning to vote on a resolution to impeach President Donald Trump, charging him with “incitement of insurrection."

Introduced Monday, the article of impeachment accuses the president of “gravely endangering the security of the United States and its institutions of Government,” as well as betraying his trust as president, threatening the very integrity of the democratic system.

Starting the process to remove Trump from office has split Congress on its fault line. House Republicans are calling it divisive and not needed, he’ll soon be gone. Democrats say it’s either this, or the 25th Amendment -- that the president’s actions were so egregious leading up to last week's insurrection, that he’s got to go, now.

While Congress can’t seem to reach a consensus on the matter, big tech can. Agreeing with Democrats, pretty much every social media site has banned the president from using their services.

Social media has been a tool that this president has used effectively in spreading his message. Knowing this, and knowing that his posts have become increasingly unhinged, they’ve acted accordingly, not wanting to be a part of spreading seditious messaging.

By the way, this not a First Amendment issue. These are private companies, well within their right to police their domains and enforce standards and practices that they expect their users to adhere to. Standards and practices which are apparently higher than those of the White House and half of our government.

We live in a country where a man can have the nuclear codes but not a TikTok account. While we're on the subject, kudos to TikTok for the ultimate revenge in banning the president before the president could ban TikTok -- that was slick.

Still, my Facebook jail time aside, I don't find the standards of social media to be too high, and there is no sense in a scenario where it climbs higher than the standards of being president.

Twitter stock tumbles 10% after Trump is permanently banned from the platform https://t.co/smTKnoKNZT