Tebow could return to the league as a Jacksonville Jaguars tight end. 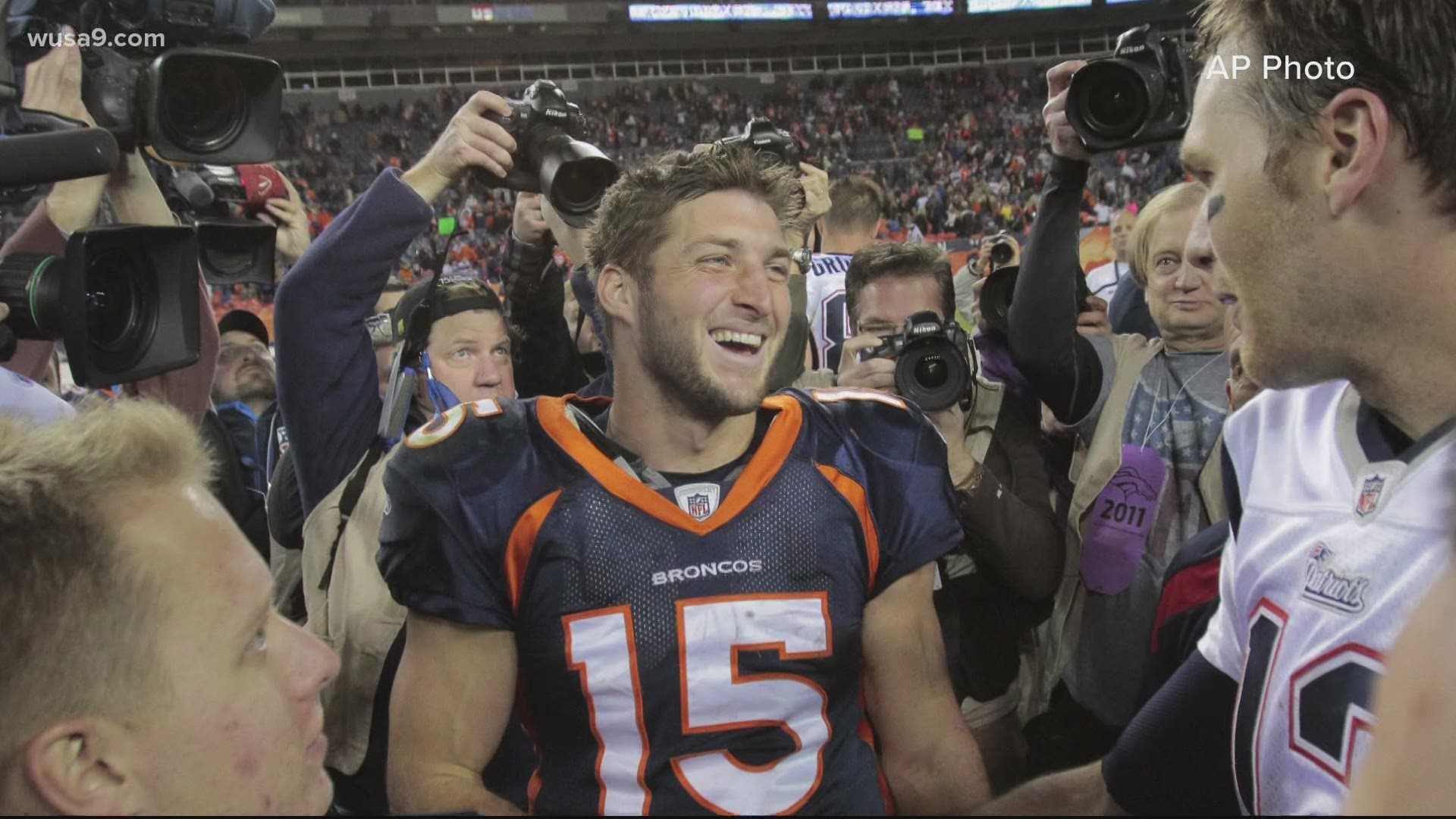 WASHINGTON — According to reports, former Heisman Trophy winner Tim Tebow will try to make a comeback in the NFL as a tight end for the Jacksonville Jaguars.

Now, some think it's a terrible idea for all the obvious reasons.

Tebow hasn't played an NFL game in nine years, his first stint in the league wasn't great, and he's only played tight end for a handful of snaps in his career.

But hear me out:

I think this is good for the game

At the very least, this generates interest and brings additional eyes to the NFL.

Listen, I know Tebow was an unconventional quarterback. Many loved to hate him. I think part of that was the fact that he was so open about his Christianity, which is a whole other topic.

But while Tebow didn't put up huge numbers as a quarterback, he wasn't exactly terrible either.

He was a game manager who managed to win more than he lost. Sound like a quarterback we know here in D.C.?

Tebow even won a playoff game, and there are plenty of NFL quarterbacks who can't say that.

Even patriots owner Robert Kraft has called Tebow a winner, and Kraft knows a thing or two about winning.

Tim Tebow is a person who continues to reinvent himself, which I love.

After the NFL he gave baseball a try. Now he's coming back to the NFL in a different position.

Is it possible this won't work out for him? Sure. But I love that he's going for it, and I'll be rooting for him.