Black and brown Texans waited in lines for hours to vote on Super Tuesday. 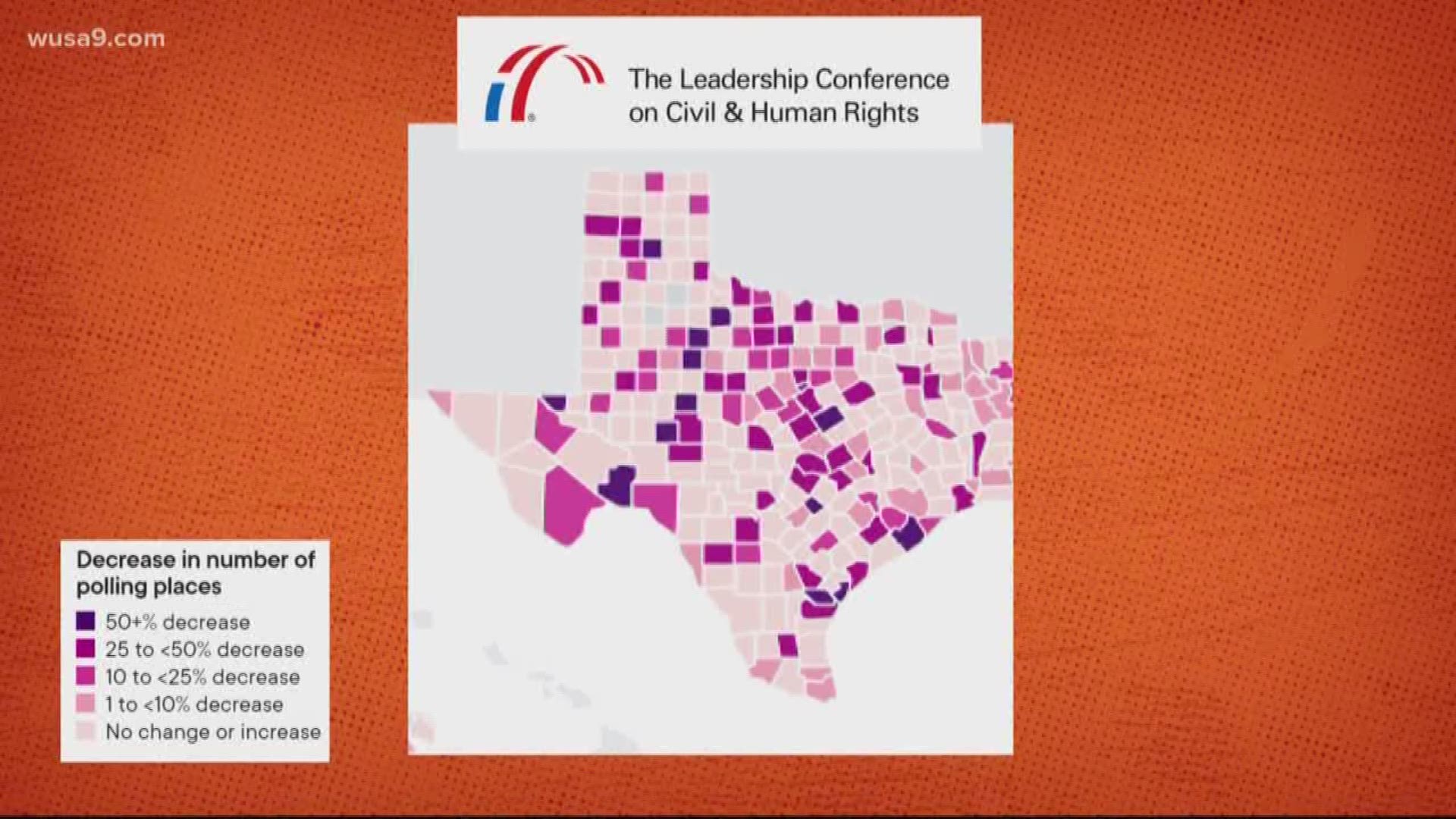 While being interviewed on the campus of Texas Southern University a young man offered a reason as to why, "They must have been doing this on purpose."

He's right. Let me be very clear: This was targeted, purposeful, voter suppression. And a preview of the upcoming 2020 election.

A report issued by civil rights organization, the Leadership Conference Education Fund, shows that since 2012 Texas has led the nation in shuttering polling stations, closing 750 - the majority in black and brown communities.

Most of these happened after a 2013 ruling by the Supreme Court removed a key element of the Voting Rights Act, that southern states had to get pre-approval from the federal government before they could make changes to their voting processes or pass new voting laws.

The Voting Rights Act of 1965 was signed into law by Lyndon Johnson to secure the voting rights of citizens across the country, but was particularly focused on the south, where the black community had their voting rights disenfranchised by states enacting Jim Crow laws.

These laws saw the rise of voter suppression tactics take hold; literary tests, poll taxes, moral character tests, anything they could think of the stop people from exercising their right as a citizen.

In the ruling that gutted the protections afforded by the VRA, Chief Justice John Roberts wrote that while there was, "compelling evidence justifying the preclearance remedy and the coverage formula in 1965 there is no longer such a disparity."

And just like that, suppression began again. Except this time, it's not if you can read a chapter out of a book or count the number of beans in a jar just by looking. No, you remove voting stations. Silently asking citizens; Do you have hours to spend in line? Can you afford to? Do you have the patience? Like the patience shown by Hervis Rogers, who, calling it his duty, waited over six hours just to vote in this country, making him the one of the last to exercise his right. That's 6 HOURS! That is unacceptable and we should all be disgusted.

But there is good news.

We've had a state go through the primary process, right at the seat of power in the south, the state of Virginia. Not only did this not happen here, extra steps were taken to provide additional security and transparency in the voting process. And for that I say, well done to the Commonwealth. Doing your part to assure the voice of the people is heard is truly the most DMV thing!