A guy doing a wheelie in the wrong direction out of necessity and the driver recording it are both responsible for this Most DC Thing. 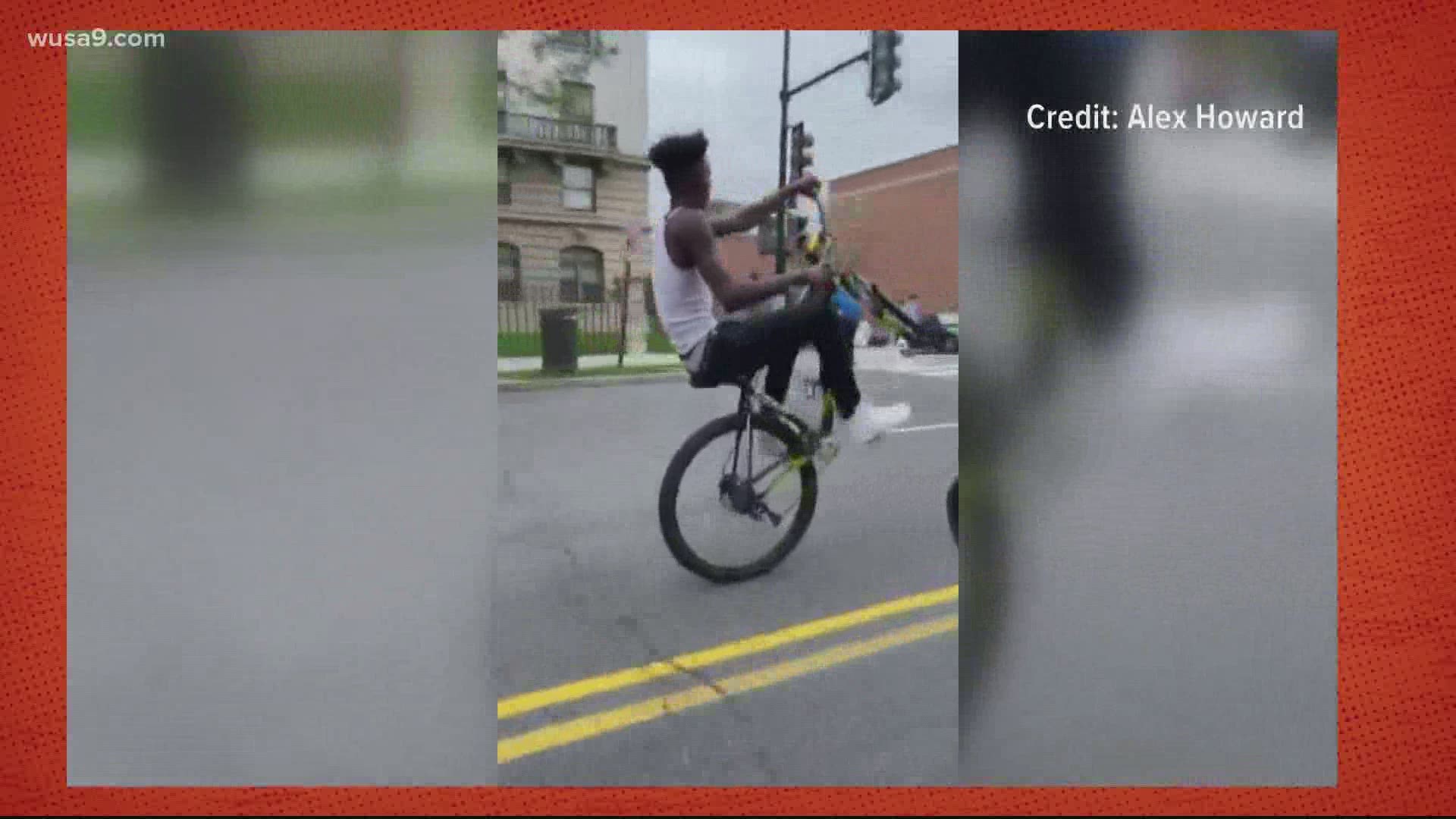 WASHINGTON — Today’s Most D.C. Thing was sent over from Edward G. Robinson III on Twitter who shared a tweet showing a young man riding a bike with just a back wheel that says, “This is probably the most impressive thing I’ve seen since quarantine.”

This is indeed impressive. It does makes me wonder what happened to the front wheel of this bike. Did someone take his front wheel? Or is this video going to end up being evidence? If so, don’t ask me to testify. I saw nothing.

I have a bad feeling about it simply because he’s riding this bike-turned-unicycle down 16th Street NW on the wrong side of the street.

With all the bike lanes making this city awkward, this guy could have picked one and avoided getting caught on camera. Instead, he chose the path of most vehicular resistance, and 25,000 views later, he’s on the news.

I didn’t even get into how the person recording this guy was operating a vehicle. Consider that a reminder to look both ways as people are riding one-wheeled bikes in the wrong direction while other people are recording social media content on these D.C. streets.

This is the Most D.C. Thing because it contains a bike that may or may not be stolen, someone riding said bike on one wheel against the flow of traffic and another person ignoring traffic laws and recording it on a phone while driving.

All of these elements scream out D.C. on their own. Together, it is an ashy masterpiece worthy of being today’s Most D.C. Thing.