Inequities between the men's and women's NCAA tournaments came to light after differences in weight rooms were discovered. 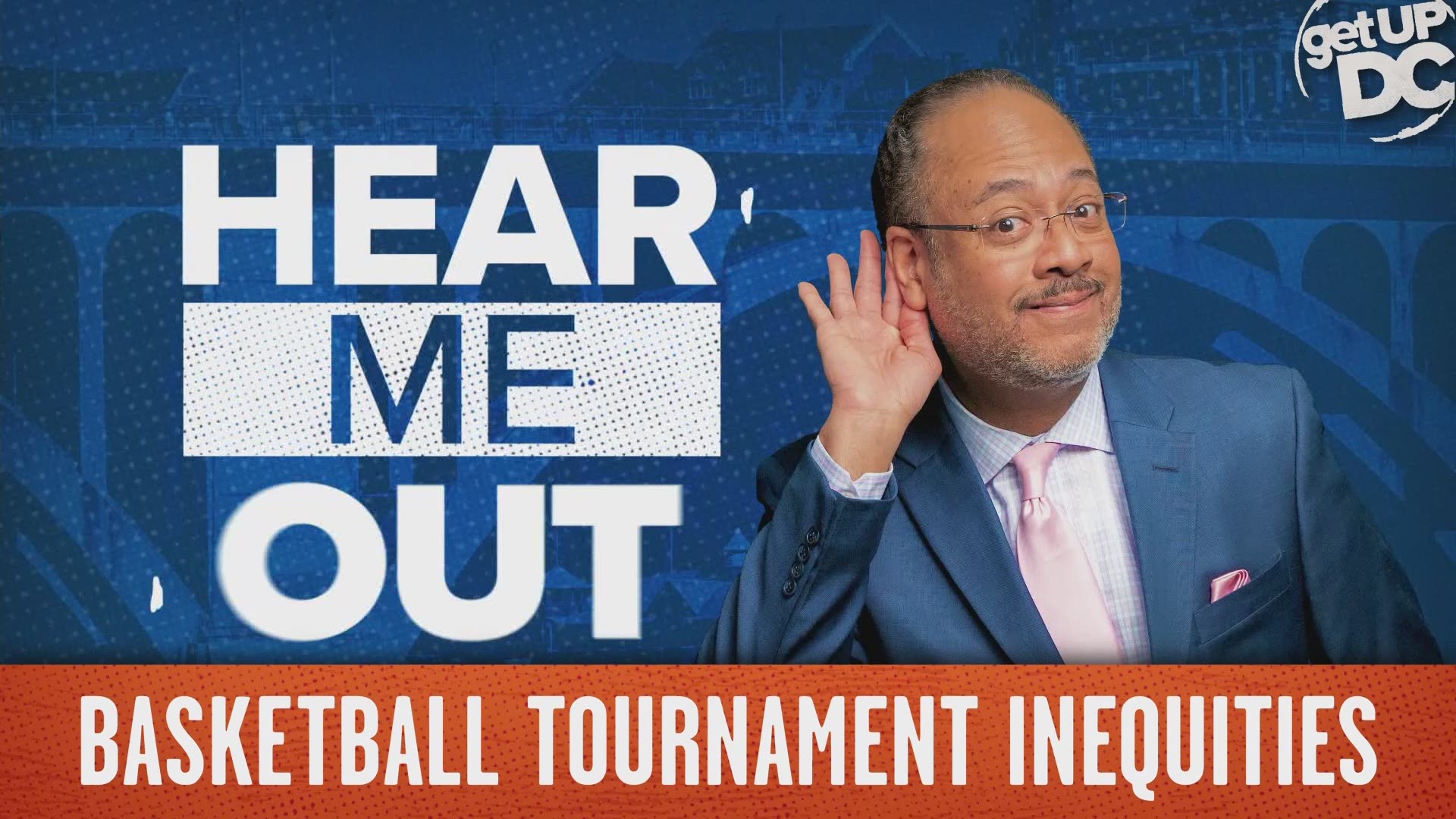 WASHINGTON — Recently, inequities between the men's and women's NCAA basketball tournaments have come to light. It started with poor workout conditions for the women, but it goes much deeper than that.

Then there’s the swag players get for making the NCAA tournament.

The women got a T-shirt, a couple of water bottles, a towel, a hat, an umbrella, a pair of socks, and a puzzle.

The men each got enough swag to cover a queen-sized bed!

The two tournaments are separate, and anything but equal.

And it’s not limited to just this season.

According to the Wall Street Journal, CBS and Turner Sports have ponied up $19.6 billion to broadcast the men's tournament over 22 years.

Meanwhile, ESPN's deal with the NCAA to broadcast the women's tournament is part of a 14-year, $500 million deal to broadcast championships in 25 men's and women's sports. That includes the college baseball and softball World Series, the lacrosse national championship games and other championships.

A men's team making it to the Final Four, could net its conference an extra one-point-one million a year through 20-27.

Do not understand how this can be!!!’
1st pic is the women’s basketball teams March madness “swag “ bag and the 2nd pic is of the men’s!!!!
3rd top is men’s weight room bottom is what’s offered to the women’s !!
4th &5th is what the women’s are served for meals!!! Come on NCAA !! pic.twitter.com/QP8OdtgqCQ

The women's game is growing in popularity. Just look at the WNBA. According to WNBA commissioner Cathy Engelbert, the league’s average viewership grew 68 percent last year.

And if you think women's basketball is boring, here's some food for thought.

Gonzaga’s men’s team is the highest scoring team in the country, averaging 92.1 points per game during the regular season.

The second highest scoring team in Division I basketball is the Maryland women. The Terps are averaging 91.3 points per game this season. The high scoring offense is a big reason why Maryland is considered a strong national title contender this season.

It's time to put the women in a better position to succeed, and on equal footing with their male counterparts because equality matters.

The Maryland men will face Alabama Monday night at 8:45 pm with a spot in the Sweet 16 on the line.