The $25 million coronavirus stimulus payout to the Kennedy Center won't be enough to keep 96 members of the orchestra. 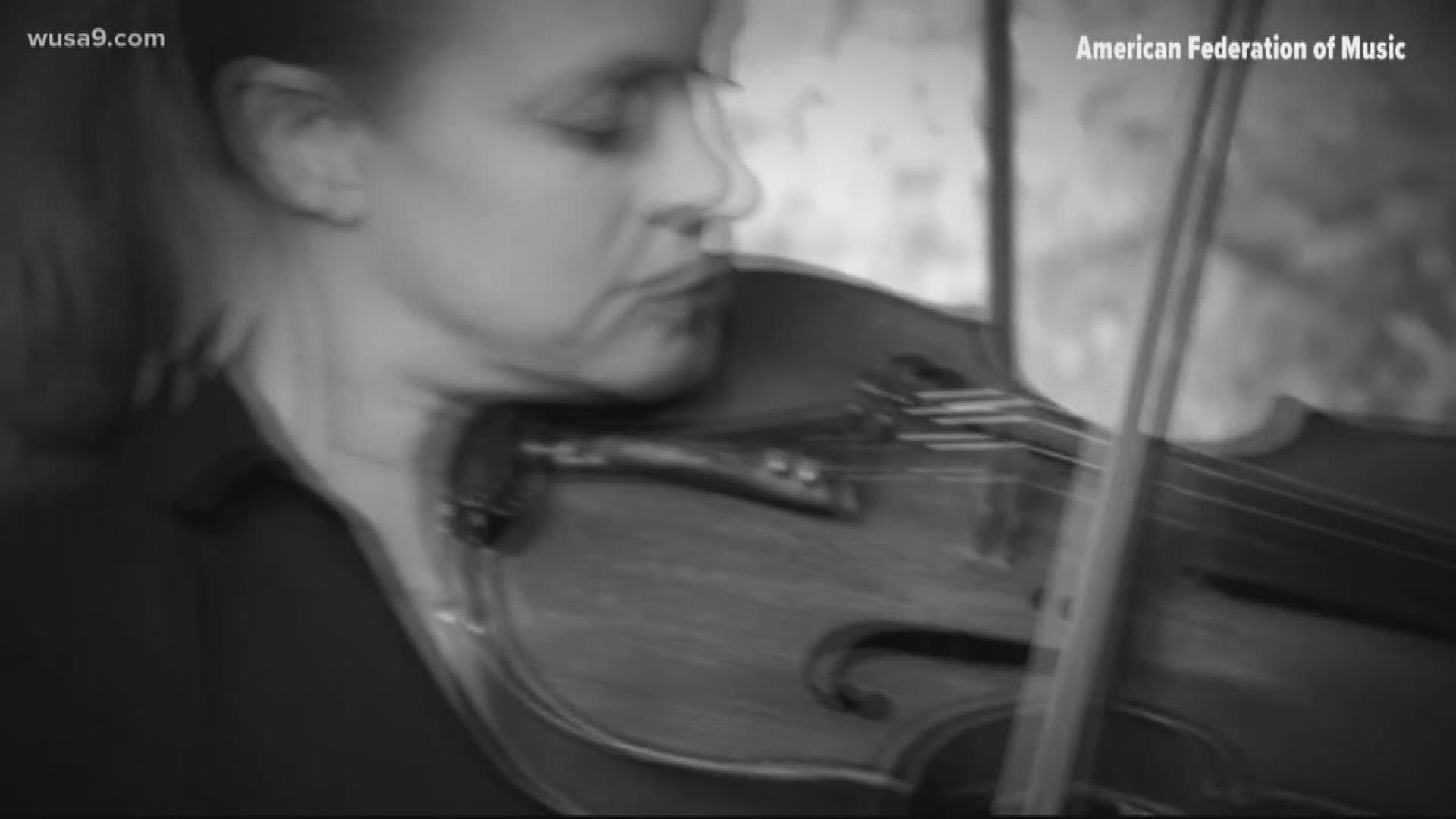 WASHINGTON — Included in the $2.2 trillion coronavirus stimulus bill was a $25 million payout to The Kennedy Center.

The funds were meant to help the performing arts center through the economic crisis, but leaders there said they’ll still have to furlough dozens of staff members -- 60 percent of the staff.

This includes the 96 members of the National Symphony Orchestra who receive a paycheck for the final time on Friday.

In front of thousands of people, Jennifer Mondie has shared her gift to listening ears.

"I've been living the dream for 25 years. What's the point of society without the arts? What's this is, what we're here for, is to express ourselves and express ourselves to our fellow man, to our friends, to everybody, so that we can understand each other a little bit better. That's the whole point of existence, as far as I can tell," Mondie said.

On March 27, she and 95 other members of the National Symphony Orchestra learned their instruments wouldn't see another stage for the foreseeable future.

"We sure hope that we're going to be back playing eventually, and this is just a bump in the road. It could be a pretty big bump," Mondie said.

Mondie is a single mother. Her son's father is also in the orchestra.

"It's tough to figure out all these dynamics in close quarters and just to make sure my son gets some exercise, make sure he gets all his homework in on time, make sure I can still play the viola. It's a lot of stuff to manage in one small house," Mondie said.

The Kennedy Center in a statement on its website said, without the stimulus funding, they'd run out of cash by July.

Here’s how they plan to spend the money: More than $12 million is allocated for employee compensation and $7.5 million goes to employee benefits.

"We're going to fight this to ensure that they do collect payment. We believe that they are obligated to get that compensation for this time, and that this was a blatantly illegal act," Ed Malaga said.

RELATED: The Kennedy Center says it will run out of money by July, even if they reopen in mid-May

Rep. Denver Riggleman, a Republican from Virginia, voted in favor of the relief package, but he and many other house Republicans are against the Kennedy Center receiving any of the money. They're pushing to rescind that part of the bill.

"My first question was, 'What does the Kennedy Center have to do with COVID-19?'" Riggleman said.

He argues members of the orchestra, like Mondie, have multiple options.

"Well, if you're a Kennedy Center employee, you're automatically allowed leave, right? That's actually given to you, but you also get unemployment, and an extra $600 per week over your typical unemployment for that specific locality. So, for instance, if you have a locality with 50 percent unemployment, you get 50 percent of that, plus $600 a week. If they're a contract employee, they can immediately go and get the EIDL, which is the economic injury disaster loan," Riggleman said.

The economical future for Mondie and her family is somewhat uncertain. Her instinct is to play her viola. She’s hoping this time apart will change us all.

"I really hope that this, if nothing else, this can bring us all together and help us move forward very productively. When you see all of a sudden what can get taken away, then some of the differences can, maybe, kind of melt by the wayside and we can be very productive," Mondie said.

The Kennedy Center hasn’t specifically responded to lawmakers, but their statement also said they hope to re-employ everyone once the health crisis is over.