Collective Murals For Humanity brought a group of artists to DC to spread a message of positivity focused around one word: Vote. 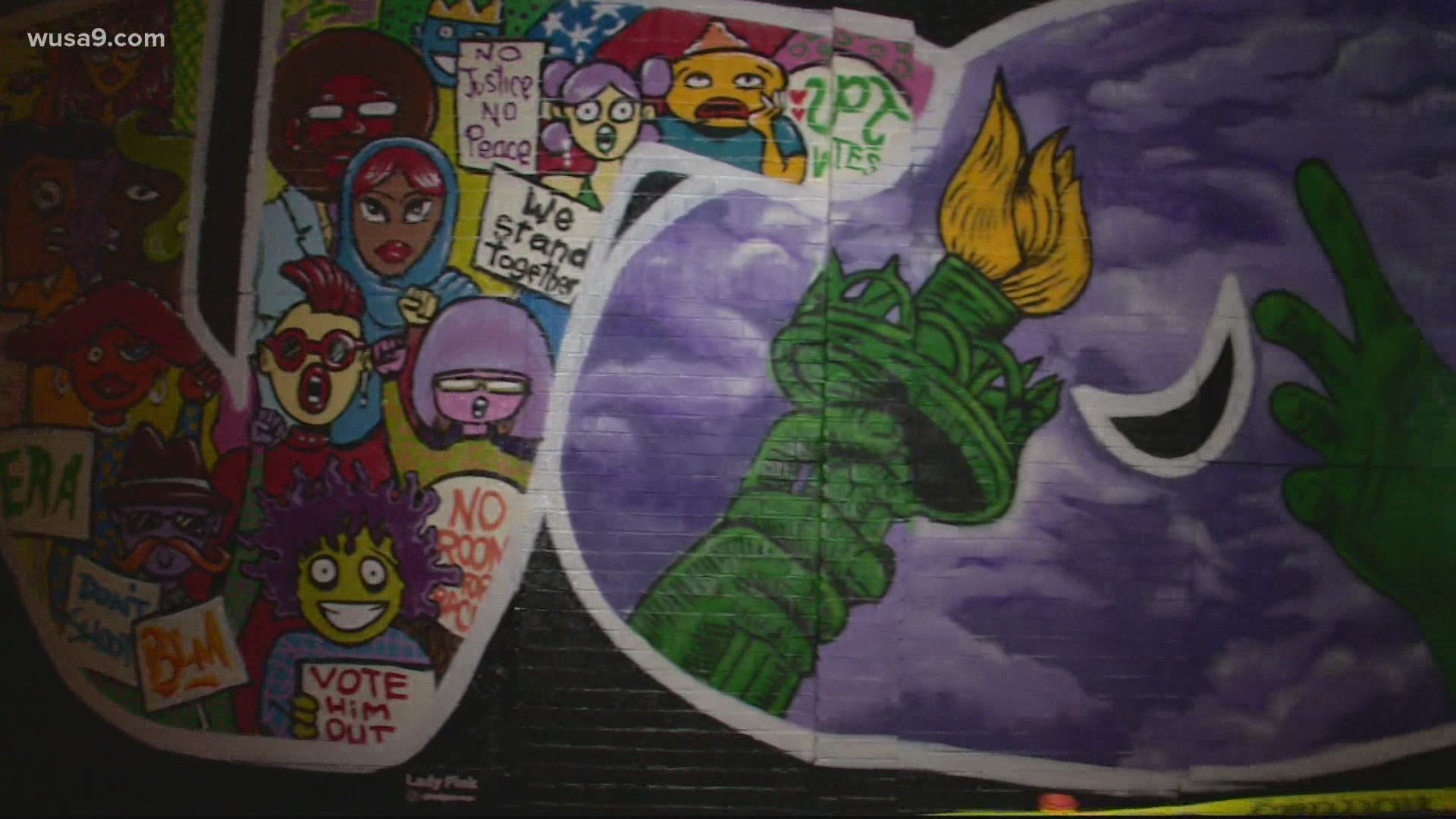 WASHINGTON — Today’s Most DC Thing comes to us from Murals for Humanity, a collective dedicated to empowering underserved communities through expressions of art.

The group brought nationally recognized street artists to the 14th Street Graffiti Museum to create a mural based around the message to get out to vote.

The artists, most of whom had never met before, worked all day Monday, combining their talents to create the wall art based around the word vote. Each given one letter in the word to focus on.

And of course, what would a D.C. mural based around voting be without Mayor for Life Marion Barry being included? Local artist Eddie Harris saw to it that Mayor Barry made the wall saying, “Nothing says vote more than somebody that the people voted for over and over again”

Wanting to use whatever influence their art may have in a positive way, the creators hope that the wall will serve as a reminder to passersby to stay engaged in the process and to not take the right for granted. Seeing it as a civic duty, from local elections to national.

Credit: WUSA
Murals for Humanity came together to create murals based around the word vote.

RELATED: Will the Black Lives Matter mural be removed from 16th Street?

RELATED: Get engaged with Black art and culture from around the country