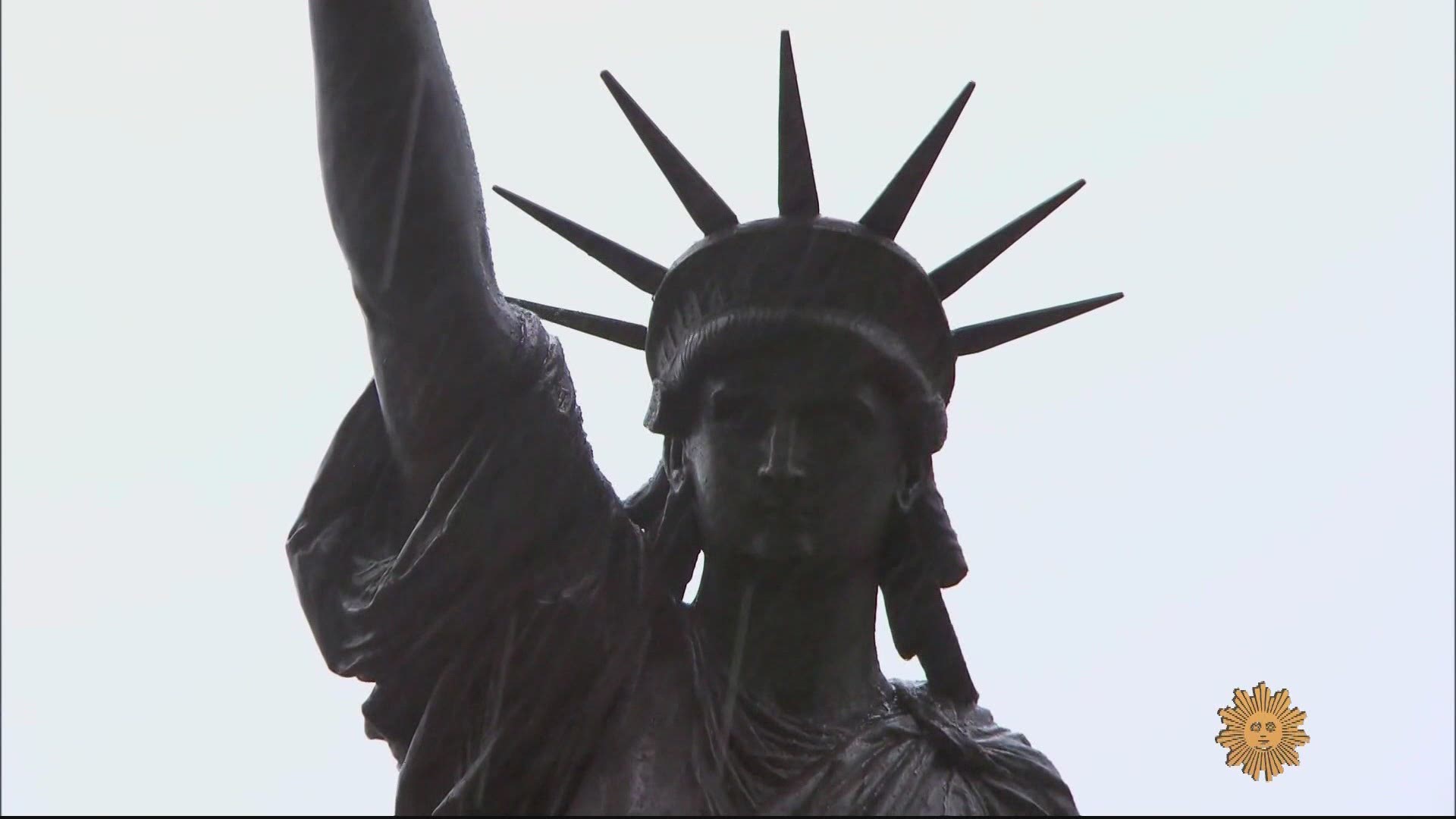 WASHINGTON — The so-called "little sister" of Lady Liberty has finally made her way here to the nation's capital, just in time for Bastille Day on July 14!

France initially shipped the 9-foot-tall replica to New York City in late July and placed it near the original Lady Liberty on Ellis Island for display between July 1 and July 5. Starting Tuesday, the littler liberty will be on display at the French ambassador's residence in Northwest D.C.

The government of France stated that the statue's voyage fortifies the relationship between France and the United States, as written in a press release.

"The arrival of the new Lady Liberty will celebrate the most central value of the French-American partnership: freedom," the French government wrote in a press release. "The technological, artistic, and logistical challenges that had to be overcome to bring this new statue to America tell a modern tale of successful international cooperation."

The 1,000-pound bronze statue was crafted from the original 1878 plaster model by Auguste Bartholdi using the lost-wax method, and was previously displayed outside the Museum of Arts and Crafts in Paris.

There is plenty of time to see the Statue of Liberty's "little sister." While the statue is on loan from France, it will stay on display in D.C. for the next 10 years.

RELATED: Congressman Andy Kim donates suit he wore on Jan. 6 to Smithsonian | It's A DC Thing

RELATED: First Lady Dr. Jill Biden appears on the cover of Vogue | It's A DC Thing