Paying tribute to three musical legends who shaped music as we know it. 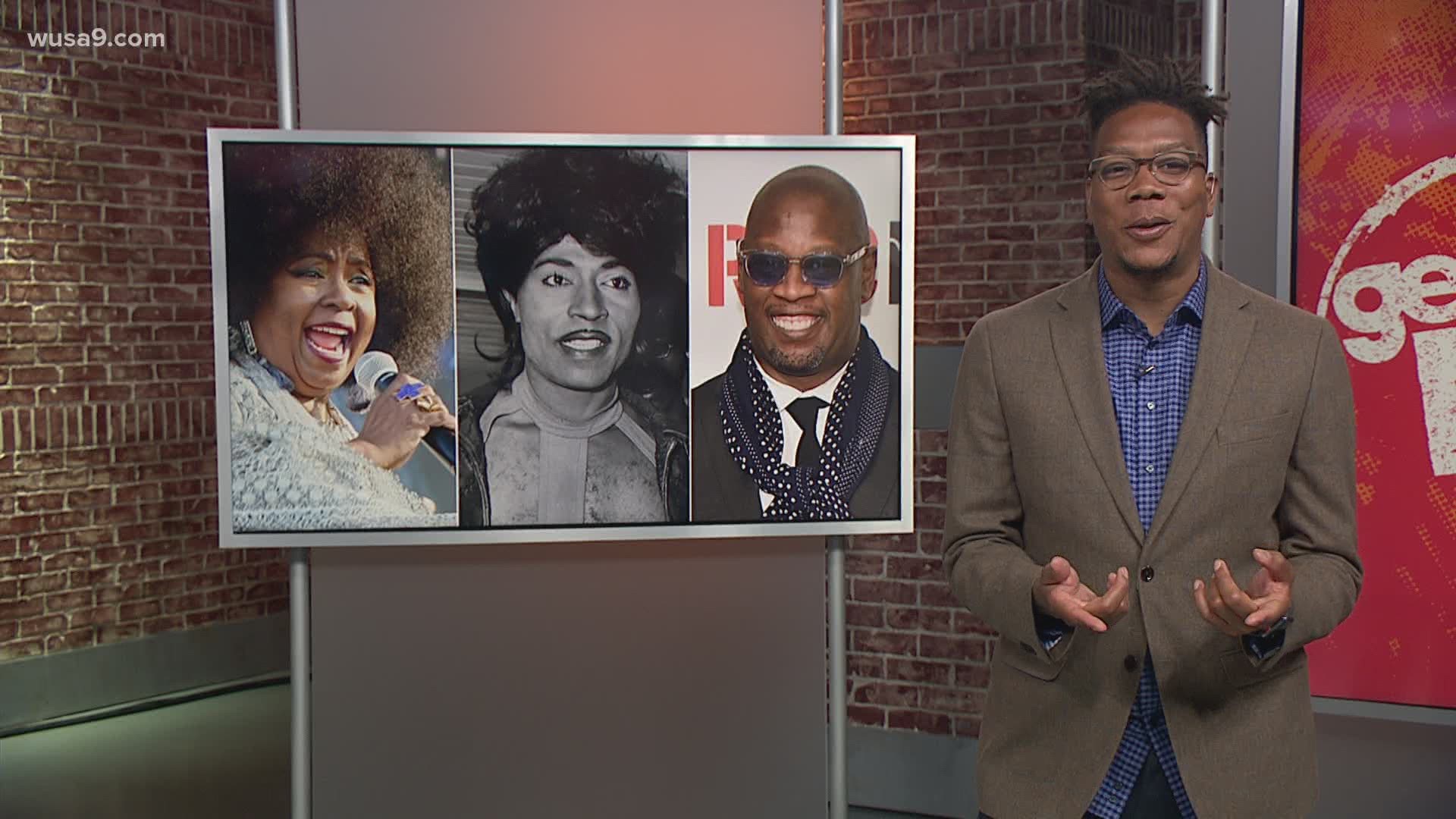 WASHINGTON — The music world lost three iconic figures this weekend. All were innovators whose influences are felt to this day. One of them was one of the first inductees into the Rock and Roll Hall of Fame, which is fitting considering that he was the builder of that house, to hear him tell it.

Signed to her first recording contract at 12 years old, Betty Wright was just 17 when she released her signature song, "Clean Up Woman."

It went on to sell a million copies and became a staple in hip-hop music. The song has been sampled about a million times by artists like Mary J. Blige and the Queen Bey to name a few.

More than just a Grammy-winning singer, producer and mentor to young vocalists, she was also a successful businesswoman. She was the first female artist to score a gold album on her own record label, Ms. B Records.

Speaking of hip-hop and record labels, Andre Harrell might have been one the most influential figures in the genre.

Starting out as a rapper himself, he went into the business side of the game launching his own music label Uptown Records.

It was there that a young Mary J Blige and a kid from Brooklyn who called himself Biggie Smalls started their careers. It’s also where Andre made arguably one of the most pivotal moves in hip-hop: Firing Sean “P-Diddy” Combs, who then went on to a launch his own label and make musical history.

Finally, what can I say about the man born Richard Wayne Penniman that he himself hadn’t already repeatedly told us?

Born in Macon, Georgia, Little Richard, was the architect, innovator and originator of what became to be known as rock 'n' roll music. His piano playing and stage performances inspired and challenged audiences and artists worldwide.

His influences can’t be overstated.  Without Little Richard, would Elton John exist? Would one of his opening acts, a little group called the Beatles have made it? The Rolling Stones? Or acts in the U.S. who took his music and made it their own like Pat Boone and a singer you might have heard of, Elvis Presley, who covered four of his songs and called him the greatest.

One of the first crossover acts, he broke down racial barriers, bringing white and black audiences together in defiance of the era’s ignorance. He also bent gender rules, influencing artists to come like Elton, Freddy Mercury and Prince.

Richard was a showstopper, as he proved at the Grammys in '88, when he brought the house down, gently reminding the audience of who he was and letting the audience know: They got it all from him.

I hope these three are somewhere resting comfortably, and I hope Richard knows that they finally admitted, yes, they got it from him.

RELATED: 'He was there at the beginning': Celebrities share their memories of Little Richard