Maryland Gov. Larry Hogan is standing in truth. Is anybody else going to join him? | Reese's Final Thought

Gov. Larry Hogan went on television and spoke the truth about the election, a rare commodity in the last few weeks 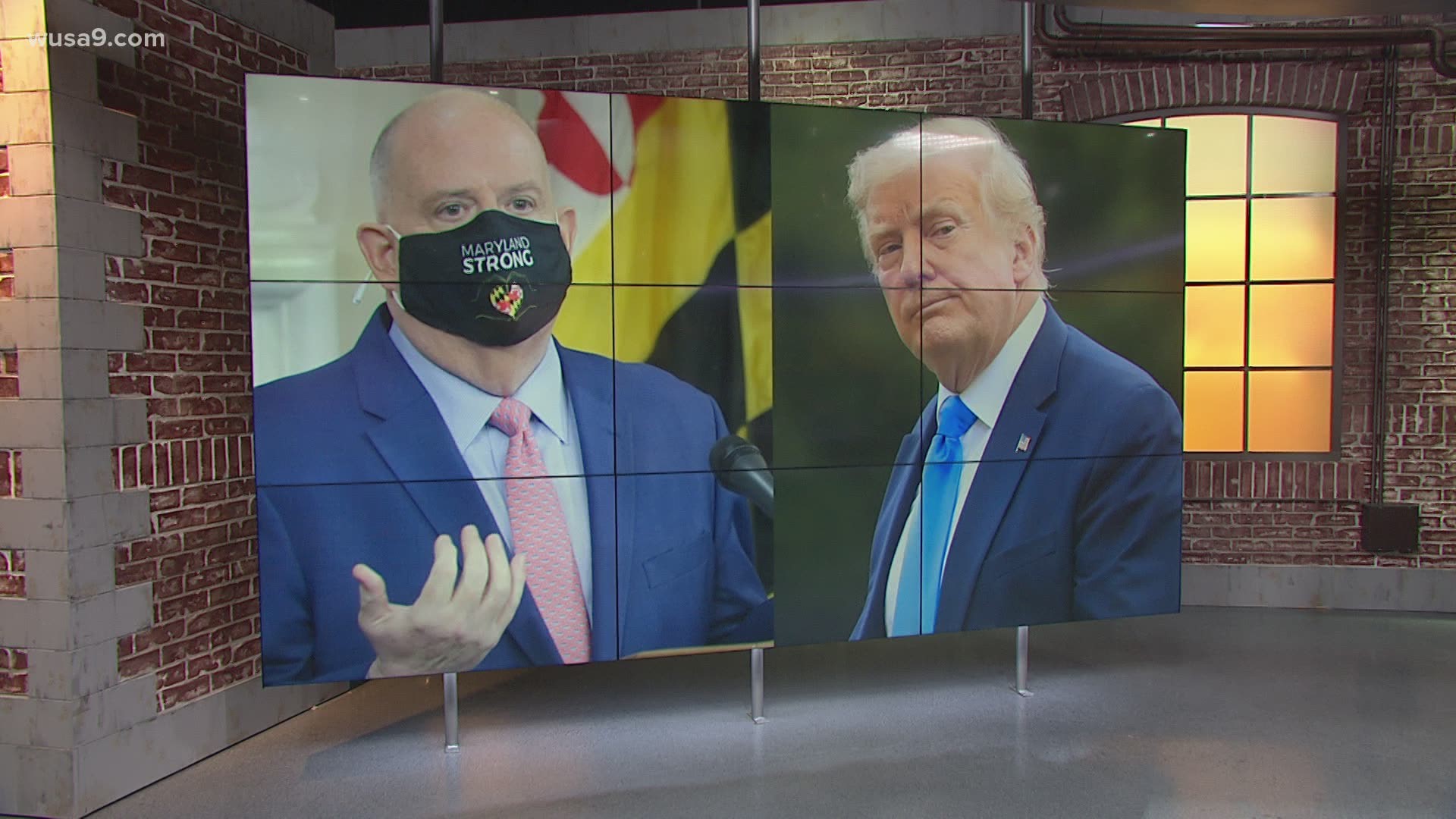 WASHINGTON — Sunday, I'm minding my own business--for a change, I know.

And there I see it, Maryland Governor Larry Hogan's name popping up in my trends on Twitter.

I thought it was just cause I'm here in D.C., he must have announced new COVID-19 restrictions. But no, this was national. My timeline was flooded with thoughts on his CNN interview where he said that he’s embarrassed that more people in his party aren’t speaking up about President Donald Trump’s refusal to concede. He also professed to not being confident that the president is going to do the right thing come Inauguration Day.

As a child of Maryland, I take a great deal of pride in Gov. Hogan standing in truth, putting the country ahead of the party.

Too many others have stood in silence while President Trump and his team have made a mockery of the electoral process. One baseless lawsuit after another being shot down in court. Again, and again. With the losses piling up there is no reason why the party’s establishment, the adults if you will, can’t, or won’t, say enough.

This is not to say that no one is speaking out.  There are others, but their numbers are few, drowned out by the silence of the majority. And President Trump’s Twitter feed, where he went on the attack against the governor, calling him names and attempting to denigrate him for buying COVID-19 tests from South Korea. Another example of Governor Hogan trying to do his job. Something he feels he wouldn’t and shouldn't have had to do if the president had done his.

Governor Hogan noted that after being one of the most respected countries in the world in consideration of our electoral process; we help other countries with theirs, now we’re out here beginning to look like a banana republic.

How have we come to this? Our standing in the world diminished by our own actions, or should I say inactions.

It’s going to take more than a singular voice of leaders like Gov. Hogan. But today DMV, I'm very happy he's ours.

If you had done your job, America's governors wouldn't have been forced to fend for themselves to find tests in the middle of a pandemic, as we successfully did in Maryland.

RELATED: 'Trump needs to respect the will of the voters': Former Gov. Bill Owens urges concession