It was one year ago today that Kobe Bryant lost his life. That tragedy seemed to mark the beginning of this dark American chapter 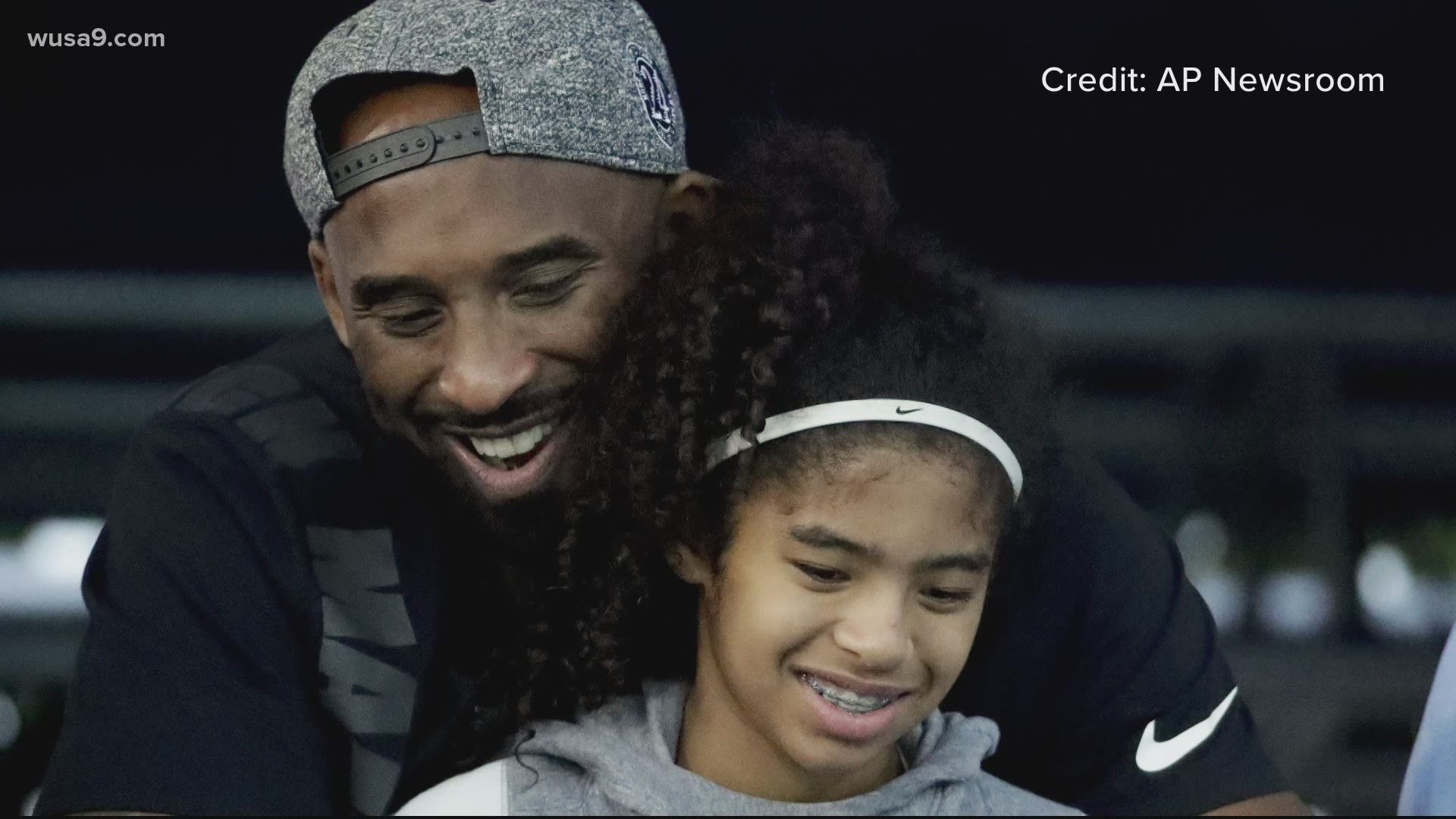 WASHINGTON — Tuesday marks the anniversary of a tragedy that shocked us all, and seemed to signal the start of this very difficult year.

It was a year ago that we heard the news that Kobe Bryant and his daughter Gigi, along with several others, had lost their lives in a helicopter crash. That tragedy, and the mourning that followed, seemed to foretell a darkness that would soon fall over the nation.

There is the coronavirus and all that it has taken from us: over 400,000 of our fellow citizens -- gone. There was our summer of protests, precipitated by senseless death-- a bill of unsolved racial dynamics finally coming due.

We lost giants: Ruth Bader Ginsburg, John Lewis, Chadwick Boseman. All figures who helped shape our lives for the better.

It’s been said that there is a time for everything. A time to weep, and a time to mourn. But there is also a time to heal, and a time to build. That’s what Kobe Bryant was about, the building. A basketball legacy; A beautiful family; A life for himself after the game ended.

On this anniversary, we would do well to remember that about him. We should try to take some of what defined him and apply it to ourselves. Just maybe, by adopting a bit of that mamba attitude, we can reach that time of healing for ourselves, and each other.

RELATED: "Celebrate their lives, not the day they lost them;" Vanessa Bryant asks the media to be respectful ahead of the anniversary of Kobe and Gigi's deaths

RELATED: LeBron James returns to face Cavaliers in Cleveland for first time since 2018