Looking to write a page in the history books, Joe Biden picked Kamala Harris as his VP. 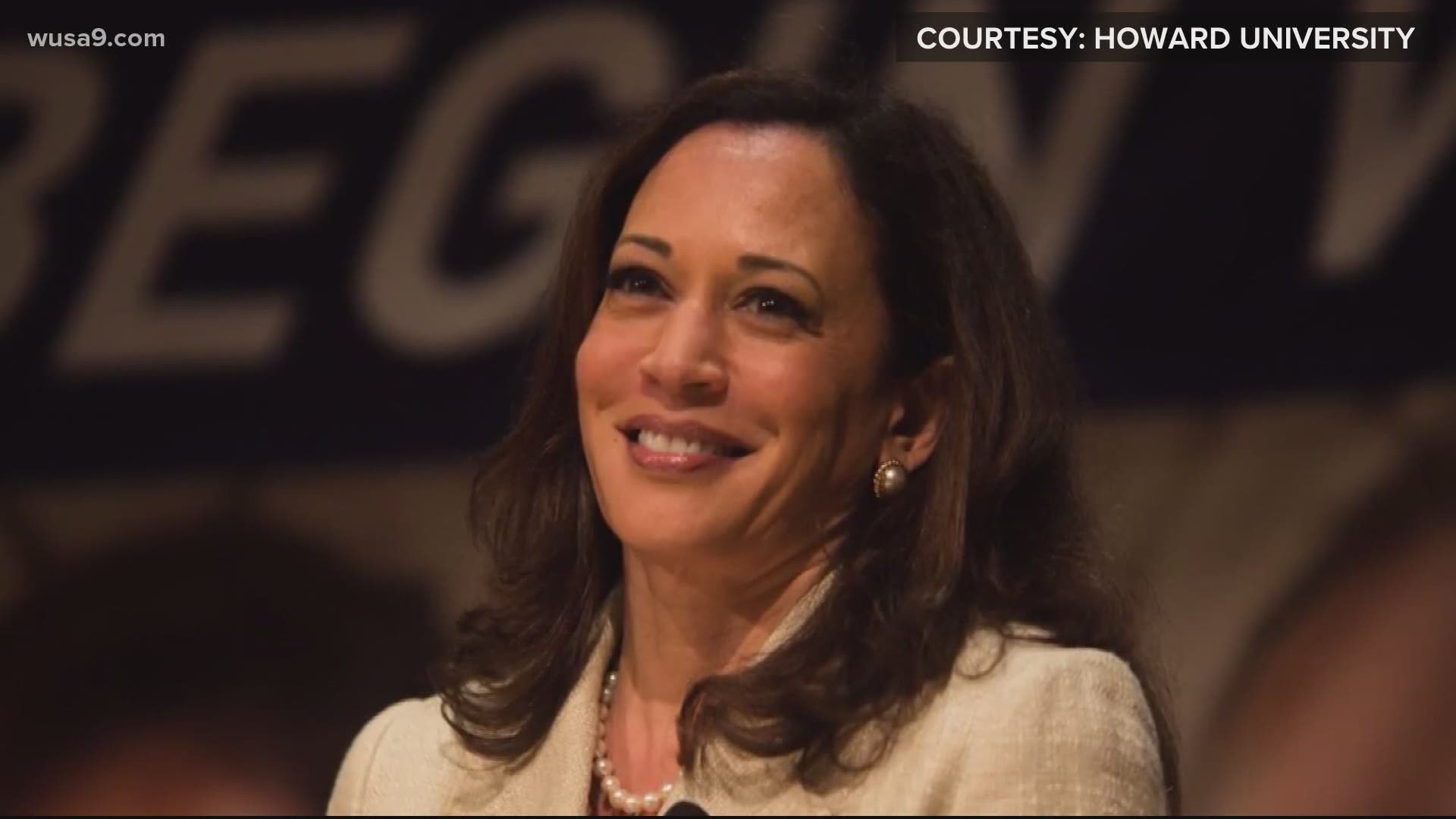 WASHINGTON — Joe Biden finally made it official Tuesday, picking Kamala Harris as his running mate, earning them a place in history, and explaining why I got woken up from my afternoon nap by city-wide shouts of “U-KNOW!”.

Sure, we could talk about all her accomplishments, she’s got plenty of them: Attorney General of California; Senator; The second Black woman in history to mount a presidential campaign; The now-third woman to be picked for the VP slot; Being referred to as “Nasty” by certain folks.

All of that is great, and would be more than enough, but it’s the time she spent here in these D.C. streets, spending formative years at Howard, where she learned, as she says, "her reasoning for being," that I think sets her apart.

Howard students and alumni have a certain swagger to them. GoGo music, half smokes and mumbo sauce will do that for you. If you’ve lived here for any amount of time you’ve experienced it. Depending on how November goes, the world might get a little taste of it, too.

The pick got instant love from Democrats, and not just from the fans of Maya Rudolph either.

Many in the party see it as an affirmation of America. Proving that we’re still a place where a child of immigrants can succeed on the highest levels. I look at it as giving young girls of color a model that they can relate and look up to. A view of the world that includes someone who looks like them giving the orders and questioning power.

Biden picking Harris puts her in the position of being a major player in Washington for years to come. People have already started asking that same tired question: "Is America ready for a woman president?"

It’s getting embarrassing. Of the major players on the world stage, we’re one of the few nations who hasn’t had one. Australia, The United Kingdom, France, Germany and Canada have all had a woman lead them, and they’re all still standing. What are we waiting on?

But right now, I think we should all celebrate. Not just Senator Harris, to whom I say congratulations, but the moment. Tuesday's choice by Biden was another step on the road to equality. Always a good thing. Always worth celebrating.

Maybe we can catch up to New Zealand.

RELATED: From DC college student to VP candidate: A look back at Sen. Kamala Harris' years at Howard University