VP Kamala Harris spotted working out at Lincoln Memorial; Secret Service tried to keep up | It's a DC Thing

Kamala Harris was spotted getting a workout in on the steps of the Lincoln Memorial over the weekend. 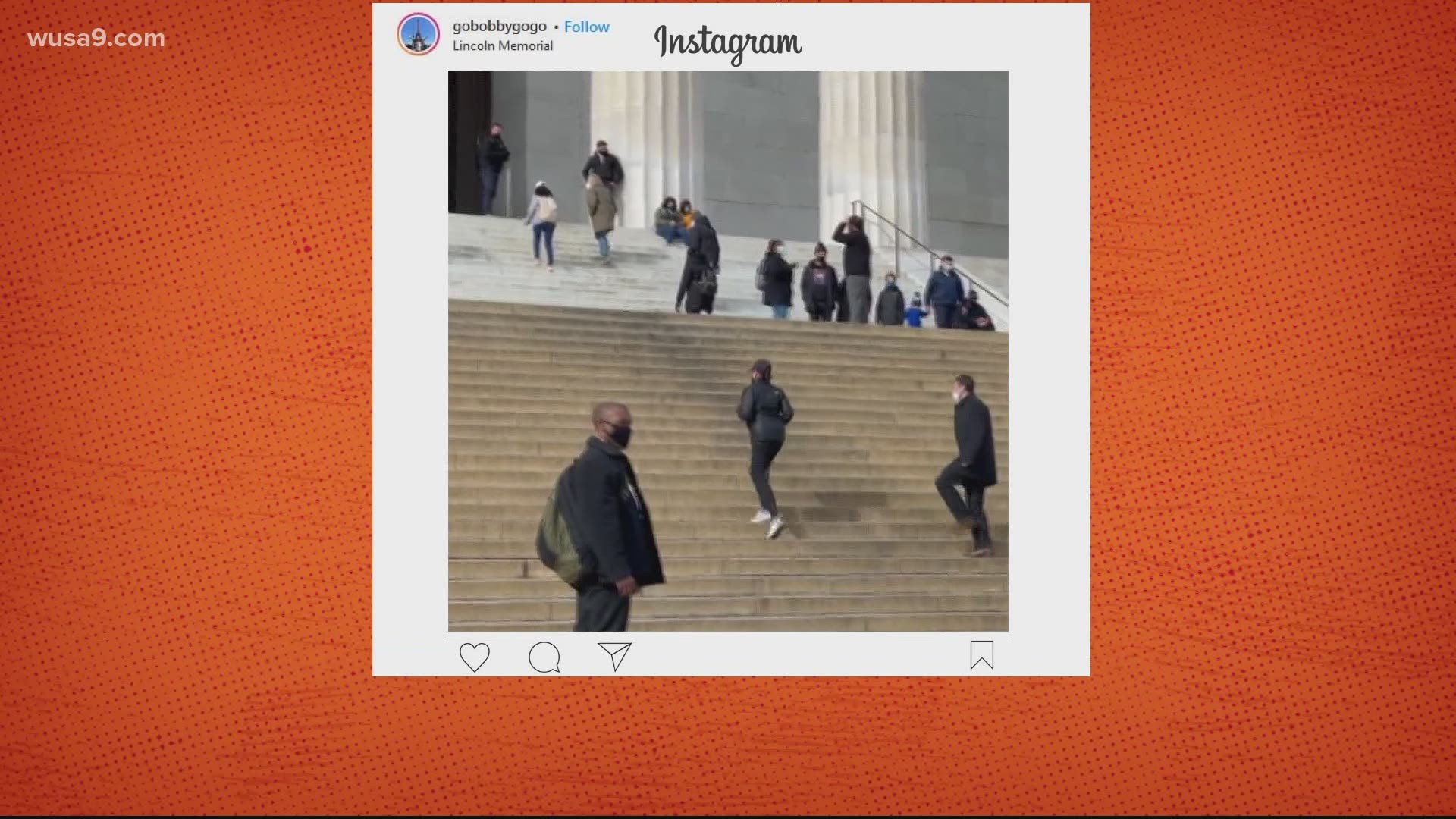 WASHINGTON — People around D.C. take their fitness seriously. At almost any given time of the day you will see folks here getting their workout in, including our new vice president, who was spotted by an Instagram user running the steps of the Lincoln Memorial over the weekend.

The user caught the mask-wearing VP,  accompanied by the second gentlemen and her Secret Service contingent, on video putting in that work. And she even posed for a picture with him.

The MVP of the video is the member of the Secret Service whose job it was to shadow her. I’m sure he had no idea when he came in to work that morning what the day's plan was. They couldn’t have given him a heads up so he could dress appropriately? Maybe join in?

It’s been suggested that the 'Rocky' theme should accompany this video, but this is D.C., not Philly. If we’re adding music then it’s gotta be Chuck Brown’s "Busting Loose," right?

Just steps away from Harris' workout is a new piece of art capturing the historic essence of Harris' election to VP: A six-foot portrait of her face emerging through cracks in a glass barrier.

The piece was unveiled Thursday at the Lincoln Memorial. It will be on display through Saturday night. The portrait symbolizes Vice President Harris breaking through the glass ceiling, something she has done repeatedly over the course of her career. She knows of the project, but it’s unclear if she will be able to see it. I hope she can.

Credit: AP
The installation "Vice President Kamala Harris Glass Ceiling Breaker" is seen at the Lincoln Memorial in Washington, Wednesday, Feb. 4, 2021. Vice President Kamala Harris' barrier-breaking career has been memorialized in a portrait depicting her face emerging from the cracks in a massive sheet of glass. Using a photo of Harris that taken by photographer Celeste Sloman, artist Simon Berger lightly hammered on the slab of laminated glass to create the portrait of Harris. The Washington Monument is seen in the distance and the Lincoln Memorial is reflected. (AP Photo/Carolyn Kaster)

RELATED: As barriers are removed, DC residents feel a sense of relief