The system doesn't care if you believe in it or not. It's there, Even if you never experience it | Reese's Final Thought

Jonathan Price was a victim of a system that he didn't believe in. 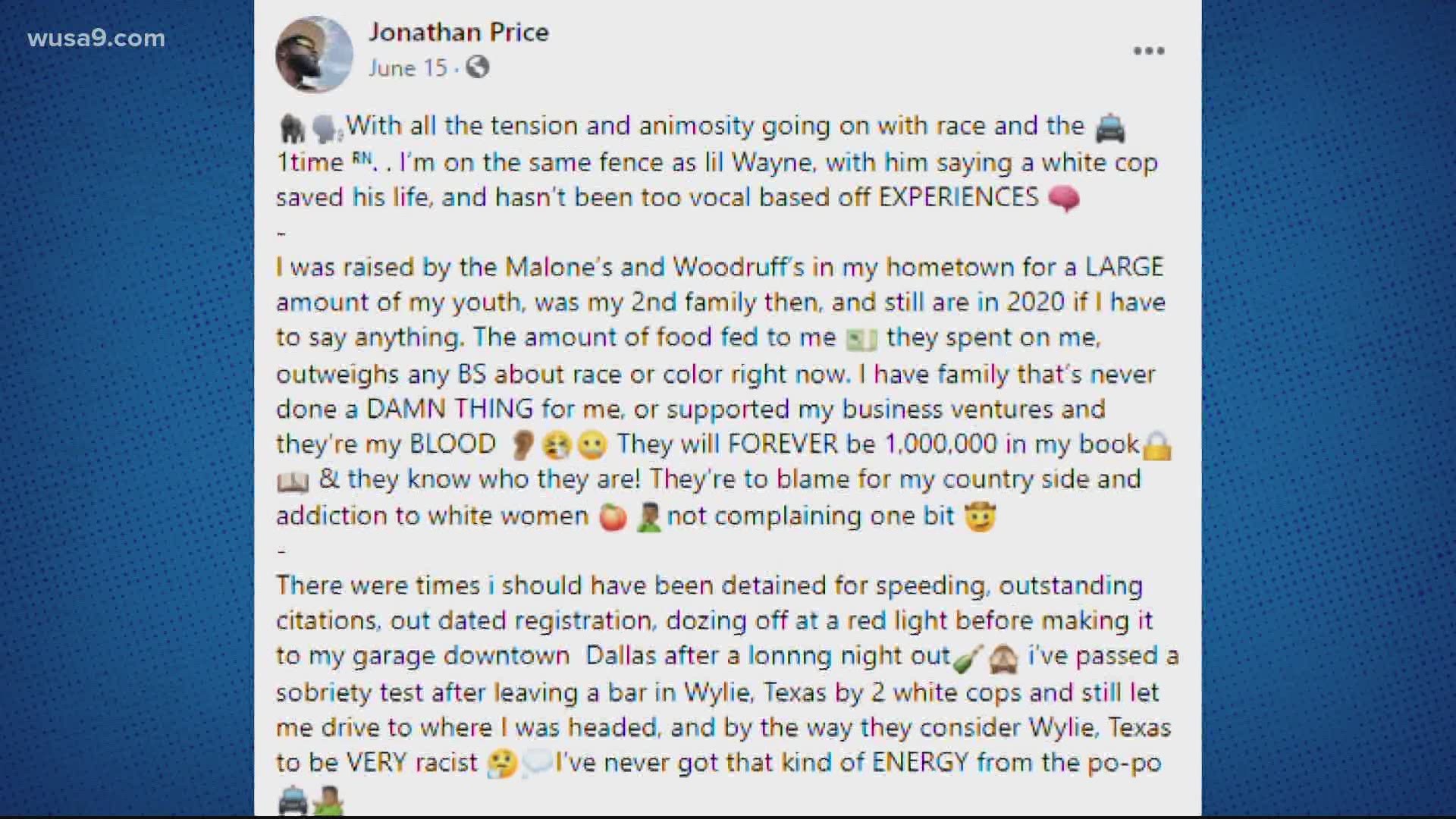 WASHINGTON — A system is defined as a set of things working together as parts of a mechanism or an interconnecting network. Now, there are systems all around us at work, every moment of every day. Some are obvious. Physical or mechanical in nature. Others, quietly working in the background, unseen and unspoken. Defined by stereotyping and profiling. Texas native Jonathan Price came up against one of this Saturday night in his hometown.

Price was at a convenience store when he witnessed a scene of domestic violence. A man who would help anyone, he stepped in to assist the woman and ended up in an altercation with her abuser. According to witnesses, things had calmed down when police arrived on the scene. And that’s when, Officer Shaun David Lucas, attempting to detain Price, tased him. And then, shot him, ending his life there in the parking lot. He was 31.

It was Pice who was stopping the violence, assisting the victim. No matter, Officer Lucas saw him as the threat and the system went to work. Just as we’ve seen before. Lucas has been arrested, charged with murder, but we know the system can fail in this regard. Because we’ve seen this before. Just recently actually.

But here’s a twist, Price didn’t believe in the system. According to a Facebook post, he had nothing but positive interactions with law enforcement, saying he never experienced racist energy from local police. And I am sure he didn’t until he did. Becoming another victim. Another hash-tagged name. A reason to march.

That’s how systems work. They’re impersonal. They don’t care about singular experiences. They don’t care what a person’s station in life is, as evidenced by Versace Vice President Salehe Bembury, who after shopping while black, was allegedly profiled by police. He was stopped for jaywalking after leaving the Beverly Hills store he runs. Officers let him go on his way without issuing a ticket, but not before robbing him of his time, and running his ID. And for what reason? The system.

Two examples. One ending in a familiar feeling of helpless frustration. The other, tragedy. Both driven by the same impetus. An interconnected network, full of suspicions and fears. In the background, hard at work but never seen, until it is.

This didn’t happen quickly. It should happened the day he murdered JP. John should still be here.

This is step one. Let’s see it through to justice. pic.twitter.com/ydC124MYbG

RELATED: Who is Jonathan Price?