'Late Show' bandleader, Jon Batiste, on social justice and going back to normal

Batiste is a musician and a bandleader, but he's also so much more. 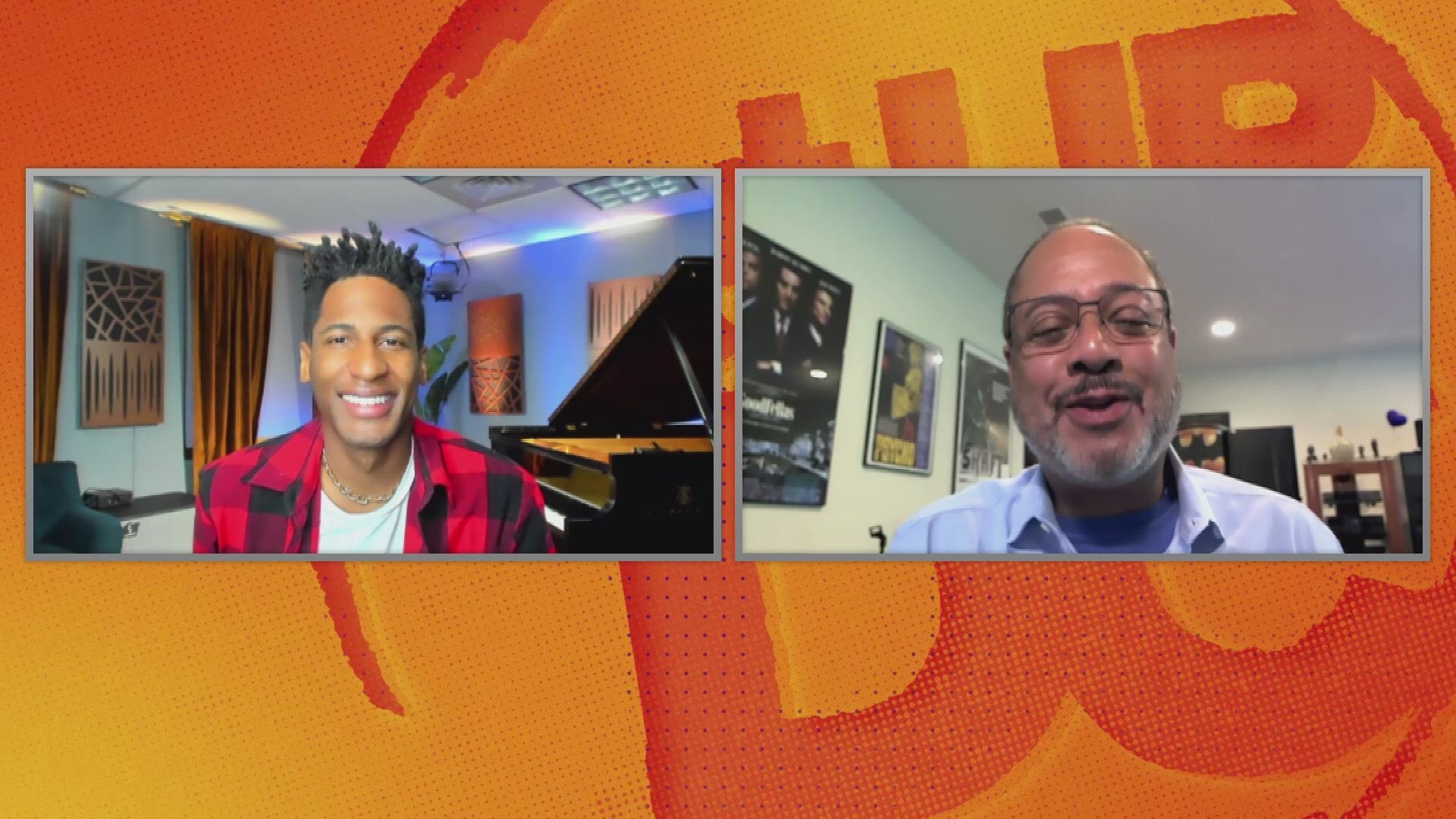 WASHINGTON — If you've seen the Late Show with Stephen Colbert, you've, no doubt, come across Jon Batiste. He's the show's bandleader and part of the soul of the show, but he's of course so much more than that.

Over the past few years, Batiste has released albums and won a number of awards, even picking up an Oscar for his work on the soundtrack of the Disney Pixar movie "Soul." In addition to that, he's become a leader for social justice.

Recently, Get Up DC's Tony Perkins sat down with Batiste to talk about the excitement of his past few years.

The Late Show returned to the studio with a live audience earlier this month, the first late-night show to do so.

"It feels great to see the people, and see everybody come together and be a part of something," Batiste said. "It's been a joy to be back."

Coming back after a period of adjustment, which included working from home because of the coronavirus pandemic.

Batiste said he had to rely on his family to become his home crew, while away from the Late Show studio.

On top of everything else, Batiste said he was finishing the score for "Soul" in his living room.

"It's not a recording studio," Batiste said. "The range of things that were going on and wrapping up, it was just perfect timing. The pandemic said 'I don't care about any of that.'"

Batiste discussed the nerves surrounding the movie "Soul" but was surprised by the reaction.

He also spoke about why he felt the need to join the protests for social justice, and what message he hopes the world takes away from it.

RELATED: Complete list of nominees for the 2021 Golden Globe Awards