Between an outdated website and logjams on the phone lines, District residents are waiting weeks to get unemployment benefits. 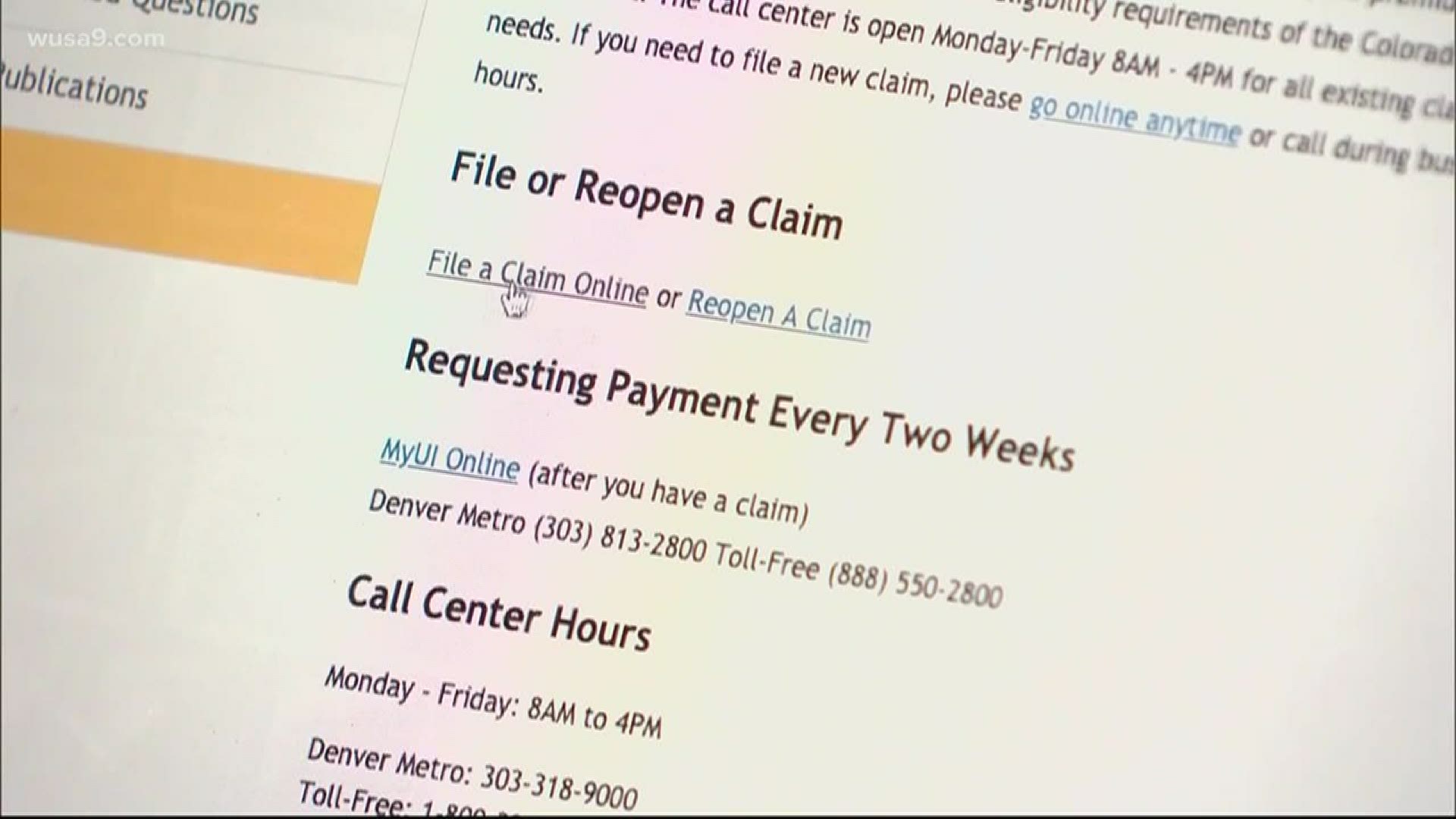 WASHINGTON — The coronavirus outbreak has sent thousands of new people to the unemployment line.

In D.C. it’s been several weeks since workers were forced to apply for benefits. A fair amount of people report they still have not received any money.

Several people reported to WUSA9 that the D.C. unemployment website is one of many issues with applying for benefits.

Jackson Moore-Ragusin has been out of work since mid-March when his restaurant employer let him go.

"Immediately, I was like, 'How do I make it through this financially,'" he recalled.

Moore-Ragusin is one of the more than 50,000 new applicants for unemployment in D.C. in the last few weeks.

"I have submitted three weeks' worth of claims and received zero dollars,” he said.

According to council member Elissa Silverman's office, 23,924 claims have been filled in that time.

Part of the problem, Moore-Ragusin believes, is the city’s website to apply for unemployment.

"You go to this website on Internet Explorer, which was discontinued," Moore-Ragusin said.

That could be just a complaint about an internet browser. However, it might go beyond that. Moore-Ragusin said the system crashes. Others report it does not work on mobile phones.

Moore-Ragusin was also told a glitch in one of the questions on the site has led to his unemployment benefits not being issued.

That glitch was a question that asked whether, or not, he would be looking for work. The D.C. government signaled they would waive that question, but the website didn’t reflect the update.

"It took them three weeks, three weeks," Moore-Ragusin said. "To remove one question from their weekly claim forms."

The city has known for years the unemployment claims site is a problem.

Since 2010, the council has spent roughly $9 million working to overhaul the city's employment benefits. Council member Elissa Silverman's office found records that indicate the overhaul was money first introduced in 2010.

In April of 2019, Council member Silverman asked the city's Director of Employment Services, Unique Morris-Hughes, "What has the money been spent on?"

"The enhancement to the benefit system is going," Morris-Hughes said. "The money is spent on data migration. There is software development."

The company hired to maintain and upgrade the current website is On Point Technology. The CEO of the company, Michael Lorsbach told WUSA9 the company goes through millions of lines of antiquated code to update the website.

Lorsbach said the site was designed and built in the mid-90's. On Point Technology has inherited the site and now maintains it. However, they have not been contracted to overhaul or build a new site.

There is no indication of when, or if, that will be done. Inquiries were made to the Department of Employment Services, but received no response.

Budget documents indicate the total cost to overhaul the unemployment benefits system, including the website, is roughly $46 million.

There is also a phone number to call for claims, which Moore-Ragusin calls every day.

"I spent two hours on hold this morning," he explained. "And then got disconnected."

But what choice does he have, but to keep calling? He knows the benefits are there, but after three weeks he is distraught.

"It's like a parachute that’s deploying after you hit the ground," he said.

Since then, the city contracted 72 call center workers to help with the overload of calls for unemployment benefits.