The portrait of the Vice President shows her face in a cracked glass barrier. 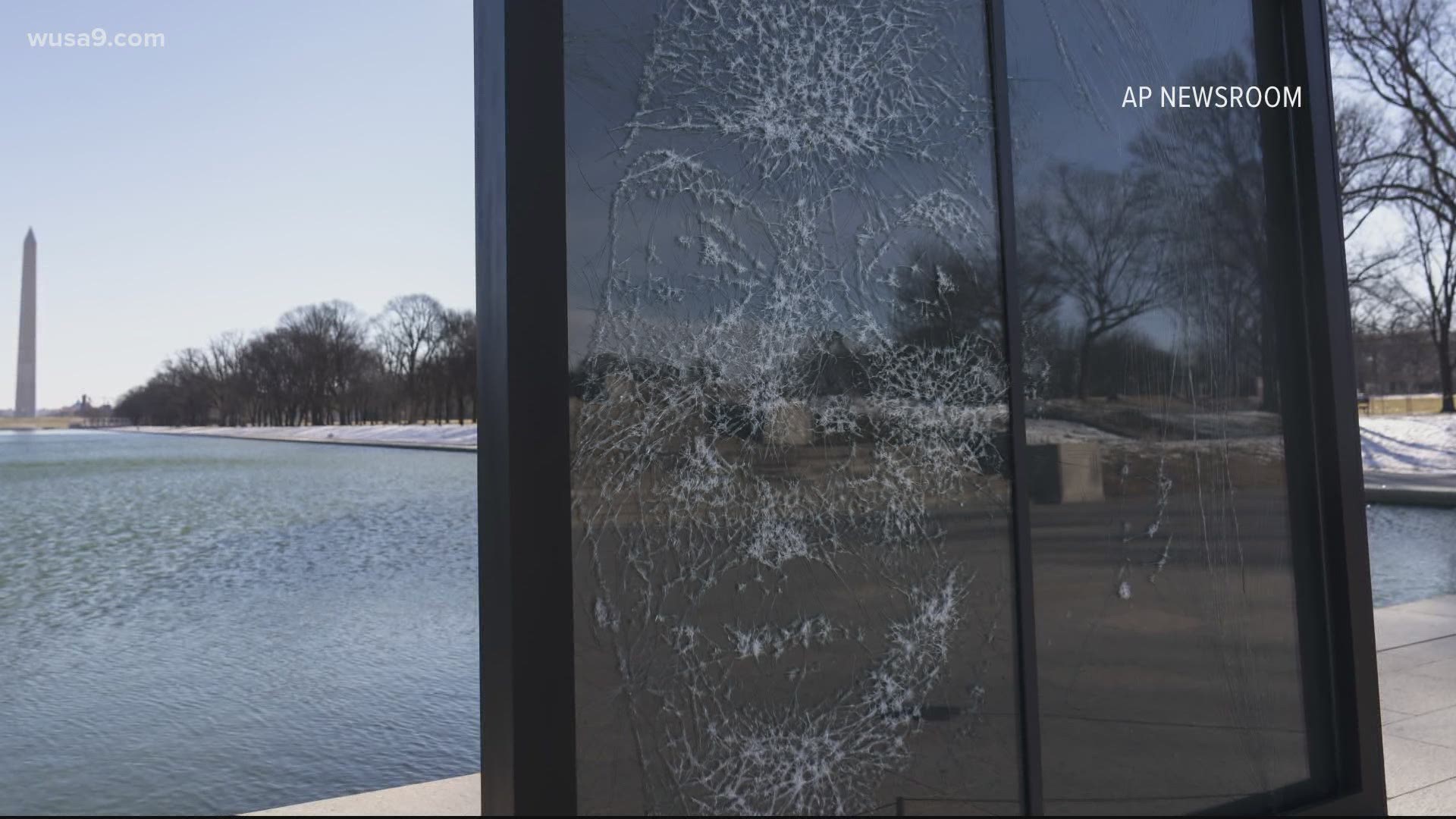 WASHINGTON — It’s been two weeks since Kamala Harris was sworn in, becoming the first woman to serve as Vice President of our nation.

In honor of that historic moment, the creative agency BBH New York commissioned Swiss artist Simon Berger to create a piece of art capturing its essence. And he’s done just that, producing a six-foot portrait of her face emerging through cracks in a glass barrier.

The piece was unveiled Thursday at the Lincoln Memorial. It will be on display through Saturday night. The portrait obviously symbolizes Vice President Harris breaking through the glass ceiling, something she has done repeatedly over the course of her career. She knows of the project, but it’s unclear if she will be able to see it. I hope she can.

After Saturday, the piece will be moved to the BBH home office in New York, with plans for future public showings.

Credit: AP
The installation "Vice President Kamala Harris Glass Ceiling Breaker" is seen at the Lincoln Memorial in Washington, Wednesday, Feb. 4, 2021. Vice President Kamala Harris' barrier-breaking career has been memorialized in a portrait depicting her face emerging from the cracks in a massive sheet of glass. Using a photo of Harris that taken by photographer Celeste Sloman, artist Simon Berger lightly hammered on the slab of laminated glass to create the portrait of Harris. The Washington Monument is seen in the distance and the Lincoln Memorial is reflected. (AP Photo/Carolyn Kaster)

RELATED: 'We are 100% behind her' | Vice President Kamala Harris inspires thousands of students who hope to follow in her footsteps