In return to the District, John Wall wants DC fans to know he hasn't forgotten them | It's A DC Thing

John Wall came back home to the city that grew him, and he showed the people here some love. 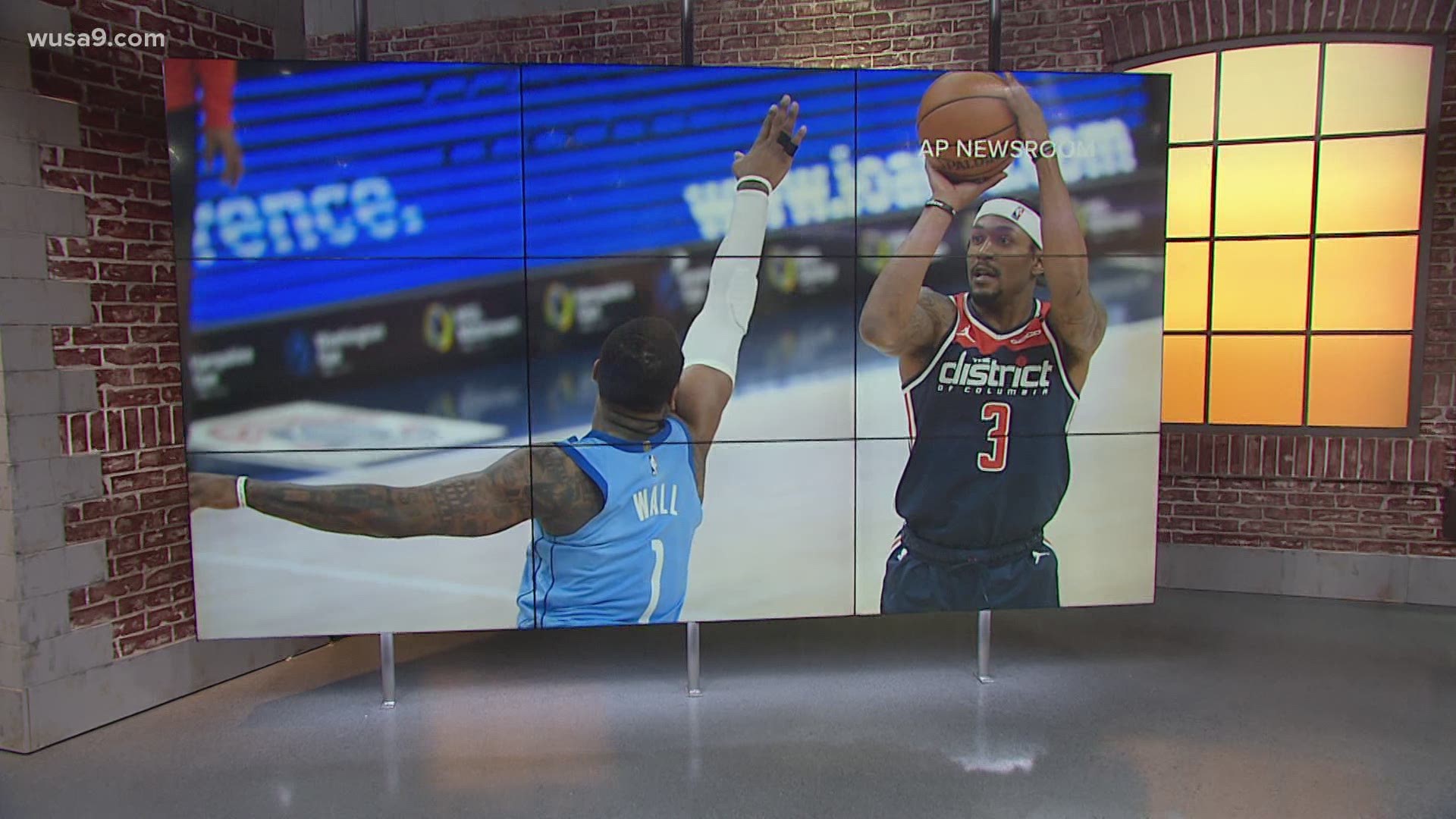 WASHINGTON — John Wall returned to the Capitol One Arena on Monday, his first visit back since being traded to the Houston Rockets.

Facing off against Bradley Beal, the former dynamic duo gave fans an impressive duel, with Bradley scoring 37 points to John’s 29, a season high for him. In the end Washington got the win.

During a first quarter timeout the Wizards played a video tribute to their former star player, highlighting his charity work here, as well as the play he put in while wearing their uniform.

While Wall may be living and playing in Houston now, he’s still carrying D.C. with him. In his postgame press conference, he talked about how happy he was to be back in the building. For obvious reasons, he couldn’t see many of the familiar faces, or the fans.

But he made a pledge to change that. He said he plans to buy tickets for all the fans who supported him over the past 10 years, when it’s safe for them to come back to the stands and when the Rockets come back into town here.

"I know they played a major part in becoming a young boy to a grown man. They have my love and support forever," Wall said. "I look forward to buying a lot of tickets for people who looked out for me and helped me grow up to be who I am today, and let them know that I haven't forgot about them."

It's actions like this that made him a beloved figure here. And that’s a DC thing.

John Wall (@JohnWall) is STILL giving back to the Washington D.C. community!!!!

Wall plans to buy a bunch of tickets for the people in D.C. that supported him the last 10 years for the next Rockets at Wizards game when fans are allowed. @wusa9 @WUSA9sports #Rockets #DCAboveAll pic.twitter.com/3m6CU9poFR

RELATED: Rockets fall to Wizards in John Wall's first return back to DC