History was made twice in one week | Reese's Final Thought

Following his the exhorting of his followers to march on the U.S. Capitol, Donald Trump becomes the first president to be impeached twice. 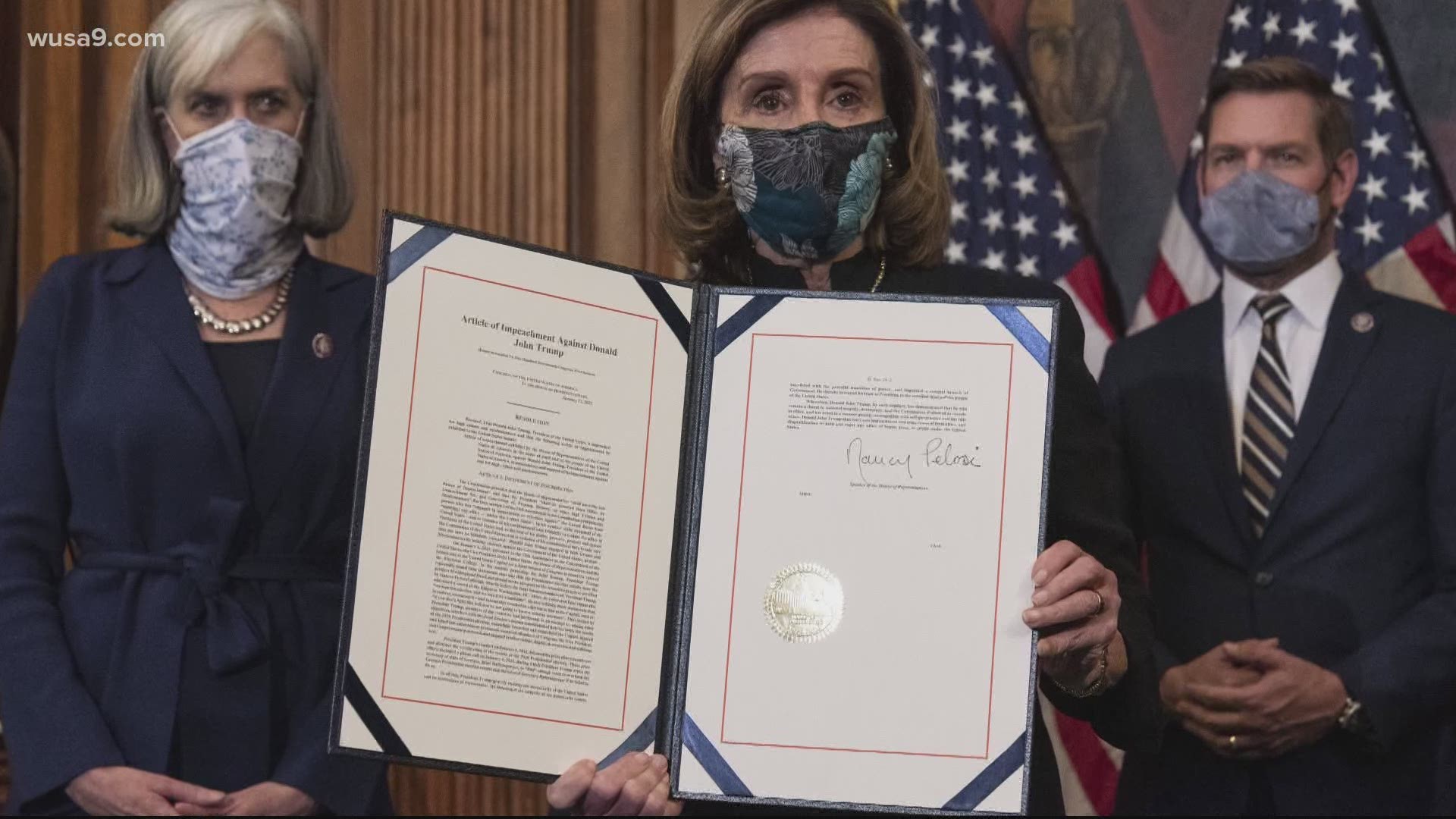 The first, a riotous attack on the very seat of our democracy, and the second impeachment of the president in whose name the onslaught was carried out.

There have been four presidential impeachments in our nation’s history. Donald Trump now accounts for half of them. That’s quite an ending for the proclaimed greatest first term in presidential history.

Standing behind a lectern last seen in the hands of an insurrectionist foot soldier, Nancy Pelosi stated that no one is above is the law, not even a president. She called him a clear and present danger to the United States. It’s hard to argue this, seeing the aftermath of the chaos coming from the fire he helped stoke. A fire that, even now, some members of Congress are still playing with.

One of the main arguments against impeachment, repeated ad nauseum, was that a trial would only “further fan the flames of division” and won’t help the nation heal.

I would like to publicly thank the people making this claim for giving myself and people everywhere an excuse to slip out of receiving any consequences for our actions until the end of time; “Baby I know I did wrong, but how is you being mad going to help the heal nation?”

By refusing to convene the Senate in time to vote before Joe Biden’s inauguration, Mitch McConnell has effectively placed Trump on double secret probation. Is there a three-strike rule in effect for the man?

Let’s be clear on this; a Senate trial needs to happen, and soon. Accountability must be sought and found. If lawmakers are not willing to fulfill this duty out of a desire to stay in the good graces of a mob, then we should stop calling our system of governance the greatest the world has ever seen.

Dr. Martin Luther King, Jr. said, "True peace is not merely the absence of tension: it is the presence of justice."

Justice can only be found in truth. The road to healing this nation begins with a search for it.

Verify: After impeachment comes the trial. But, when will the Senate hold court? It won't be until after President Biden is sworn in. #GetupDC @wusa9 pic.twitter.com/72TBwCwuTb

RELATED: VERIFY: Can the president 'preemptively' pardon himself, his family?