The World Central Kitchen team has set up three kitchens to provide meals for those who need them. 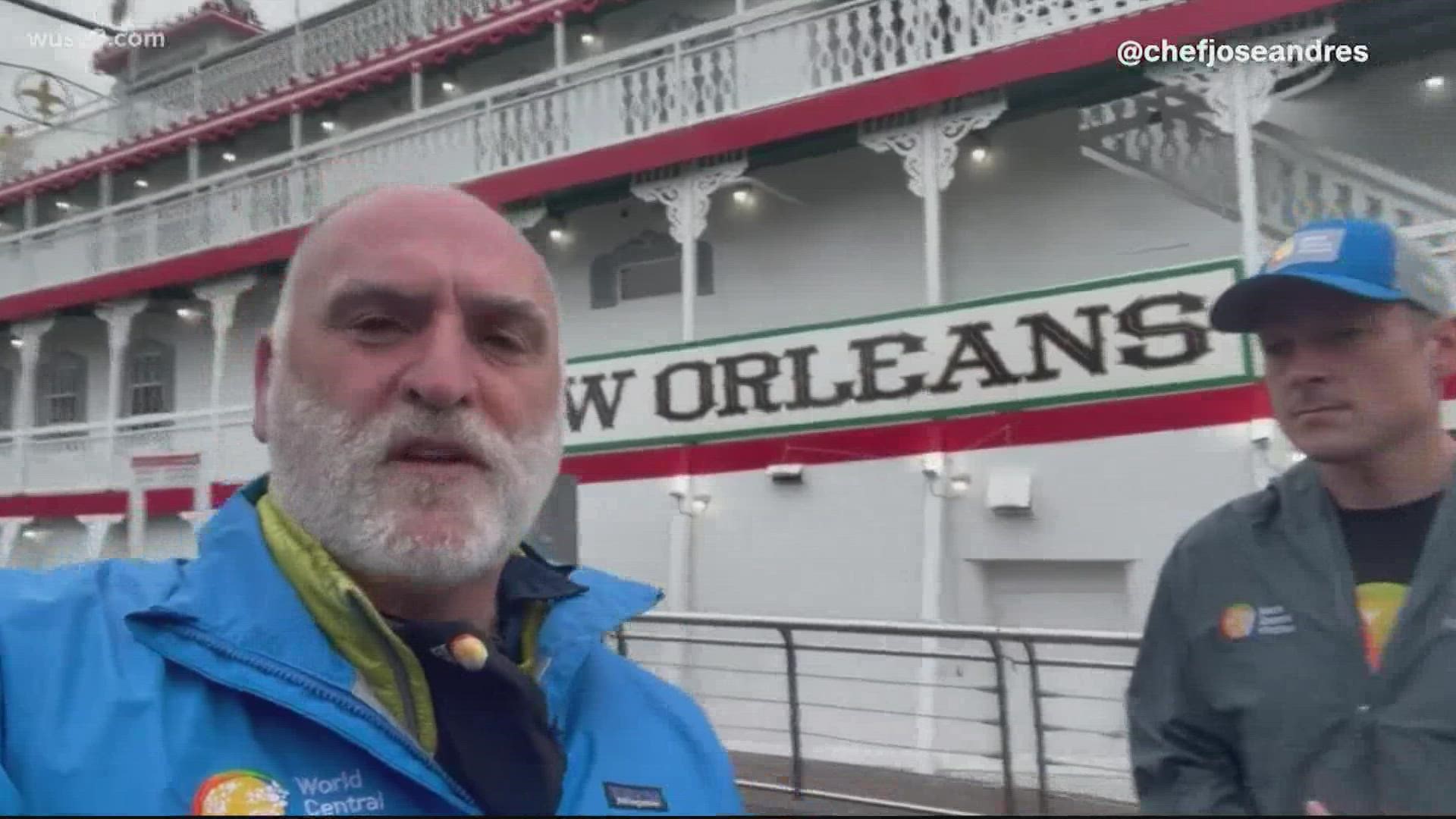 NEW ORLEANS — D.C. Chef José Andrés and his team at the nonprofit World Central Kitchen are on the ground in New Orleans, helping those in need after Ida made landfall in Louisiana on Sunday.

"We have 3 kitchens ready with supplies already for 100,000+ meals! Now we will shelter until Ida passes," he wrote on Twitter.

The World Central Kitchen team just got back from Haiti, where they offered meals to people suffering after a devastating earthquake there.

Ida made landfall as a Category 4 hurricane on the same day 16 years earlier that Hurricane Katrina ravaged Louisiana and Mississippi, and its 150 mph (230 kph) winds tied it for the fifth-strongest hurricane to ever hit the mainland. It was already blamed for on death, someone hit by a falling tree in Prairieville, outside Baton Rouge, deputies with the Ascension Parish Sheriff’s Office confirmed on Sunday.

The storm knocked out power to thousands as well.

In his video message on Twitter, Chef Andrés said he planned to move quickly to help those who need it.

"After the storm passes we can then do what we always do, go to other cities and very quickly fire up the kitchens."