For Allison Seymour, joining WUSA9 is a second homecoming

Allison joins the team on Get Up DC! starting Monday, November 9. 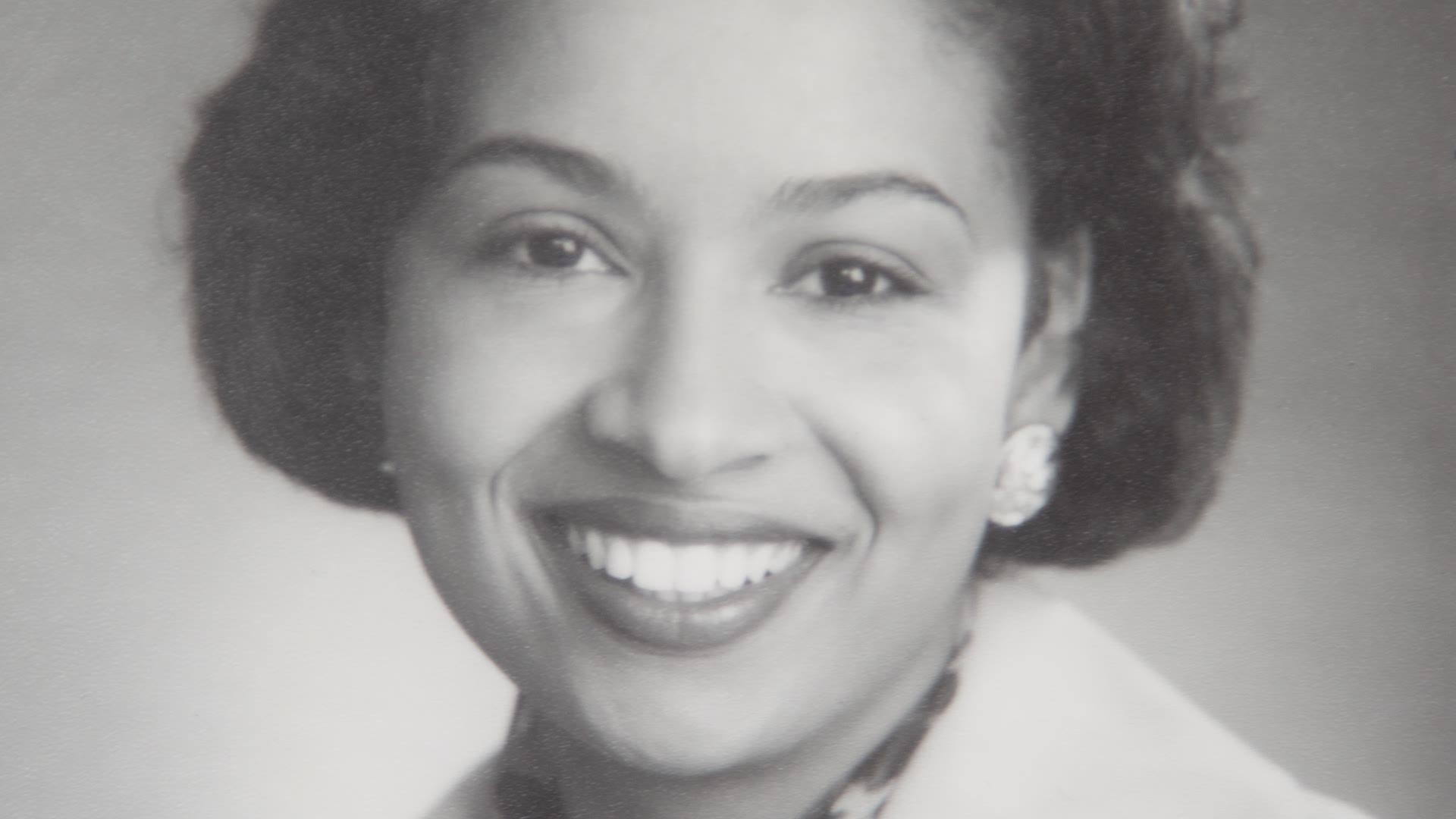 MONTGOMERY COUNTY, Md. — She’s a familiar face in the Washington area. After more than two decades in the DMV, beloved journalist Allison Seymour is joining our WUSA9 family to “Get Up DC” each day.

It’s a second homecoming of sorts.

Allison has long wanted to be part of the station she grew up watching in her early years. We couldn’t be happier to welcome her to inform, inspire and make an impact on your life, bright and early.

WUSA evening anchor Lesli Foster and Allison Seymour have known each other for decades. And when they got together recently to chat – these two old friends had a lot to catch up on: The pandemic, parenting, and preparing for a new opportunity.

They met at the home of the Barons. Allison’s alma mater, Bethesda Chevy Chase High School. These two old friends have waited the better part of a year to connect in person.

With an established safe distance between them, they removed their masks and settled in for some girl talk.

RELATED: 9 things you didn't know about Allison Seymour, Get Up DC's new anchor

“It’s amazing,” said Allison. “Like if you told me that this would be my journey, I don’t know that I would have believed you.”

Allison’s journey to this high school and ultimately to the place she calls home would take her literally around the world. She was born in New York, then took off for distant lands with her free-spirited parents.

Her parents were in the Peace Corps.

“We were overseas from six months to 4 years old in West Africa, India, then we came back to D.C., “ Allison said.

We went back to the first place she lived in D.C., off Missouri Avenue in Northwest. She still remembers her old phone and apartment number. And one unannounced visit.

“I think one time I tried to go back into the apartment, and they were like, no!” recalled Allison.

She left D.C. in the 5th grade for a tiny island called Bequia in the Grenadines. Then she made a series of stops in Miami, Charleston, and Kansas City before winding back to this area for her final years of high school.

For years, Allison was searching for a place to call her own.

“Although it was uncomfortable sometimes moving, it happened so that I can be in this very spot right here, right now,” said Allison.

We wondered what Allison wants people to know about the newest member of our WUSA9 family.

“I want them to know that the work I do is completely for them. For the community.”

And, she says, “I love to laugh. I love mornings, TV. My big joke is if morning TV could be in the afternoon it would be so great!”

What she promises, is something to make your day better when she joins Annie, Tony, Reese and the team each morning.

“You can expect inspiration, you can expect me to try and sprinkle in a little motivation and YOU GOT THIS, because that’s how I truly feel,” said Allison.

Credit: WUSA
Allison Seymour joins the team at Get Up DC! on November 9!

And, you can expect to know how she’s feeling each day of the week. It all comes down to colors.

“On Mondays, I do yellow,” said Allison.

And, on Fridays, it’s always green.

What keeps life the most colorful is Allison’s family. She has three beautiful daughters: Sydney, Skylar and Spencer and shares her life with her husband and radio partner, Marc Clark.

They are all in for this next adventure.

“She’s very much herself, and it’s a beautiful thing,” said youngest daughter, Spencer.

Her oldest, Sydney, says her mom, “loves everything about being here, the people, the food, the tradition. Everything.”

And, her middle daughter, Skylar, says her mother’s humor is what makes her so relatable.

Lesli considers Allison part of her family, too.

“Now Allison” said Lesli, “You know I love you, but there is another matter altogether.”

When these two friends get together the battle for the “Real HU” always seems to come up.

Howard University, where Lesli attended college, was founded in 1867. One year before the founding of Hampton University, Allison’s alma mater.

“I’m going to give you this,” said Allison. “You are the Mecca, but we are the best HU.”

Then, Lesli said “There is only one Real HU and it’s this one.”

Funny banter between old friends… and a battle that won’t likely ever be settled.

But, what you can count on, is seeing Allison each morning from 4:30 to 7am.  And, Lesli says, she’ll be cheering for her dear friend from the “other HU” to make her mark at her new home. 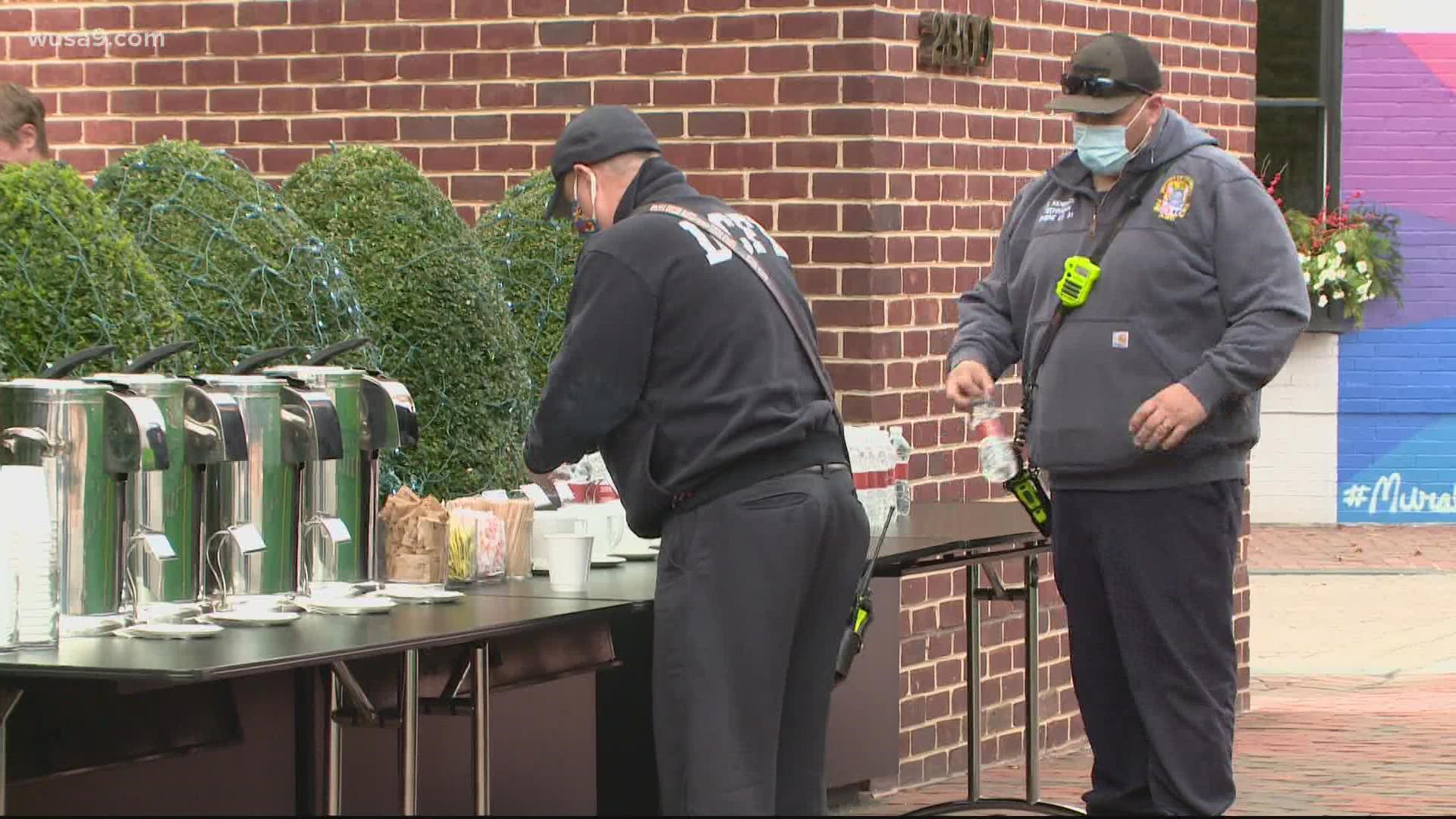