The death of George Floyd was thought to be a watershed moment in relations between the police and the community. It's been anything but. 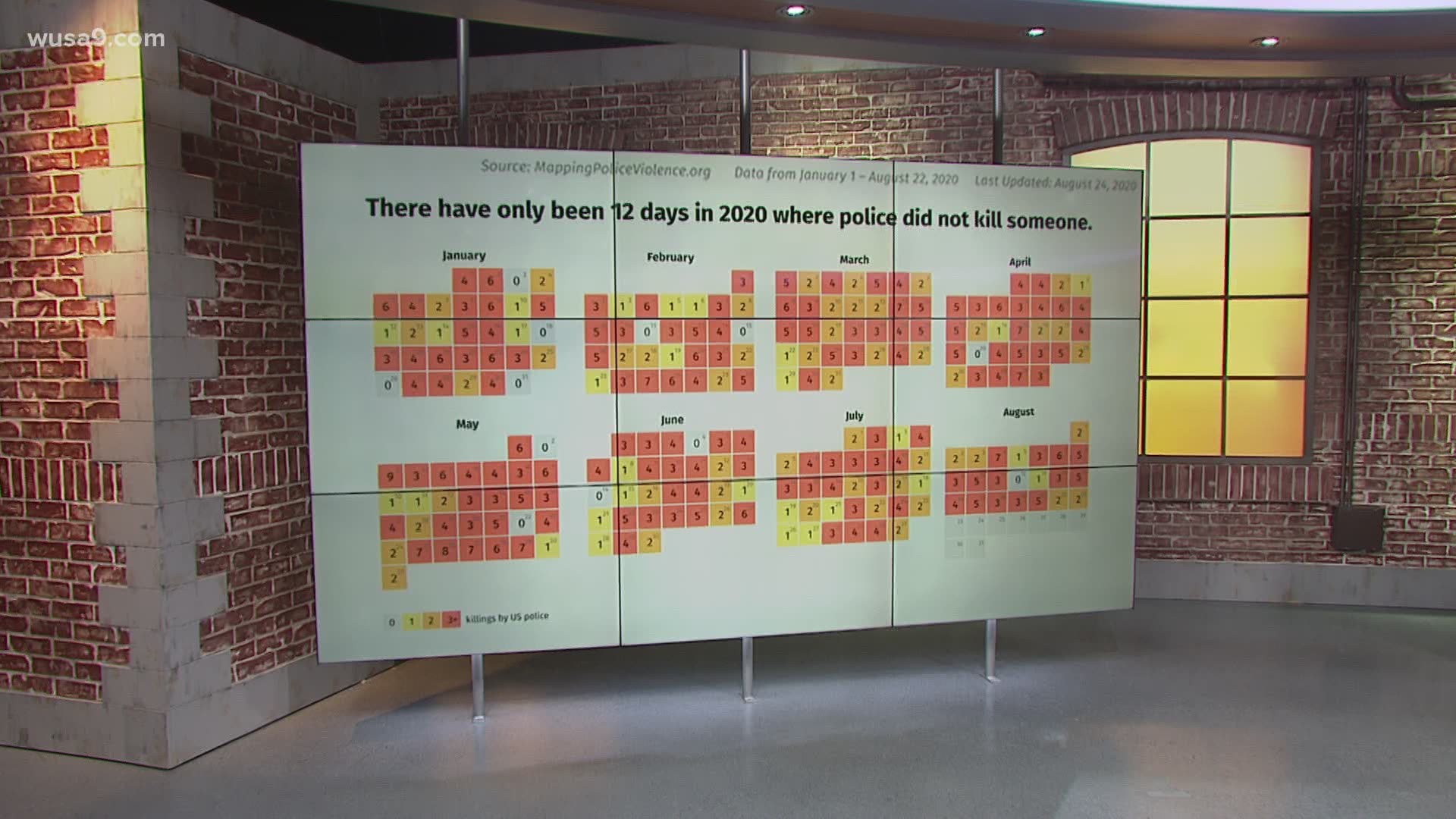 WASHINGTON —
George Floyd died calling for his mother on May 25, and our nation was taken aback by the nature of his death. With the protests that followed and the gestures of solidarity from all corners, it was thought that what we had witnessed would become a watershed moment in the policing of the Black community. That finally, the fear and pain would be recognized and validated. That the time had come for reform. Enough is enough. We allowed ourselves to feel a glimmer of hope.

Yet, per mappingpoliceviolence.org, since May 25, there have only been three days that haven’t seen an officer-involved killing. As of August 24, this amounts to 751 people, an average of more than three per day.

Thankfully, Jacob Blake didn’t find himself added to this number. At least not yet. Right now, he’s lying in a hospital bed in critical condition. Paralyzed, but alive.

The violence that we watched him endure causing a community to once again feel that fear. That pain that drives people into the streets to raise their voices in frustration.

It's a pain that caused athletes across the sporting world to say, "not tonight." It’s a pain that we were told was going to be respected and listened to. But instead, its pain that's been met with heavy handed calls for law and order, and armed vigilantes. Vigilantes told by authority, “We appreciate you”.

These calls for law and order are precisely why the streets have been filled every night.

You see in Kenosha, Wisconsin, Portland and Minneapolis just how hard they will fight to protect it.

We are indeed quite a ways away from an end to this fear and pain, as officers walk among us with whom we know an interaction can end in death. Even if you’re just sleeping in your own bed.

So where do we go from here? What's the plan? Don't you know, it's already on lawmakers' desks: the Police Reforms Act. But sadly, it will sit there unsigned as long as we continue to protest, unheard.

Lawyer: It would take 'a miracle' for Jacob Blake to walk again after police shooting https://t.co/md5thQNWDJ

RELATED: Calls went out for armed vigilantes in Kenosha before deadly shooting

RELATED: Professional athletes putting games aside to focus on racial justice – and fans are paying attention