Jetpacks, surveillance, and a 26-hour workweek. Here's what past generations expected for 2020

Humanity is always captivated by predictions of the future. So what did past generations think 2020 would look like? 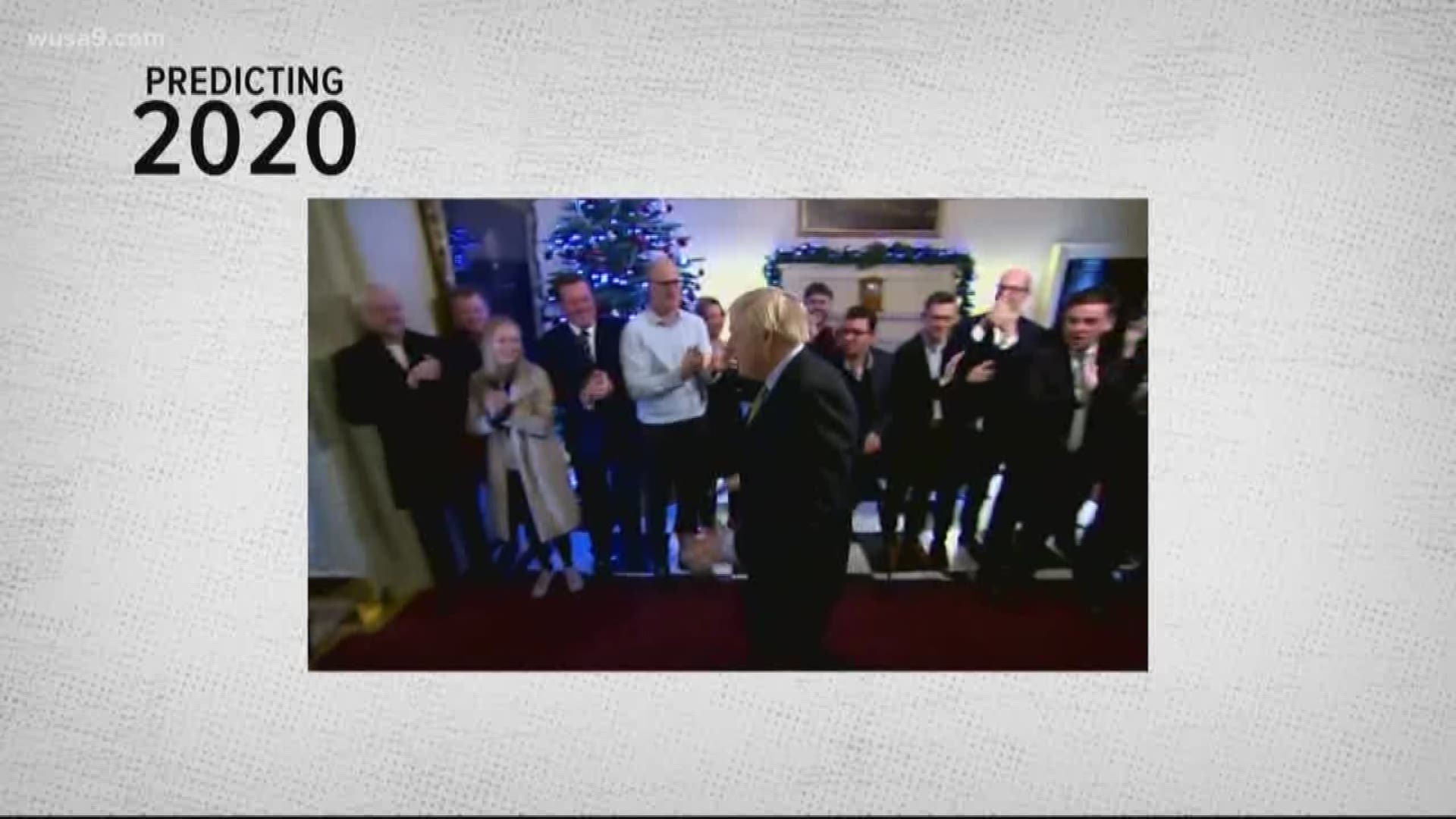 WASHINGTON D.C., DC — Jetpacks, surveillance, and a life expectancy of 100 years old. Those were just some of the predictions for 2020, made by past generations.

So which were on the right path, and which were way off the mark? WUSA9 looked into it.

This prediction was made in 1968 by a mathematician and scientist named DG Brennan. In that year, he predicted that anti-gravity belts would "revolutionize the tactics of land warfare."

In particular, Brennan believed Jetpacks and anti-gravity vehicles would become a normal tool in warfare. Clearly this hasn't been developed on a widespread basis.

Although a quick search of Youtube will show various videos of Jetpacks being tested. So perhaps, this technology isn't far from being used in war.

Here's one we all wish were true. Futurist Ray Kurzweil predicted in 1999 that life expectancy would rise to 100 years old by 2019.

Unfortunately, this has not come true. Globally the rate hovers just below 75-year-old, and in the United States, that number sits just below 80-years-old.

Kurzweil made another ominous prediction, writing that privacy would become a huge political and social issue in 2020. He predicted that every move we make would be tracked and "stored in a database somewhere."

This prediction has indeed come true in a lot of ways. Smartphones can track our exact location at any given moment. Every Google search and Facebook post is collected and analyzed, creating a digital footprint.

And this new technology has become even more apparent when looking at countries like China, where widespread surveillance programs have been initiated.

Another prediction came from futurists Peter Schwartz and Peter Leyden, who wrote their prediction in a 1997 article, titled 'The Long Boom.'

What's startling about this prediction is that Boris Johnson was just a journalist at the time, who had never held public office.

In 1994, The International Food Policy Research Institute made a prediction for 2020 as well, estimating the world population would reach 2020. That would mean a massive jump of 2.5 billion people in a quarter-century.

This prediction proved to be very close, as the most recent estimate by the United Nations puts the world population at 7.7 billion people.

That same U.N. report estimates that the population will continue rising, jumping by another 2 billion people by 2050.

Most experts would probably argue that this one has not panned out. In 1968, a political science professor at MIT named Ithiel de Sola Pool, made the following optimistic prediction:

Many would argue that the global attitude has in fact gone in the other direction. Whether it's the 'Brexit' fight in England, the 'America First' mentality in the United States, or the rise of populist strongmen in countries like China, the Philippines, and India, this Nationalist sentiment is on full display.

Here's one we all wish was true. In 1968, physicist Herman Kahn and futurist Anthony J. Weiner said that Americans would have 26-hour work-weeks by 2020.

In reality, Americans work on average 35 hours per week, according to the Organization for Economic Co-operation and Development.

RELATED: These are 7 of the most popular New Year's resolutions