The bridge officially reopens to traffic on Friday. 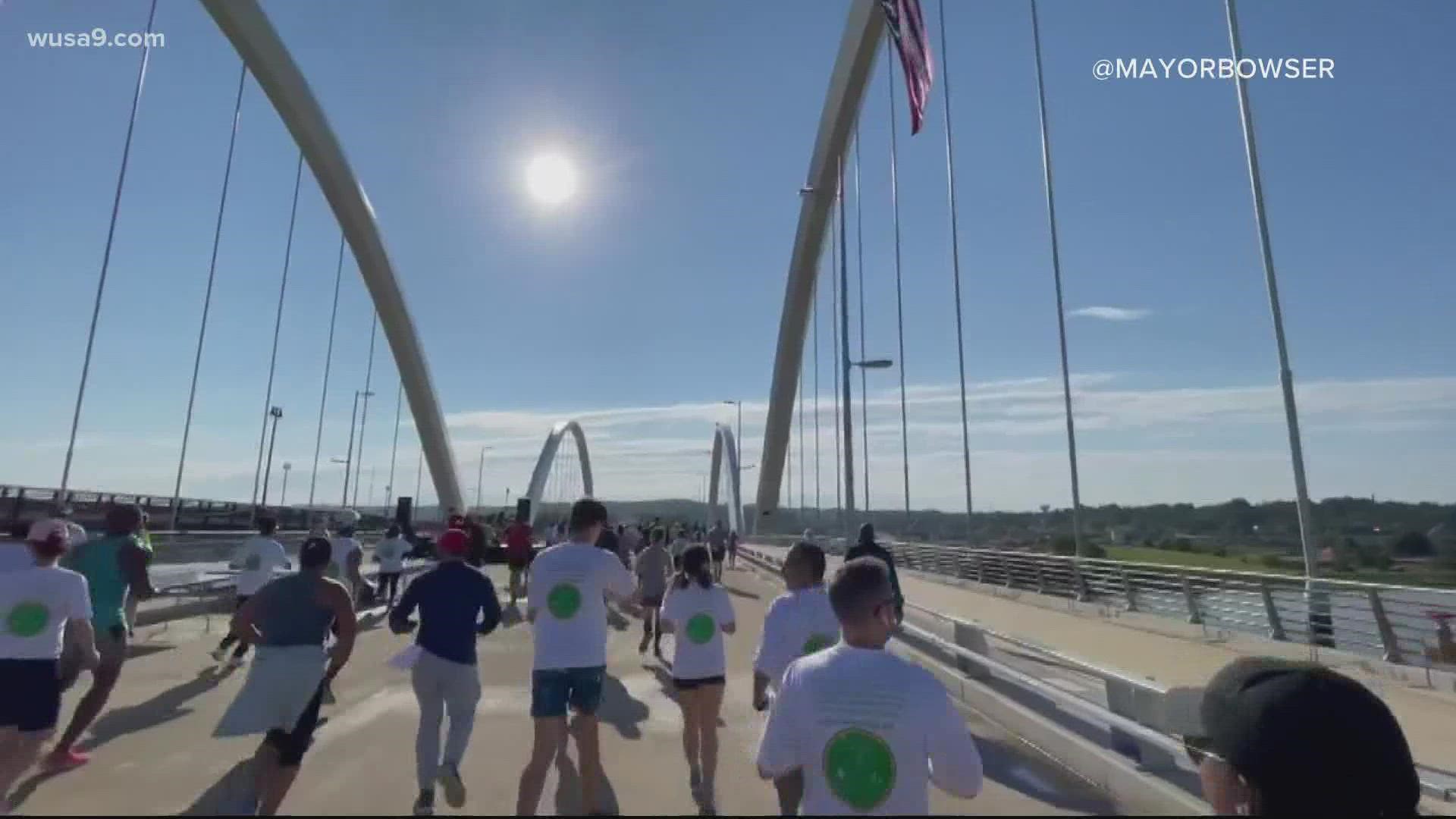 The bridge spans the Anacostia River and helps cars, pedestrians and cyclists get across. It's one of the largest public infrastructure projects in D.C.'s history. It cost $480 million to complete.

The new Frederick Douglass Bridge is bigger than its predecessor with six lanes and wider sidewalks.

“The new Frederick Douglass Memorial Bridge is a fitting tribute to an iconic Washingtonian, a forefather of Black excellence who we continue to emulate and who helped build Washington, DC into the city we are today. This project was never just about getting people from Point A to Point B, it was about building a more connected DC – connecting Ward 8 and Ward 6, connecting residents to jobs and prosperity, and connecting our entire community to the future of multi-modal transportation,” Mayor Muriel Bowser. “Today, we celebrate all the federal, regional, and local partners who helped get us here, including our champions in Congress, Congresswoman Norton and Majority Leader Hoyer, the Douglass family, and the teams at the District Department of Transportation and South Capitol Bridge Builders.”

Descendants of the bridge's namesake were also in attendance Tuesday.

“Washington, D.C. has been a very special place for the Douglass family since Frederick Douglass moved his family here nearly 150 years ago,” said Kenneth B. Morris, Jr., great-great-great-grandson of Frederick Douglass and co-founder and president of Frederick Douglass Family Initiatives. “We are thrilled that this magnificent bridge will serve to educate the public about his legacy, connect D.C. to the neighborhoods where he worked and lived, and inspire future generations to agitate for change. My mother, Nettie Washington Douglass, represented the family when the original South Capitol Street Bridge was renamed for our great ancestor in 1965, and I’m honored to carry on that tradition and represent her and the entire Douglass family at the dedication of the new Frederick Douglass Memorial Bridge.”

The bridge will officially open to traffic on Friday, Sept. 10.

What a day! Thank you to the thousands who joined us this morning to celebrate the opening of the #NewFDMB. 🎉 Check out some of our favorite moments from the #NewFDMBOpening 5K and Community Day! Don't forget to tag us! #Progress #RemakingTheBridge #FDMBVantagePoint pic.twitter.com/non5R84sf6

The work is done nearly a month ahead of the previously announced October opening date, but the whole project, which includes large oval roundabouts on both the Navy Yard and Anacostia side, won't be done until next spring.

RELATED: VERIFY: Yes, 45,000 bridges in the US are in poor condition

RELATED: 'Back to the Future' DeLorean among classic cars at the Capital | It's A DC Thing