The league has denied their MVP a medical exemption, even though her doctor says she is at high risk for coronavirus. 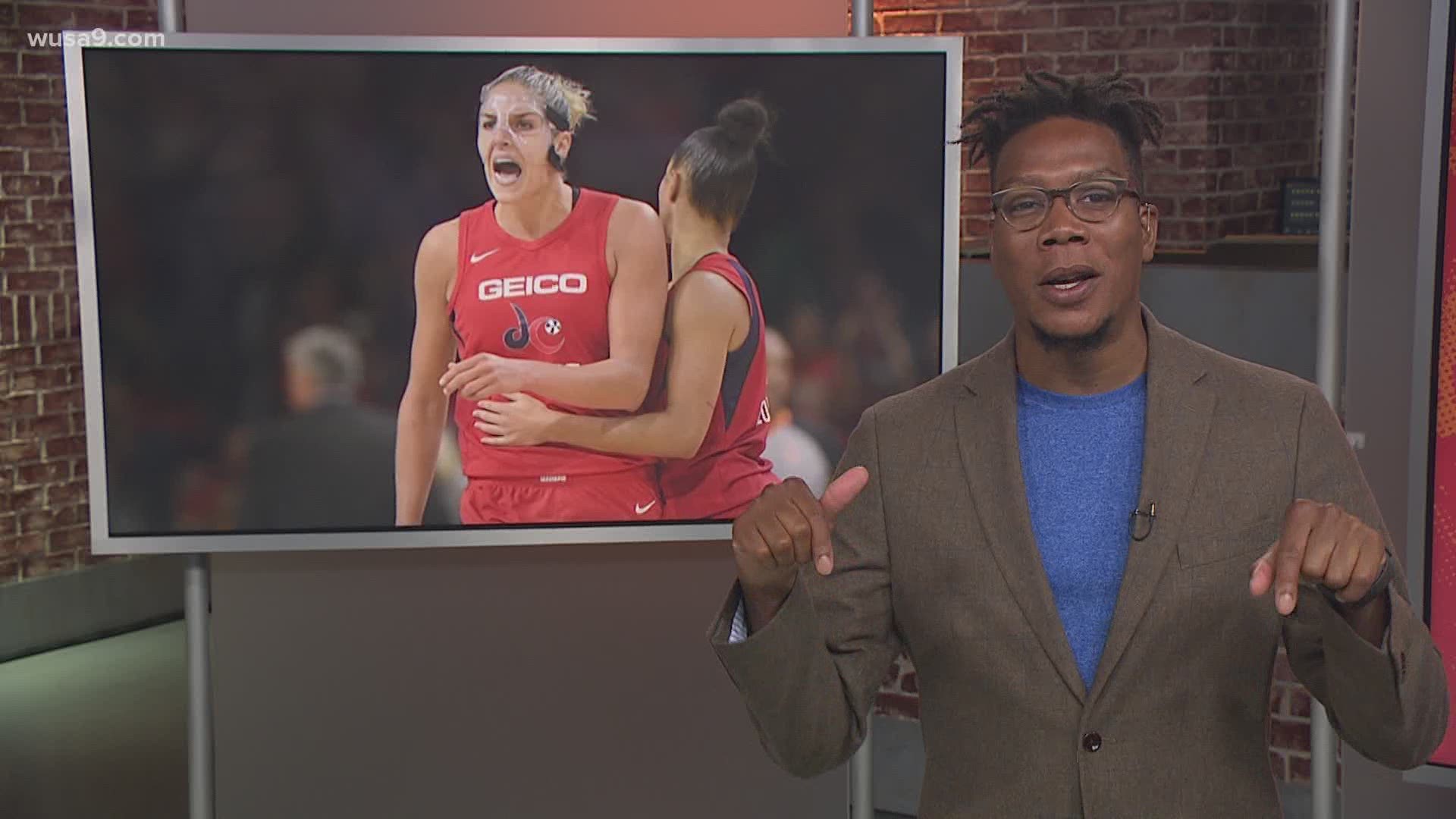 WASHINGTON — The WNBA has had a few moments of concern while preparing to tip-off their upcoming season, and they just got hit with another one involving arguably the best player in the league.

On Monday night, the reigning MVP, D.C.’s own Elena Delle Donne announced that they have denied her request for a medical exemption, putting her in a tough spot.

Delle Donne, who has been battling Lyme Disease for years, has been advised by her personal physician that she is at a high risk for contracting and having complications from COVID-19. The denial now forces her to have to make a tough decision; sit out this season and lose a year’s salary, or go against her doctor's advice, cross her fingers and join the league in their bubble down in Florida, which right now is COVID central.

Many of you know about my ongoing battle with Lyme Disease, and a compromised immune system. For now I'm following protocol and waiting for a risk assessment from the league medical panel. Missing my teammates but health and safety are the priority 🙏 https://t.co/3oChtiaqXJ

The panel of doctors that the league has appointed to review players' requests claims that she is not high risk, and that she’ll be fine in the bubble, where the cameras are. This is significant because, per the recently signed agreement between the league and the players, any player who is deemed at-risk for the virus and chooses to sit out this season is to receive full pay.

Now, you guys know me. And as you know, I hate to sound cynical, but I have to wonder: could the panel’s decision have possibly been influenced by the fact that some of the league’s top players, including Maya Moore and Mystics point guard Natasha Cloud, have already opted out of the season to pursue social justice concerns?  And that the further loss of players to health concerns, including the face of the league, could result in fans not tuning into games?

Now, I’m not saying that the thoughts of this had any bearing on their decision, I’m just asking questions. This is why leagues should have independents doctors, whose opinions can be seen as completely unbiased.

Putting the league aside, the loss of Delle Donne would be tough on our Mystics, who added 2012 MVP Tina Charles this year in preparation for another title run. She’s waiting to see if her own request for an exemption will be approved.

Coach Mike Thibault has their backs though saying, “The health and well-being of our players is of the utmost importance.” As it always should be.

It’s still possible that Elena will play this year, and we’ll get to see it. But first, she’ll have to discuss it with her wife and make the best decision for her and her family, but she shouldn’t have been put into a position of having to choose between her livelihood and her health in the first place. When did athletes become essential workers? And by the way, Elena, if you're reading, we have your back too.

The #Mystics just announced that Elena Delle Donne and Tina Charles have entered the WNBA player medical evaluation protocol. They did not travel with the team to Bradenton @wusa9 @WUSA9sports

RELATED: Better late than never, Mystics finally will have their parade