In benching Dwayne Haskins, it's business as usual for the Washington Football Team | Reese's Final Thought

The Washington Football Team is continuing its time-honored tradition of “can’t get right.” 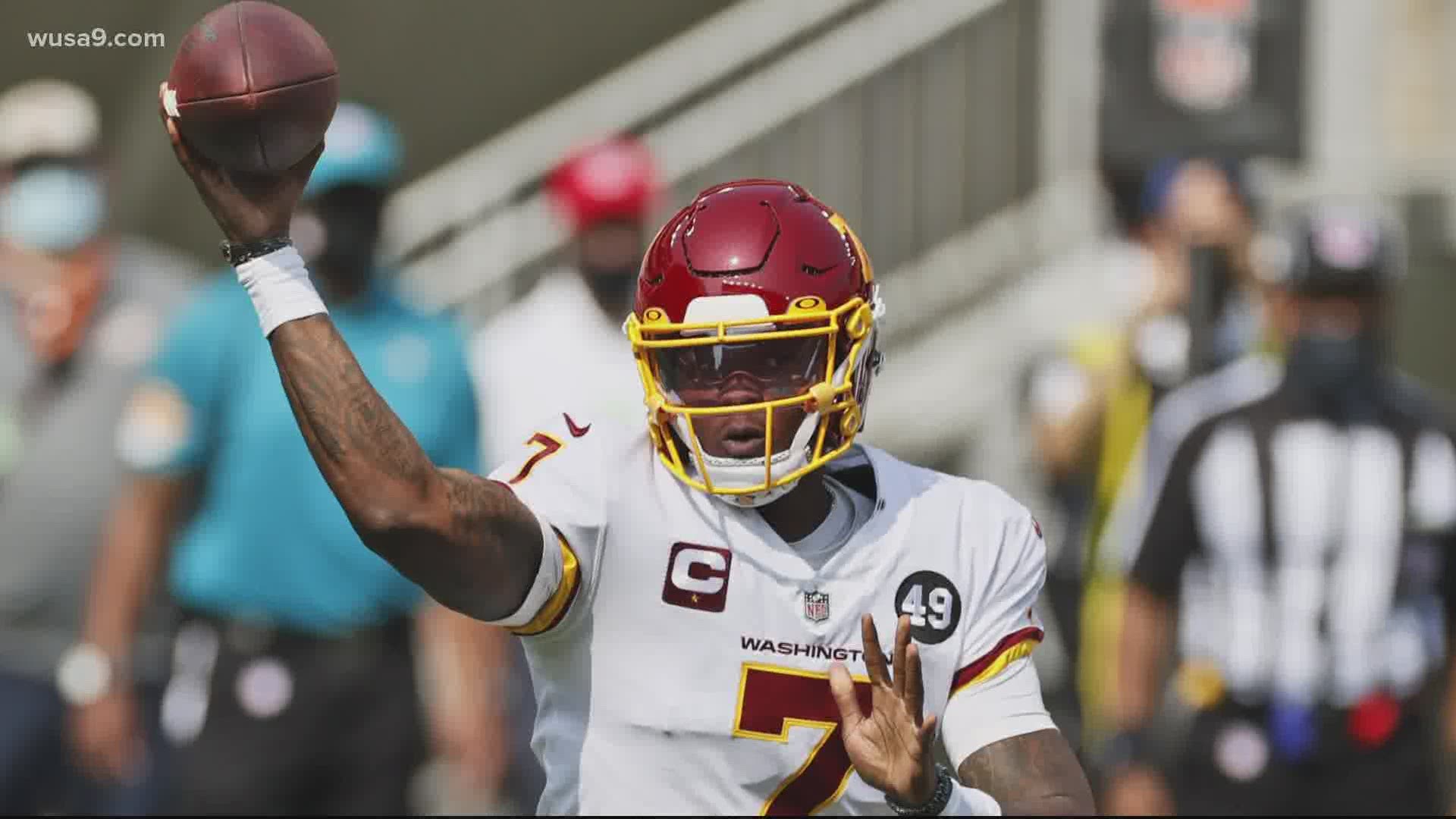 WASHINGTON — That’s right. The Washington Football Team benched Dwayne Haskins and will now go with Kyle Allen as the starter. Just when you think this team has started to turn a corner, they remind you of who they really are all over again.

After being drafted 15th overall and playing 13 games for three different head coaches, he’s been demoted to 3rd string days after putting up a career-high 314 yards against the Baltimore Ravens and their All-World defense. And better numbers than the Giants' Daniel Jones or even the Eagles' Carson Wentz, for that matter, who both still have jobs.

The Washington Football Team is not going to the playoffs this year no matter who is under center.

Everything about this team screams out “rebuilding.” Even the name is rebuilding! The worst part is if he failed we just get a better draft pick. It's a win/win in the form of a lose/lose. Then again, Clemson's Trevor Lawrence is still in college and he already deserves better.

Black quarterbacks can't ever catch a break. He's only playing for one of the most dysfunctional organizations in all of sports. Why not give him a full season to grow? To quote my mother: where you think you goin? Playoffs? Playoffs?!

What about Kyle Allen failing in Carolina told you he was worth throwing away not one but two potential franchise quarterbacks? He already got Ron Rivera fired once.

I’m still traumatized from seeing Alex Smith. I don't know if I can handle his return to the field. I might get flashbacks.

This just lets me know that as much as the Washington Football Team has been selling us all on moving in a new direction and building a winning culture, it's the same mess we’ve gotten used to seeing ever since Joe Gibbs retired. The first time.