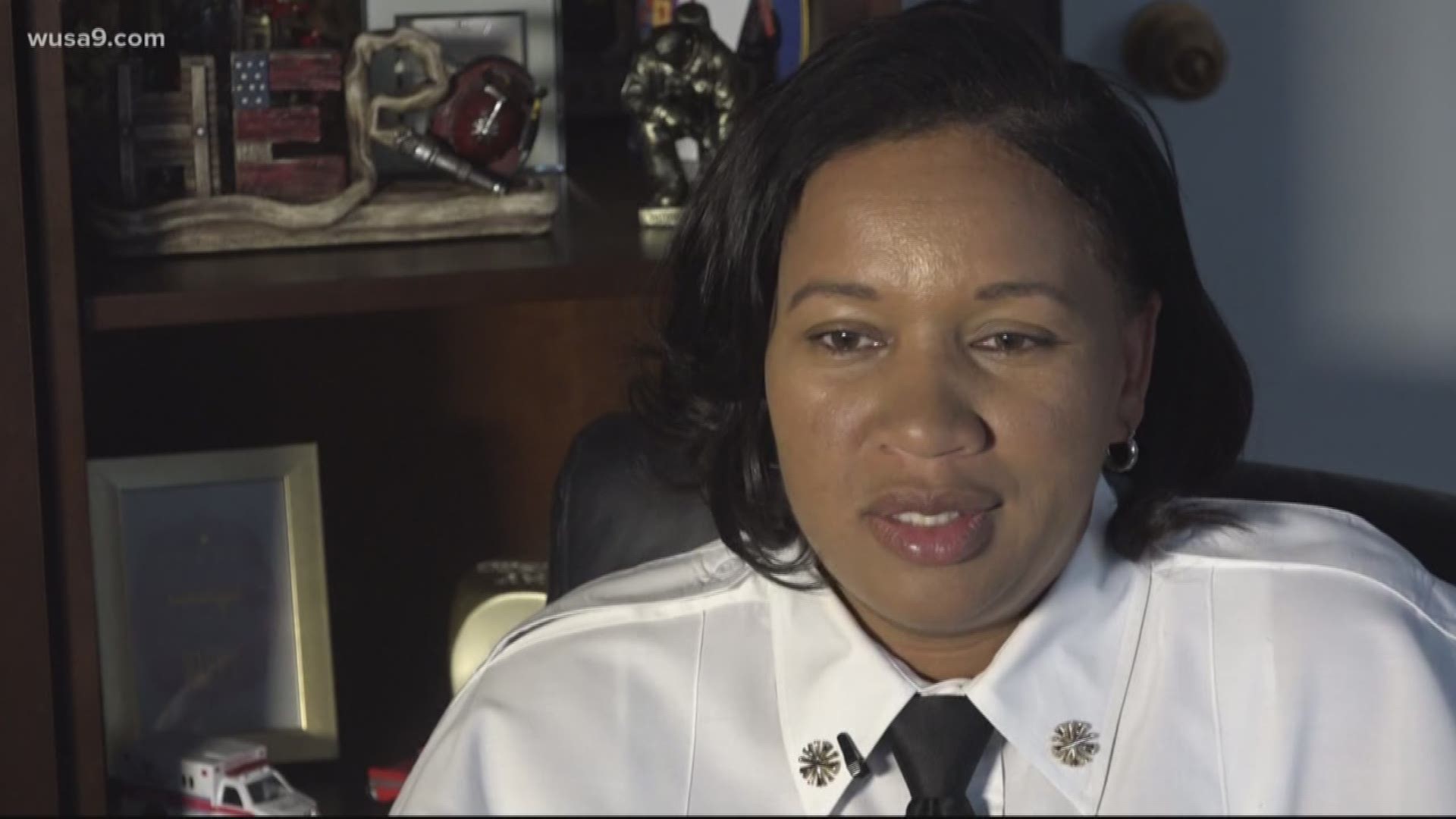 PRINCE GEORGE'S COUNTY, Md. — You may have heard the name Fire Chief Tiffany Green. Green made history when she was sworn in as the first female fire chief at the Prince George's County Fire Department.

"I decided to become a career firefighter in March of 1999. That's where my career started," said Green.

When Green first joined the department decades ago, she never imagined she would rise to the rank of Fire Chief.

"Honestly, I did not see anybody who looked like me in this position. When I first came into the job I really just wanted to serve and be a firefighter," said Green.

Green said she has seen the number of women within the industry grow significantly during her time with the department. Today, 16% of the career firefighters at the Prince George's County Fire Department are women, according to Green.

"It is not easy and I tell women that all the time. The journey is not easy but it is worth it. Numerous times in my career I had those setbacks where I wondered if I wanted to continue doing this. This is a male-dominated profession and for women it is difficult. You come into the firehouse and you need to prove you can physically do the job so what I would say to them is to come to the table and continue to work every day to reach your goals," said Green.

Green has worked as a firefighter, paramedic, station commander and more. Green said she plans to use her combined 24 years of career and volunteering experience to continue to move the department forward.

"Don't let one setback deter you from your overall goal," said Green. 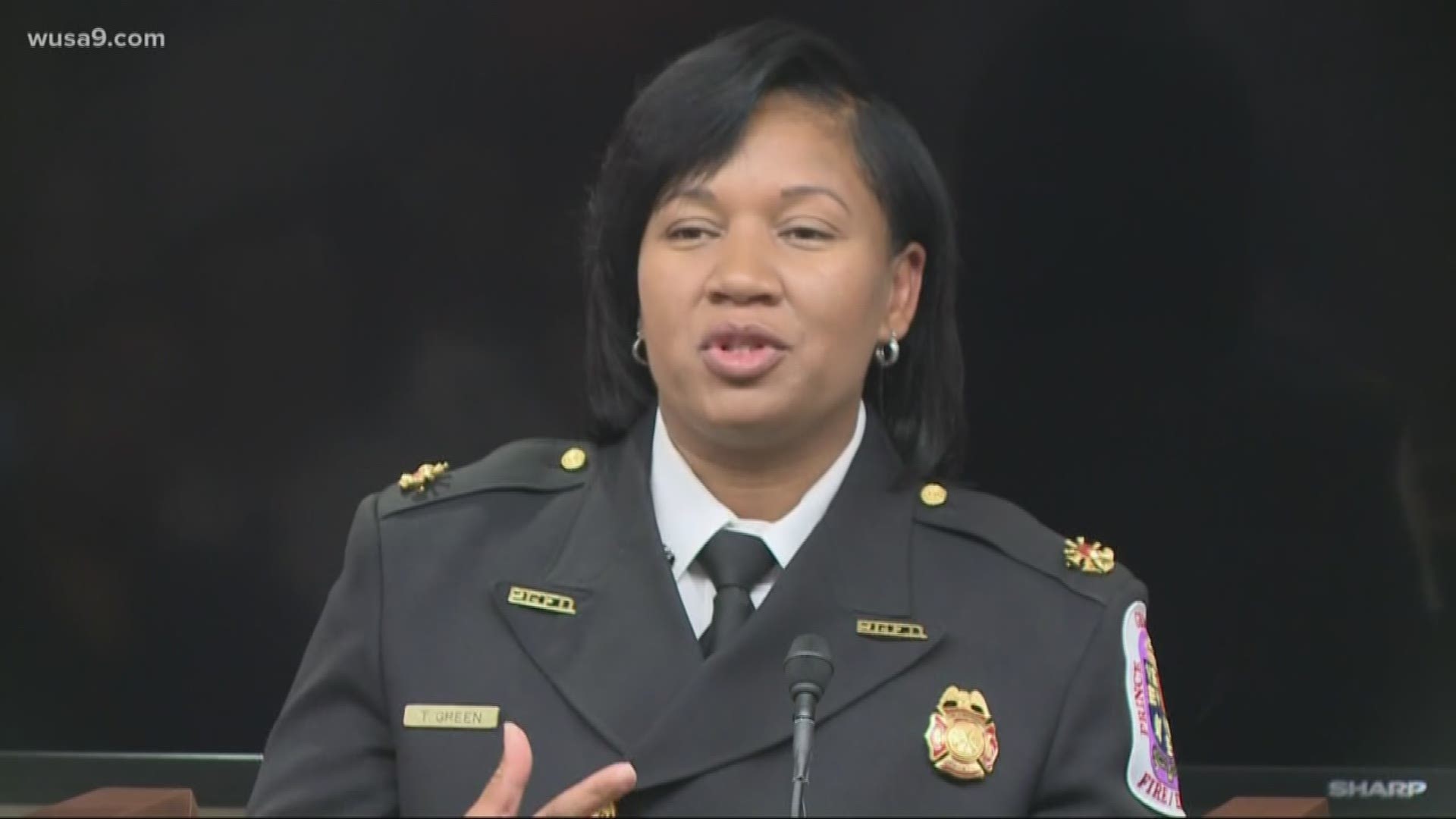 "We are not just proud that she is the first female fire chief in our county's history, but the truth of the matter is -- although she is a Prince Georgian and a female -- she will be named interim chief because she is qualified," Alsobrooks said.

Alsobrooks stressed that despite Barksdale's retirement, Green would still be next in line to become the interim chief due to her experience and her accomplishments. 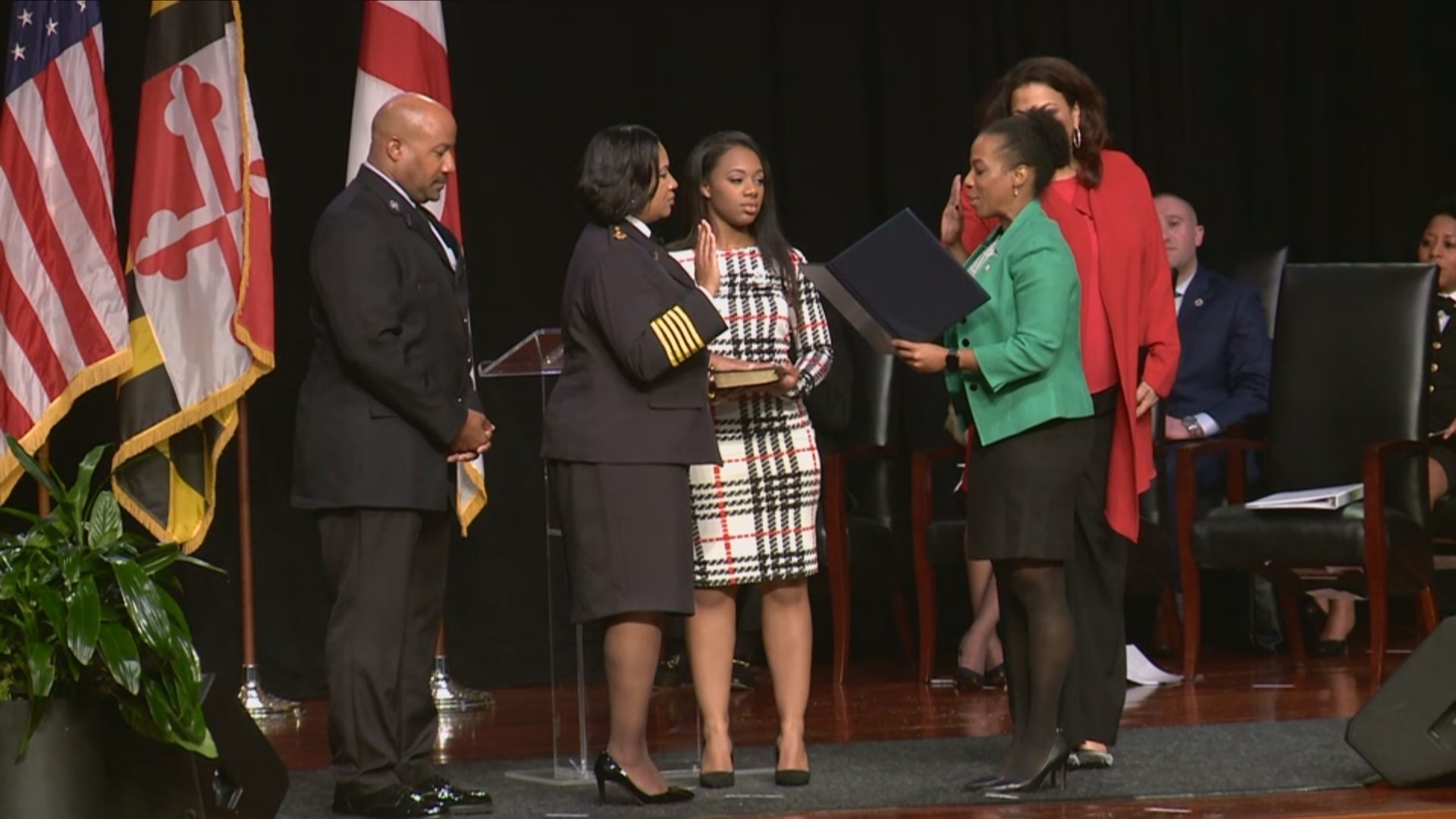