One voice and one message is needed right now. Let's hope DC's mayor can find it | Reese's Final Thought 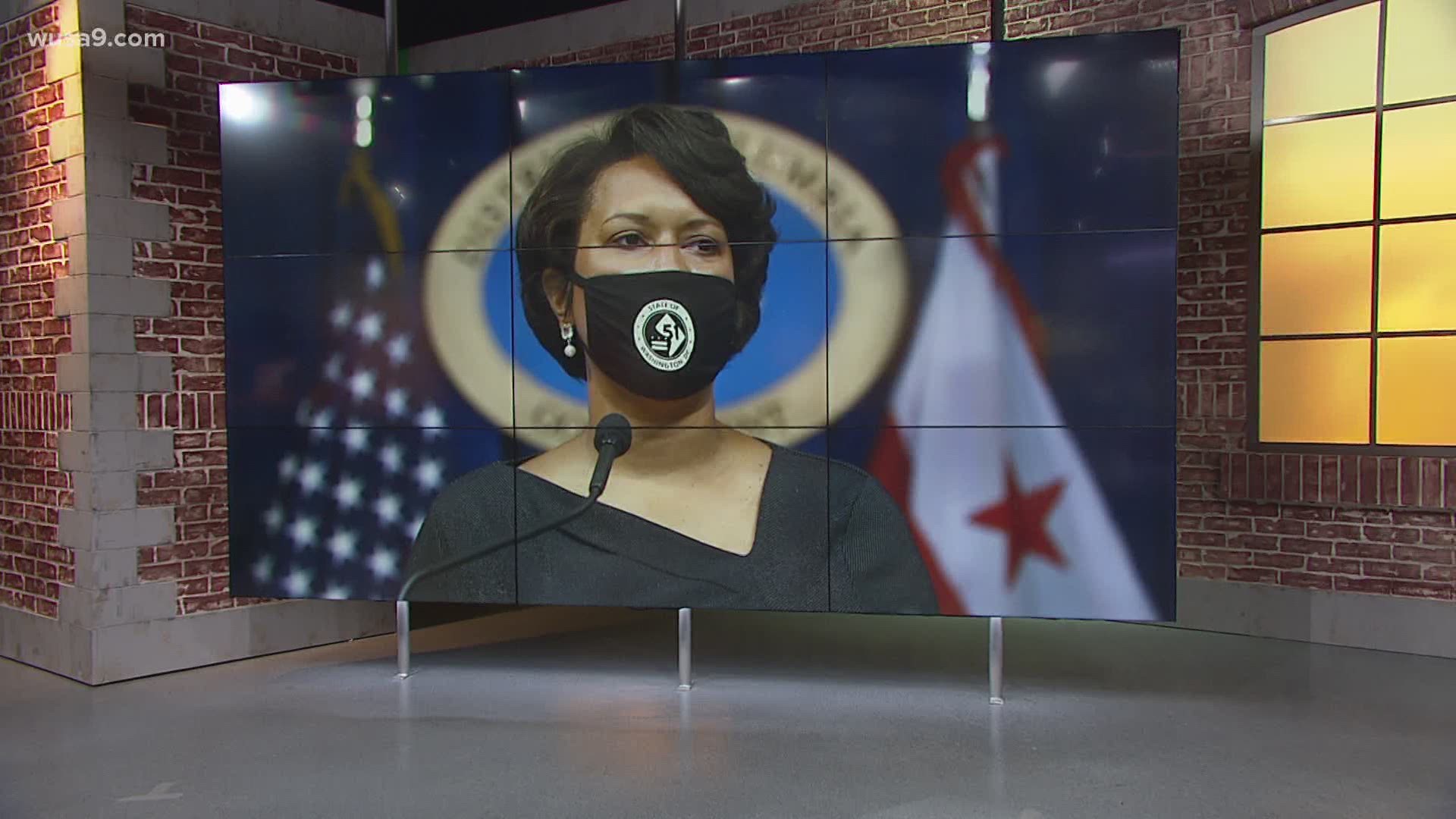 WASHINGTON — Following recent confrontations between protesters, a few members of the public and law enforcement, lawmakers in Congress are pointing their fingers at Mayor Muriel Bowser.

They're accusing her of allowing the streets of D.C. to be overrun with violent, left-wing agitators. Congressmen Jim Jordan and James Comer sent the mayor a letter condemning her inaction and demanding that she turn over any documents concerning D.C.’s response to what they call violent agitators.

Local civil rights organizations have also pointed their fingers at her, concerned by what they see as an overly aggressive response to protesters taken by the Metropolitan Police Department. They also point out the irony of her words of support for the protesters and they cause they are marching for -- an end to police violence -- while at the same time demanding that the federal Justice Department prosecute individuals for assaulting police officers. A demand that the U.S. attorney for D.C. claims lacks evidence.

It can also be noted that the mayor recently stood before the country and condemned the use of military force deployed against citizens fighting for racial justice, while at the same time calling up the District’s National Guard.

This is challenging time to lead this city. We have yet another police involved shooting on our hands. The details of which are scarce at this time, but we do we do know that a young Black male has lost his life. Again. This loss of life bringing a tired people back out into the streets. Out to do the only thing they can: Raise their voices against what they see as an ongoing assault on the community.

That’s what protests are, the raising of tired voices. Yes, there are few among the tired who take advantage of the moment, looking to create dissension by destruction, bringing a sense of lawlessness. But the vast of majority those out on the street are entirely peaceful. As they have been and must continue to be.

Perhaps if law enforcement had better relations with this peaceful majority they could work together, removing the dark element, improving the situation for everyone. Unfortunately, this isn’t the case.

In what looks to be an attempt to placate everyone -- both “sides” -- our mayor seems to now find herself effectively wedged between the two. She's speaking a different language to each.

What is needed is one clear voice, that all can understand. A voice based in justice, for everyone, and accountability for all. My hope is she finds this voice, soon.

And to those in the streets raising your voice, know that your frustration is shared by many. But also know that your collective voice is muted by the actions of the worst among you. Please do your part to keep that from happening.

Protest organizers are asking participants to tweet @MayorBowser and request the release of the body camera footage from today's fatal shooting by an MPD officer. pic.twitter.com/fslobGoei1

RELATED: Bowser and US Attorney's Office at odds over DC protest arrests and prosecutions