This Florida politician has a hot take on DC's food scene

Rep. Omari Hardy tweeted his thoughts on DC food, and got some swift rebuttals. 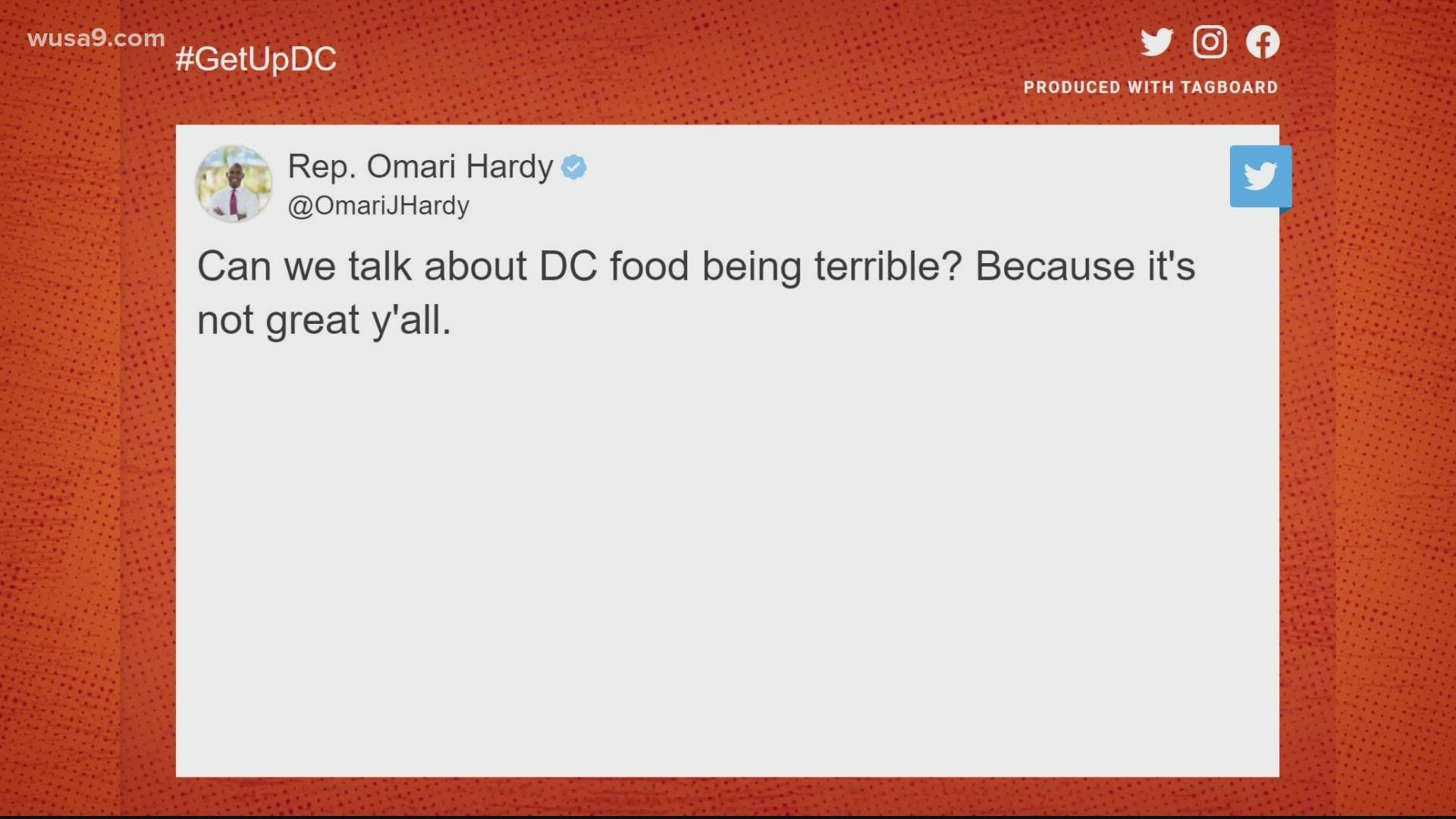 WASHINGTON — People on social media are serving Florida Congressman Omari Hardy a taste of his own medicine after he took to Twitter to call D.C.'s food "terrible."

This is true. Florida does not have any Michelin stars, and D.C. has more than 20, but that may be because the Michelin Guide, who hands out the stars, is only in a handful of U.S. cities: D.C., New York, Chicago, San Francisco and Los Angeles. But Baker's point still stands.

Can we talk about DC food being terrible? Because it's not great y'all.

Since Hardy posted the tweet, he's received more than 1,000 replies.

Rather than focus on the negative, we want to accentuate the positive. Tell us what your favorite D.C. restaurant is.

RELATED: DC has the most pizza places per capita in the country | It's A DC Thing

RELATED: 5 DC restaurants awarded Michelin stars for the first time during a pandemic

RELATED: He used to experiment on pizza in a Bethesda apartment. Now, he's considered one of the world's best pizza makers