There is a plan governing DC's growth that most residents aren't even aware of. 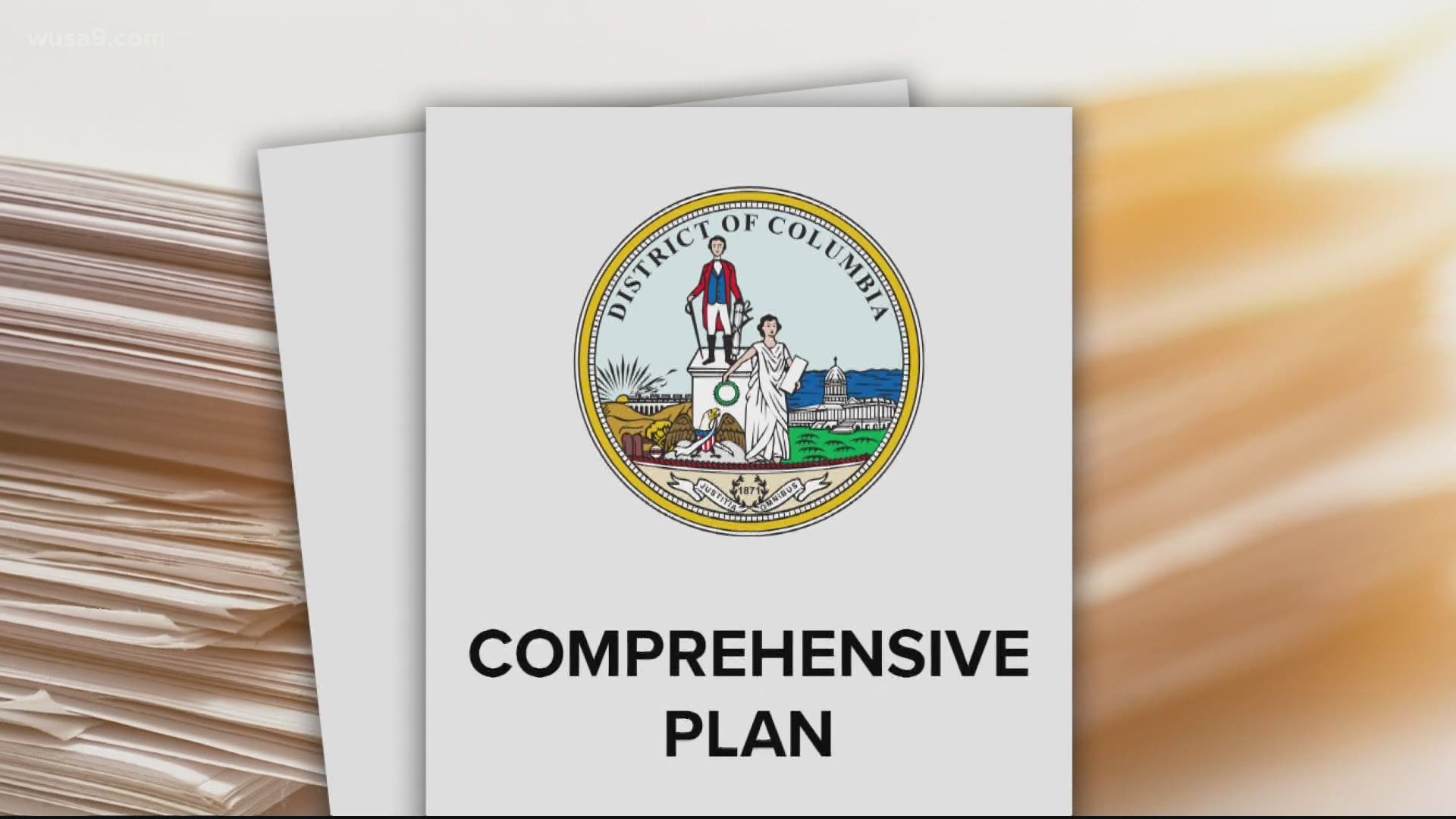 WASHINGTON — For residents of the District I’m sure there must be days when it seems as though the city is growing upward and outward with no rhyme or reason.

What many here aren’t aware of is that there is a documented plan controlling this growth, the programming of which affects us all.

Required under the Home Rule Act, D.C.’s Comprehensive Plan is a guidebook for any future growth, shaping several different elements that impact those living here including transportation, historical preservations and environmental protections. It also impacts housing, guiding developers on how much -- and where -- they can build.

Now, the plan is supposed to be reshaped every 20 years, but Mayor Muriel Bowser's administration feels that the current version, written in 2006, needed a mid-term update due to changing infrastructure and housing needs.

Consequently, D.C.’s Office of Planning has spent the past few years updating the document with an eye on the Mayor’s goal of building 36,000 new housing units by 2025. The hope was that an updated plan would be voted on this year, but recent public debates over proposed amendments about COVID-19, housing, equity and public resources resulted in the vote being pushed to next year.

Of chief concern to community activists, preservationists, and citizens who are skeptical of developmental projects is how much the new plan will open the city’s skyline to high-rise, luxury-priced housing, bringing with it even more gentrification.

The fear being that the updated plan doesn’t address low-income housing needs. Critics of the plan feel that it lacks enforceable protections for current residents and will result in citizens, more than likely Black, being displaced. Some wonder if new housing developments are even justifiable given that D.C.’s population growth has slowed in recent years, and the still-unknown effect that the pandemic will have on that growth. Should that be the focus? Or should the focus be on improving and expanding current affordable housing, slowing the supplanting of those already here?

Officials have had a long time to get this together. Until these changes are voted on, we sit in a holding pattern, and vulnerable populations are placed on unsure footing, whether they know it or not.

I hope that this time given for additional planning, involves serious thought being given to, and about them, rather than the short shrift they oftentimes get. That would be comprehensive

Care about development? Housing? Environmental issues? The ability to fight for progressive solutions to these issues depends on the direction of the Comprehensive Plan, and the council is taking up significant edits to sections of the plan.
https://t.co/xNYhIjWXfd