The #SheWillRise initiative recently led 100 Black girls dressed in judicial robes to stage an inspiring protest at the Supreme Court. 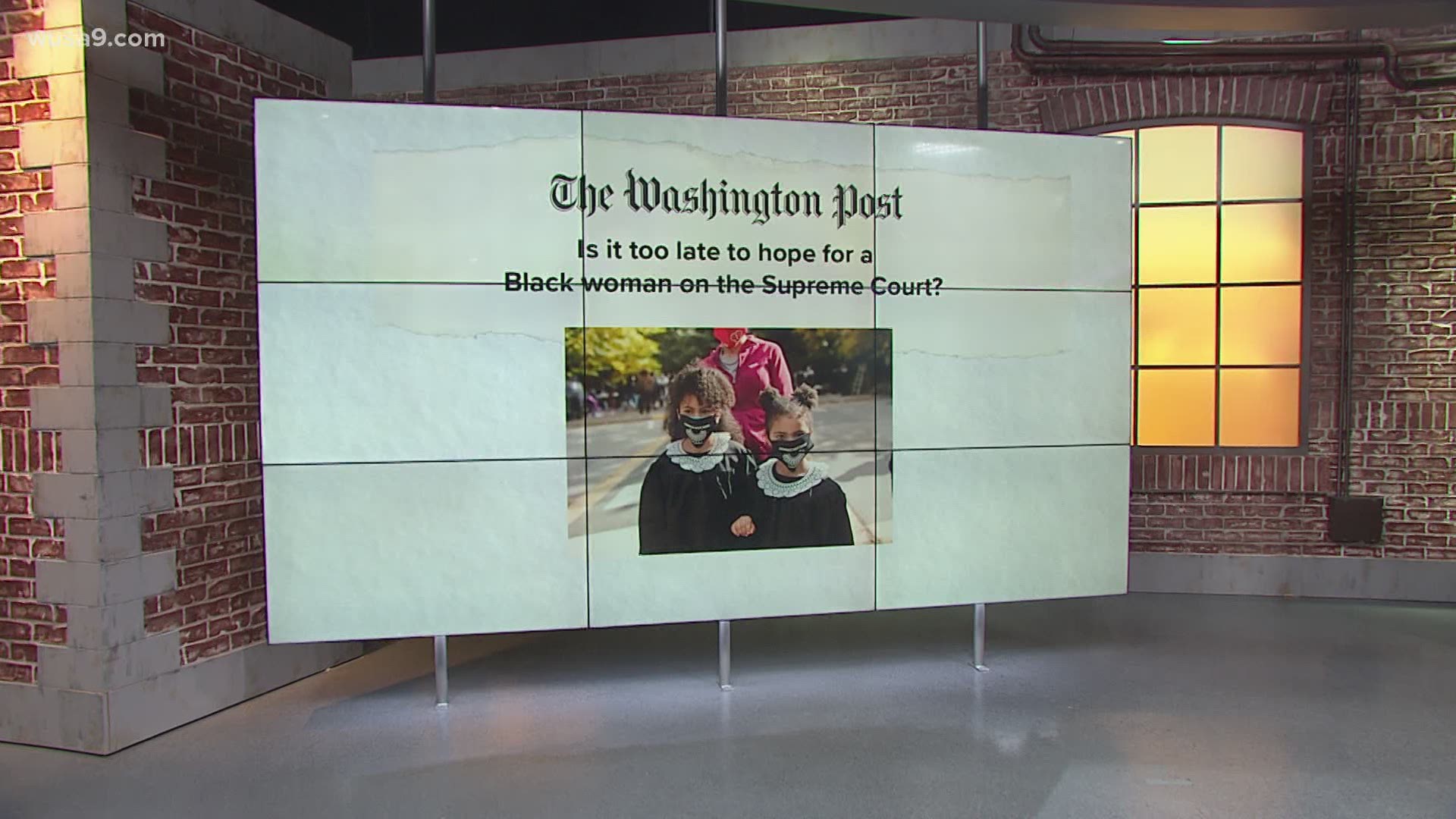 WASHINGTON — Today’s Most D.C. Thing comes courtesy of The Washington Post, which highlighted the #SheWillRise campaign, an initiative working to ensure greater equality in America by ensuring that for the first time ever, a Black woman justice is selected to the U.S. Supreme Court.

In the wake of the confirmation of Amy Coney Barrett, the coalition led 100 young Black girls dressed up in judicial robes went to the Supreme Court to launch a protest.

In February of 2015, the late Ruth Bader Ginsburg said “People ask me sometimes, when — when do you think it will it be enough? When will there be enough women on the court? And my answer is when there are nine.”

It's not too late to hope for a Black woman on the #SupremeCourt and we're working to change the narrative.

“Socializing and normalizing the idea of a Black woman on the Supreme Court is a conversation that has to begin now.” -@Kim_Tignor #SheWillRisehttps://t.co/xCUtiEEQEf

Representation matters. The visual of 100 Black girls dressed as judges is a powerful one. One that could inspire the next generation of great legal minds. Whether it’s the young ladies attending this protest who are inspired to follow in the footsteps of RBG and Thurgood Marshall, or the countless other Black girls who will see people who look like them taking that path, it matters. It displays a future of diversity and inclusion which is sorely needed in the American justice system.

This is the Most D.C. Thing because it’s the work of a coalition led by powerful Black women based in D.C., and it’s meant to inspire a generation to make the highest court in the land live up to the highest ideals of this nation.

To the young ladies who dressed up as judges as well as all of those watching this broadcast, you can become anything that you set your mind to. That includes a Supreme Court Justice.